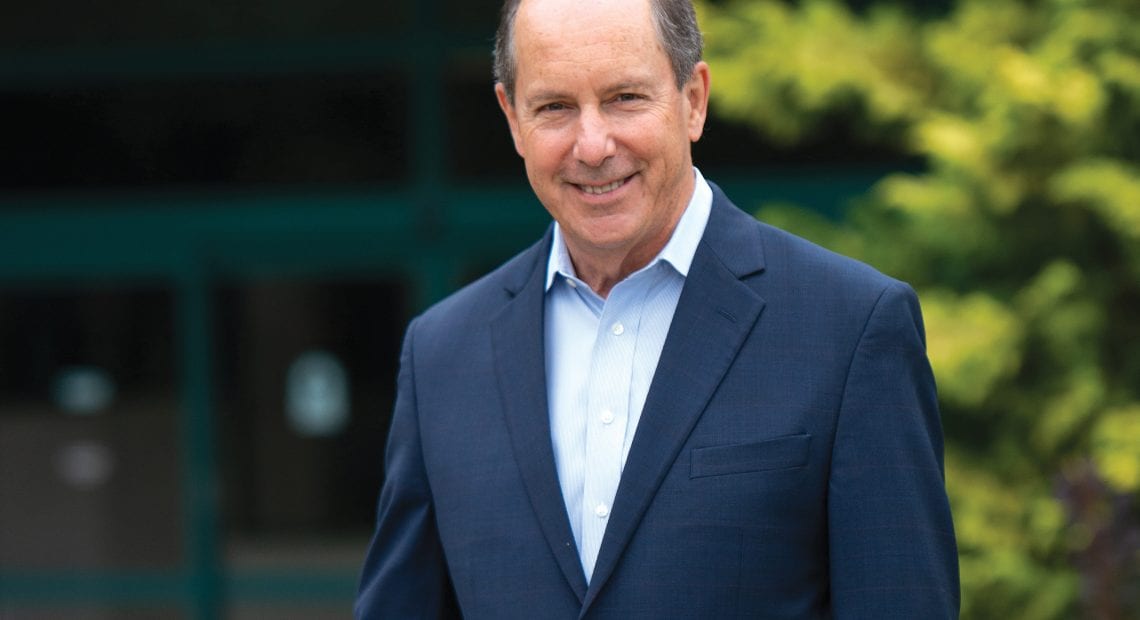 His Efforts to Coordinate the Region’s Pandemic Response Saved Lives 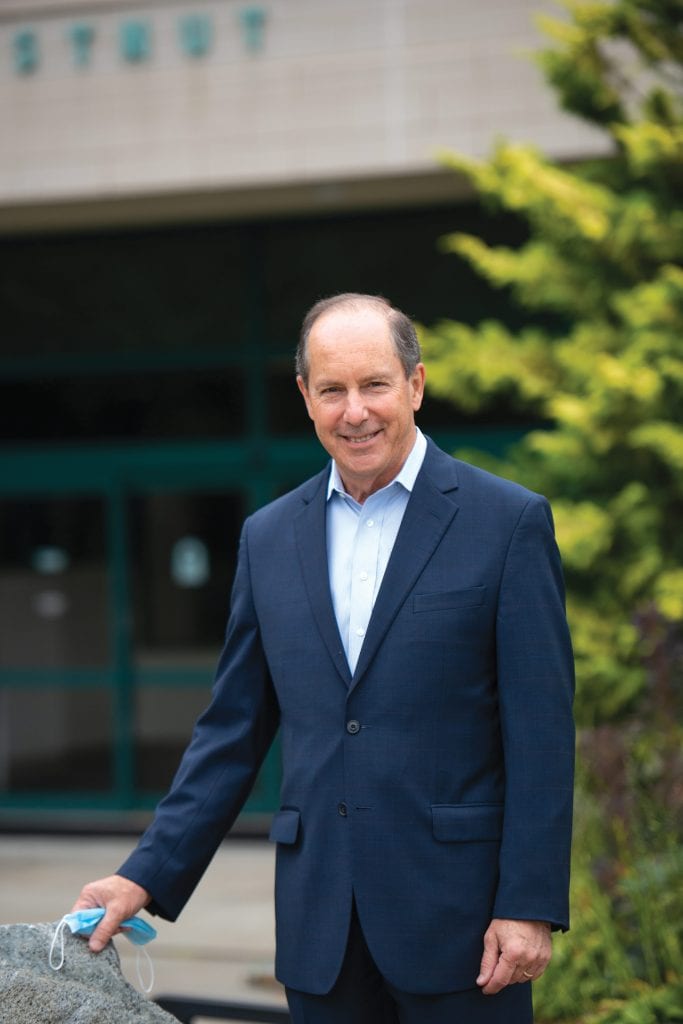 Dr. Mark Keroack doesn’t feel like a Healthcare Hero. But he’ll gratefully accept the honor on behalf of everyone who does deserve the award.

In his estimation, that’s a lot of people.

“Whenever some new challenge comes up, it’s been our tradition to step up and play a leadership role in Western Mass.,” said the president and CEO of Baystate Health. “I wish I could convert my award into an ‘unsung heroes award.’ So many things happened behind the scenes to enable us to step up.”

And so many people stepped up. Like Dr. Sarah Haessler, an epidemiologist who has long had a keen interest in emerging infections. “She got us to construct an ebola-treatment unit in 2014, and she put together a small team of people interested in unusual infections,” Keroack said. “That team reassembled this year, in early January, when they started issuing alerts looking out for anyone traveling from China.”

Or Dr. Lauren Westafer, an emergency medicine physician who helped determine, early on, that not rushing to place patients on ventilators actually decreased COVID-19’s mortality rate. “We were far ahead of the curve on that,” Keroack said.

Or Baystate Medical Center President Nancy Shendell-Falik, a former nurse who understands patient flow, he said, noting that Baystate, on an average day, has about 720 patients, but was able to open up hundreds more beds by postponing elective surgeries and finding other creative ways to open up space and redeploy staff.

Or Dr. Andrew Artenstein, the system’s chief physician executive — and, like Haessler, an infectious-disease expert — who led Baystate’s Incident Command Center. In addition to his day-to-day role coordinating the system’s pandemic response, he drew national attention after penning an account of a rendezvous at a small mid-Atlantic airport, where he and his team brought a $3 million check to purchase a large shipment of face masks and N95 respirators — and were temporarily accosted by the FBI.

“We realized we were on our own,” Keroack said of those early days, noting that the health system also received PPE donations from the construction trades and local manufacturers, who had shifted to making such equipment. It was a lesson to the region that local players could produce what they needed and not have to depend on a fractured global supply chain.

“I wish I could convert my award into an ‘unsung heroes award.’ So many things happened behind the scenes to enable us to step up.”

But he mostly applied the ‘hero’ designation to every frontline provider who continued to push past their health and safety anxieties and do their jobs. “They were able to do the right thing in spite of their fears, and are heroes in my book.”

That book includes story after story of collaborations Baystate forged in support of prompt community outreach, testing, education, and information, all with the goal of limiting the spread of COVID-19 and helping make Massachusetts — one of the hardest-hit states in the pandemic’s early days — an eventual model of how to control it.

On the local level, Keroack participated in Springfield Mayor Domenic Sarno’s weekly COVID-19 press briefings, leading the mayor to note that “Dr. Mark Keroack’s leadership and medical insight has truly been a great benefit for our city of Springfield as we have worked together to defeat and mitigate the spread of this virus.” Baystate also tested the homeless population and expanded testing to key neighborhoods in the city at the request of the state and local officials.

Keroack also convened calls with Westfield Mayor Don Humason regarding clusters of positive cases in Westfield’s Russian community and possible spread beyond its borders. Meanwhile, he conducted weekly calls with the Western Mass. legislative delegation and other area hospital CEOs, while crafting a plan with state officials on how Baystate would provide surge beds for the region.

“I set up an independent command center, and every day at 7:30, we’d call a group of people who included hospital presidents, heads of medical groups, people from infection control, supply chain, finance, communications … 15 people got on the Zoom meeting every day,” he said, adding that information from those sessions would be distributed as a bulletin at 11 a.m. “It was the most widely read thing at Baystate. Everyone knew every day where we were.” 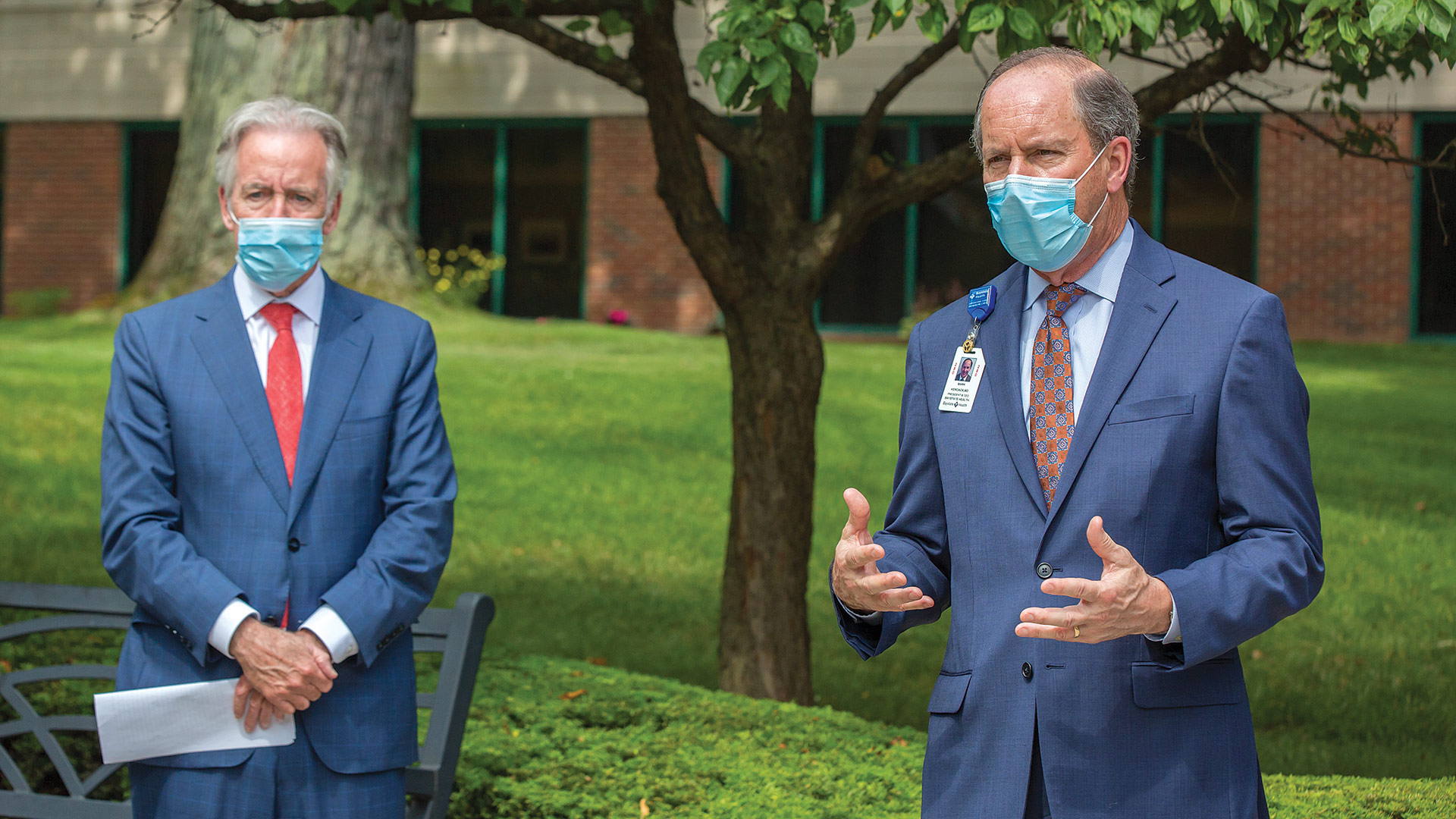 Mark Keroack (right) and U.S. Rep. Richard Neal take part in an outdoor roundtable on COVID-19 issues in the spring.

Keroack also served as the only Massachusetts hospital CEO appointed by Gov. Charlie Baker to the state’s Reopening Advisory Board. “The Reopening Massachusetts plan needed to balance restarting commerce while avoiding a surge of virus cases,” said Mike Kennealy, Secretary of Housing and Economic Development. “Dr. Keroack’s medical expertise and healthcare-sector experience, and his perspective as a resident of Western Massachusetts, helped to ensure those dual objectives were addressed.”

For his part, Keroack praises the state’s phased approach, which has understandably been frustrating to business owners.

“We’re using data to move from one phase to another, and we’ve had good coordination between authorities and scientists, as opposed to some states, where they butted heads with each other,” he added. “In Massachusetts, there hasn’t been any daylight between what science is telling us and what local and state officials are saying.”

If there was an unseen ‘hero’ amid all the named ones, Keroack suggested it may have been a public that understood its role, and today still largely adheres to guidelines around social distancing, mask wearing, and other protocols.

“I’m proud of how we worked together and came together as a community,” he told BusinessWest. “Parts of the country were at loggerheads, fighting with each other about masks, getting their hackles up about personal liberties. I look at that craziness and think, thank God we didn’t have to go through that.”

On the other hand, the community’s responsibility was clear. “We had the advantage of knowing what happened in Italy and New York, so we didn’t have to twist people’s arms to take this seriously. The public understood the issue around shutting down.”

At the same time, he’s proud of Baystate’s role in working with local boards of health and the Department of Public Health around contact tracing. “In six months, from the announcement of the first case, we have gone from having to beg to get a person tested to being a regional testing center that does 1,000 tests a day,” he said, with the total tests approaching 100,000 toward the end of September.

About a third of those tests, he added, have not even been Baystate patients, but patients from other hospitals and folks living at nursing homes, assisted-living facilities, and homeless shelters. “We got outside the walls of our own system into the community and really played a role in public health.”

While the pandemic is far from over, Keroack already recognizes some of the changes that might emerge from it, from an expanded role for telehealth to a better understanding of where society’s safety nets have proven inadequate.

“This has kind of exposed some of the shortcomings of our healthcare system and of our social support system, like the number of people in this country who don’t have paid sick time, and go to work even when they’re sick,” he said.

Some of the long-term impacts of COVID-19 are still emerging, he added, but Baystate — and the team of heroes with whom he insists on sharing his honor — will continue to, as he said, step up and play a leadership role.

“Every time a pandemic hits society, people who live through it are changed forever. That’s true of every pandemic throughout history,” Keroack said. “We’ll look at the world differently in terms of healthcare as a right, or childcare and sick leave — we’ll look at these issues very differently than we would have just a few years ago. At least, I hope we will.” 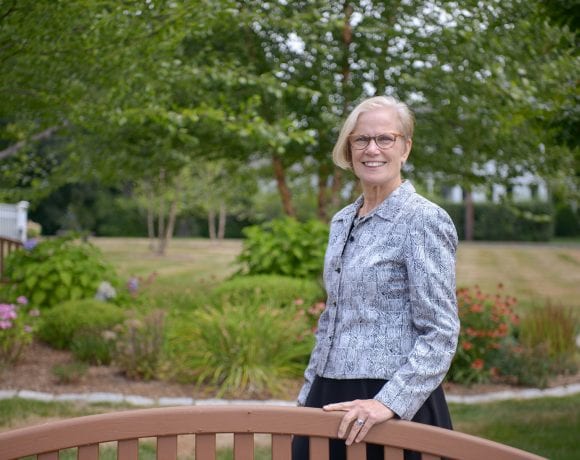 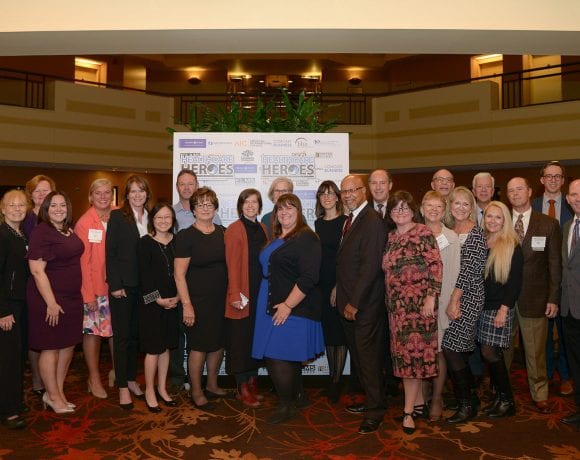