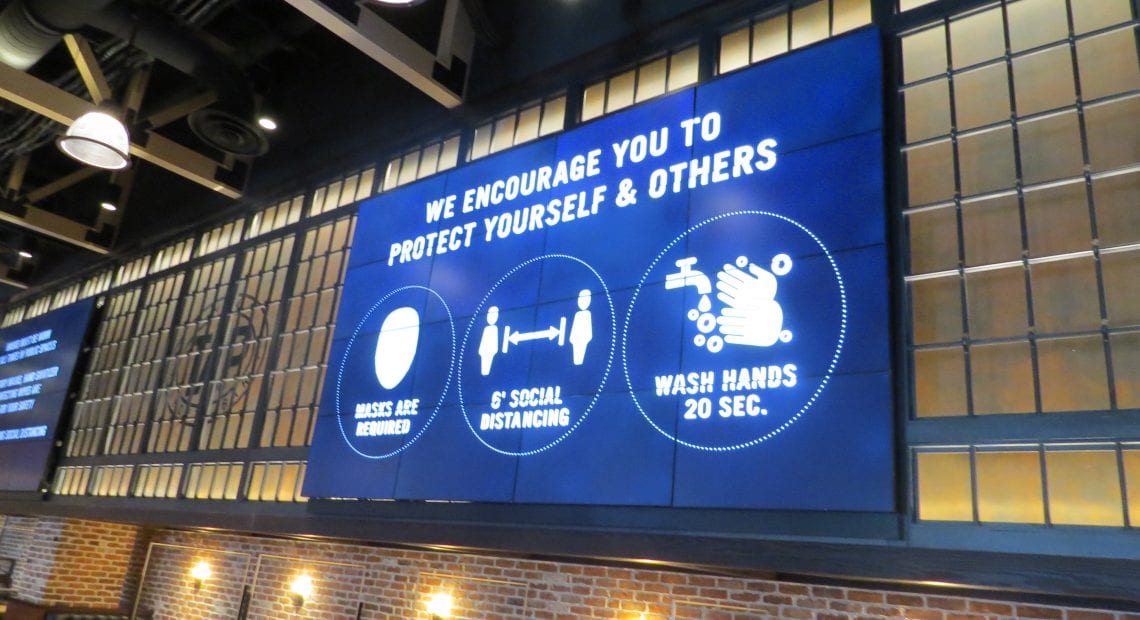 Cindy Olivio recalls the day in mid-March she and her colleagues left MGM Springfield after the governor announced that the state’s casinos would have to close as part of a general shutdown of non-essential businesses. At the time, she really thought it would be for just two weeks.

“That’s how people were talking — that’s what we all thought,” she recalled, noting that, by April, she was taking things week to week. And when the governor’s phased reopening plan was finally announced in mid-May, she fully understood that it would be early summer at the earliest before she was back at the casino — specifically, its South End Market, which she serves as assistant general manager.

“It was a long time to be out, and it’s good to be back,” she told BusinessWest Monday, as the casino reopened to the general public following a soft opening a few nights earlier.

With that, she spoke for most everyone on the floor that day, guests and employees alike. 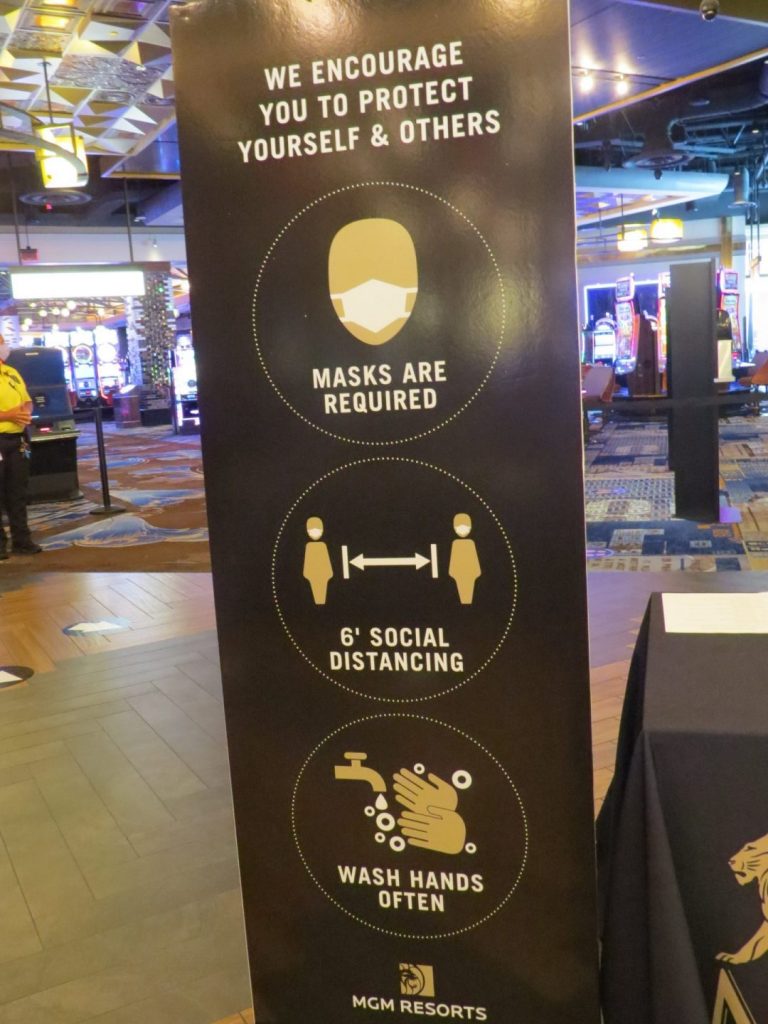 It was a long time to be out, and while the casino looks very much the same as it did when it went dark back in March, there have been a number of significant changes, from plexiglass partitions on some of the games to signs on the floors and walls alerting people to stay six feet apart.

And they were on full display Monday as the media was given the opportunity to talk with some employees, and also some guests.

People like Darlene Lajeuneffe of Chicopee, who was there with her husband and other family members celebrating the couple’s 46th wedding anniversary. She was marking the occasion with a glass of champagne and some time on one her favorite slot machines.

“It was hard — we love it here,” she said of the nearly four-month shutdown of MGM Springfield, which she frequents maybe once a month, along with Mohegan Sun; she’s never been fond of Foxwoods. She told BusinessWest she was getting used to some of the new rules and protocols, especially distancing guidelines that generally prohibit people from sitting next to one another, which presented a dilemma.

Indeed, Lajeuneffe learned there was an area where family members could in fact sit together, but it did not include her favorite slot machine. So, faced with a choice, she was leaning strongly toward that machine and keeping family as least close by.

Such adjustments are part of the reopening, said Seth Stratton, MGM Springfield’s vice president and general counsel, who told BusinessWest on Monday that, so far, guests are noting the new rules, and adhering to them.

“We’re pleased with how willing customers are to understand and comply with the new measures,” he said. “There was some concern initially around the enforcement of mandatory facemasks when the discussion first came up several weeks ago. But things have evolved since, and customers are very willing to wear them. We’ve had virtually no enforcement issues with mask wearing.”

Stratton told BusinessWest that the company’s management team put a thoughtful plan in place for the reopening. First, there would be a soft opening, the weekend of July 11 and 12, to help ready staff for the full reopening on the 13th. And by staging that reopening on a Monday, this gave the staff several days to ramp up for the weekend, which has historically been the casino’s busiest time.

“The strategy we followed was to have a staggered opening so that, over the weekend, which might otherwise be a busy period, we had our invited guests so we could ramp up from Friday through Sunday, gradually increasing the capacity, and then open to the public on a Monday,” he explained. “That gave us the ability to stagger the opening and get folks back and employees back and get them comfortable in the new environment so that, by Friday or Saturday, our busiest period, everyone will have a week under their belt of the new policies and procedures.”

The casino reopened at one-third capacity, one of the stipulations set by the Masachusetts Gaming Commission, and while that number is limiting in many respects when it comes to revenue, it will help ensure the safety of guests and employees, which is the top priority at the moment, Stratton explained.

“It’s all about showing we can do this safely and responsibly,” he said. “We don’t want huge crowds right now; as we ramp up and as we get these protocols into place, we feel that, if the customers see it’s not that crowded, they will feel more comfortable and be more willing to return.”