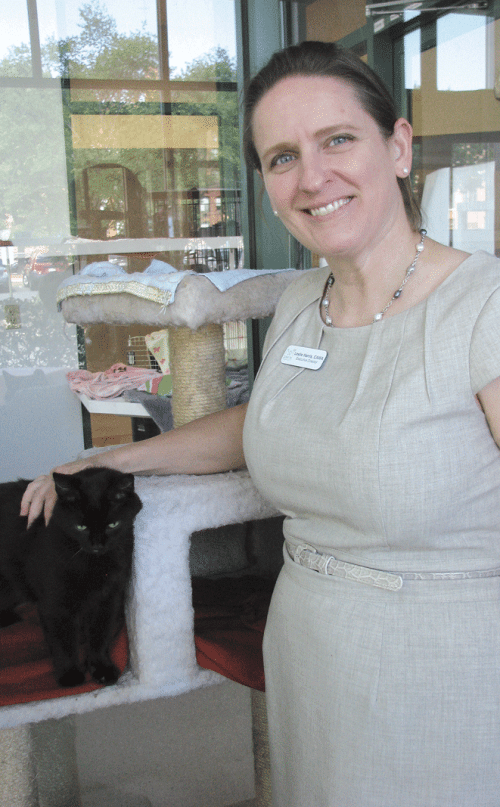 Leslie Harris says Dakin strives to rehome animals, and also keep them healthy and happy as they wait.

If a typical cage is like a small hotel room for cats, Biscuit lives in a suite.

That’s not to say it’s luxurious living; he’d really rather be free to wander a house, tended to by a loving family. But while living at Dakin Humane Society, at least he’s got a double cage, with his eating area separated from his litterbox by a small passageway.

It’s a small amenity, sure, said Leslie Harris, Dakin’s executive director. But would you want to eat in your bathroom?

“Do we just put poor Biscuit in a tiny cage and hope for the best, or do we think about how to keep Biscuit healthy? The goal is to get Biscuit home, but while he’s here, we want to keep him healthy and happy.

“Healthy is important,” she went on, “but happy is also important, because Biscuit has been through some trauma. Twelve years old, and one day he showed up here. He probably lived with the same person, a creature of habit. So, in order to keep Biscuit happy, we make sure he has space, that he’s not stressed because his toilet is right next to his food bowl — to preserve his sense of dignity and cleanliness.”

Those little touches make a difference in the animals’ quality of life while living at Dakin, Harris said, which is considered as important as finding them a better life outside the facility’s doors. “We always try to do things to make the animals’ experience here successful — and with, ultimately, a lifesaving outcome.”

After all, saving the lives of homeless, abandoned, and unwanted cats, dogs, and other creatures is the main mission at Dakin, which has increasingly accomplished that goal with a series of ambitious programs, from a spay-and-neuter clinic that brings in more than 10,000 animals annually to a safety-net program that helps economically stressed pet owners keep their furry loved ones.

“One of the things that makes Dakin interesting — from a business perspective, from an animal perspective, and from a nonprofit perspective — is that we really value innovation,” Harris said. “We’re not interested in the status quo; we don’t think that saves lives. The mission in this community is to save the lives of homeless animals and improve the lives of animals living with people.”

Since its inception more than 45 years ago, Dakin has become one of the region’s most recognized names in animal welfare, treating, sheltering, and fostering more than 20,000 animals each year — not just cats and dogs, but smaller animals as well.

“Last year, we took in about 50% more smaller animals than the year before — a record number of rats, rabbits, guinea pigs, gerbils, hamsters, mice, and birds,” Harris said. “We do not rehome large parrots or reptiles; we send those to a more capable rescue because they have such specialized needs.”

Many animals that arrive at Dakin are homeless or lost, with many dogs transferred from animal control when their owners can’t be located. But others are surrendered by their owners, for a number of reasons.

“The biggest reason why people surrender their own pets to us relates to poverty; that is true whether it’s the city of Springfield or the Upper Pioneer Valley, which we also serve,” Harris said; Dakin operates its headquarters in the former and an adoption center in Leverett. 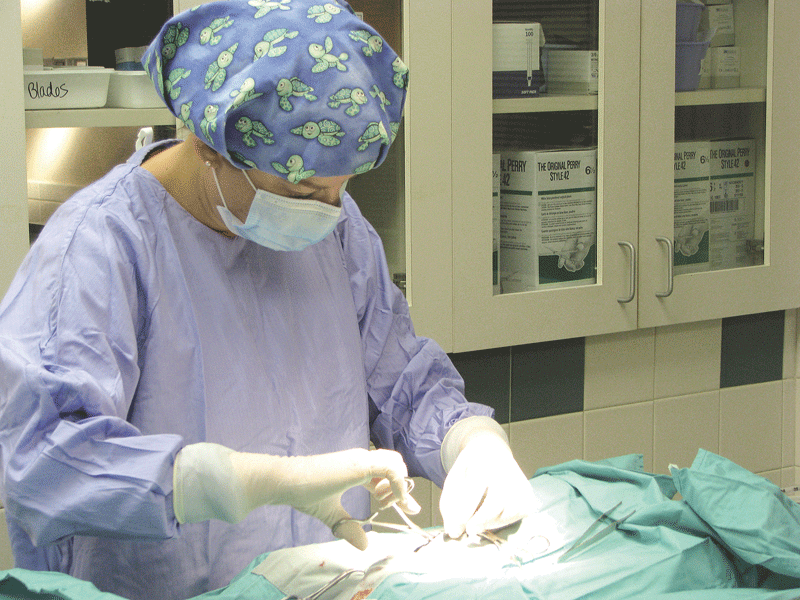 Veterinarian Dr. Sherri Therrien performs one of the more than 10,000 spay/neuter procedures conducted at Dakin every year.

“Poverty impacts a person’s housing choices,” she continued, noting that someone who has to move from a house to an apartment may not be allowed to keep a dog. In other cases, a beloved pet may be old and sick, and an owner facing economic stresses may not be able to properly treat them.

Many of these animals are rehomed, Harris said, but Dakin strives to keep them with their owners whenever possible through a safety-net program that might pay for an animal’s immediate medical care before sending him home, or setting a family up with free cat or dog food donated by pet-food stores and volunteers.

“If someone says to us, ‘look, I can’t feed my dog,’ we might say, ‘what if we were able to help you with your food?’” she explained. In another scenario, if an elderly pet owner breaks a hip and has to go to rehab, Dakin might foster their pet and send it home after the owner recovers. Harris said some 50 to 75 animals each year benefit from these options.

While it strives to rehome local animals, Dakin also participates in what’s known as the Dixie Dogs program, receiving dogs from overcrowded shelters in southern states who might otherwise be euthanized.

“There’s a misconception that the majority of the dogs we get come from other parts of the country, but that’s not true,” Harris said. “Most come in locally and are rehomed locally. We still probably take in around 300 dogs through the Dixie Dog program; we have regular transport partners in Texas, Kentucky, and New Mexico, and every couple weeks, they send a shipment of dogs to us.”

These dogs are pre-screened for temperament, and part of each adoption fee is sent back south to improve the lives of dogs in the source community. And the added volume at Dakin is actually a good thing, Harris said, as having more dogs in the building that are considered more ‘adoptable’ creates a buzz that attracts more visitors, giving even the less adoptable dogs — older dogs, for instance, or breeds with less-than-rosy reputations — a fighting chance at a new home.

Still, she told BusinessWest, finding new homes for displaced pets is only one way to stem the tide of unwanted animals. Another way is to reduce the number of animal births. That’s where Dakin’s spay-neuter clinic comes in.

“We provide a high volume of low-cost spay-neuter surgeries for cats and dogs within a 90-mile radius of Springfield,” Harris said. “We spay and neuter between 10,000 and 12,000 cats and dogs a year, and we just completed our 57,000th surgery since opening in 2008.”

That’s critical, she said, because for a shelter to operate as an open-admission facility with a minimum of euthanizations, it must reduce the volume of animals flooding in. The clinic has done just that.

“Not only do we need an effective adoption program, to get animals out the door, we have to stop them from coming in, and what’s the best way? Stop them from being born. That’s why we launched our spay and neuter clinic,” she explained. “A couple hundred surgeries a year will not make much impact.”

Several thousand, however, is a different story — and the admission statistics tell that story well. Kitten admissions have dropped 40% since 2009, and Harris believes that constantly promoting the spay and neuter clinic is bringing down the number of homeless cats in Greater Springfield. “What’s the smartest use of our resources? We’re spending them wisely; it’s cheaper to spay a cat than to shelter one.”

As a nonprofit, Dakin’s operating budget is covered in part by adoption and treatment fees, but mainly by donations from individuals and businesses who support its mission to care for and rehome animals.

The adoption fees run anywhere from $139 for an older cat to $350 for a kitten, and Harris said that money is used to provide needed care for other pets. “It costs us more than $500 per animal to put them through the adoption center. So the fees pay for some of the cost of care, and it’s made up with contributions from people.”

Then there are unique events like February’s PAWSCARS, a major fund-raiser that melded local filmmaking about animals with a red-carpet fashion show featuring notable area residents and their dogs — just another way Dakin is thinking outside the crate.

Still, the organization wouldn’t stay afloat without more than 1,000 volunteers who support the staff of 56 full- and part-time employees.

“Volunteers do nursing care for kittens, feed dogs, help with administrative tasks, sort the surgical equipment, do laundry, distribute pet food as part of the pet-food bank, and do data entry,” just to name a few opportunities to lend a hand, she told BusinessWest. Other volunteers assist with dog-training programs, many of them placed through an internship program at UMass.

“We get a new class of college students every semester, and the curriculum lays out what the intern does in the adoption center. Many of them expect to go into veterinary school, and it’s interesting to see one of the interns come back as a veterinarian.”

The work isn’t always fun — it can be messy and smelly and labor-intensive — but that doesn’t keep animal lovers from pitching in, Harris said. “So many people know about it and want to help. They tend to be the type of person who enjoys focusing on a mission and really wants to see it through.”

They also recognize the importance of innovation, of striving to save and improve more animal lives each year.

“I’ve been at Dakin since we served 300 animals a year, and our headquarters was a house,” she said. “We’ve grown because we’re innovative and open to change. I’ve worked with other animal organizations that said, ‘there’s nothing we can do to solve this cat problem.’ I call BS on that; it’s not true. It just means you’re not thinking hard enough or trying hard enough; you’re stuck in old ways of thinking. It is possible to solve the problem, and I think what we’ve achieved is complete evidence of that.”

After all, Harris said, Dakin is not just helping animals; it’s helping families.

“If you want to help animals, you have to help people,” she told BusinessWest. “The animals don’t come here of their own accord. People knock on the door and say, “I lost my house,’ and if you don’t have an open heart for these people and what their challenges are, you can’t help their animal. But if you’re resourceful and ask, ‘if I were in their shoes, how would I want to solve this problem?’ you can be that problem solver. And we have a staff that’s amazing at that.”

That’s good news for Biscuit — and thousands of other critters looking for a home. 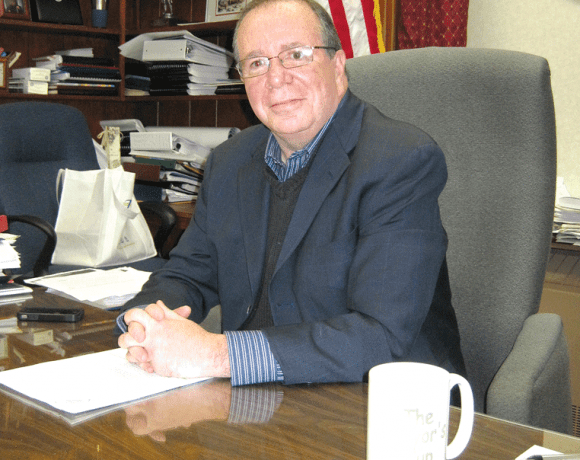 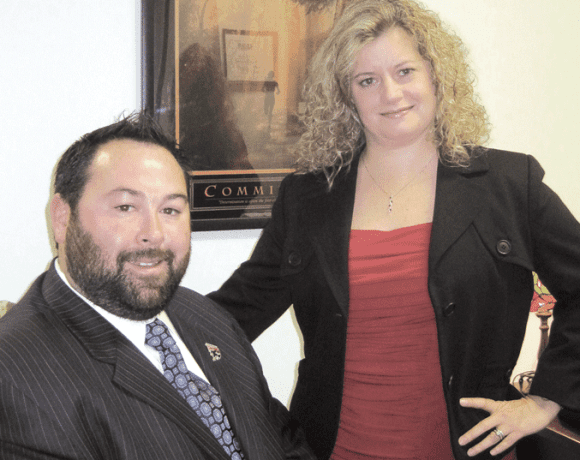