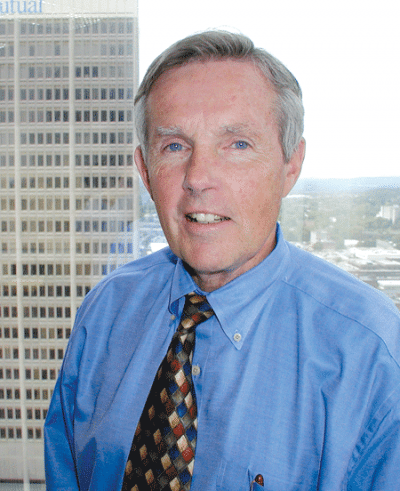 Where does one begin when talking about the accomplishments and legacy of Paul Doherty, who passed away recently after a lengthy battle with lung cancer?

Is it with his success as a lawyer and with the firm he grew into one of the largest in the region — Doherty, Wallace, Pillsbury & Murphy? Or is it with the fact that he was a devoted family man? Maybe it should be with the many aspects of his work within the community, as both activist and philanthropist. Or maybe it’s his work as a truly relentless advocate for this region and especially the city of Springfield.

Maybe the best place to begin is by saying all of that is really just the beginning.

Indeed, one can’t easily sum up the many contributions Paul — often working in tandem with his wife of 55 years, Dianne — made to the larger community we call Western Mass. He was heavily involved in business, education, philanthropy (he was one of the founders of Valley Gives), race relations, and a host of efforts to promote the City of Homes. He lent his considerable talents and imagination to everything from the United Way to the Economic Development Council of Western Mass., to the adoption agency Downey Side, which he co-founded.

Those who knew and worked with him called him a friend, mentor, and inspiration.

People who become as active in their community as Paul often note that they have a hard time saying ‘no’ when people ask them to contribute their time and energy to a cause or initiative. Paul did, in fact, have that problem, if one could call it that. But he could go one better — or even two.

And perhaps his very best quality was getting others to say ‘yes’ and follow his lead.

Because of this rare and special talent, this region is a better place — a much better place.

And that’s why he will certainly be missed.

A Meeting of the Minds