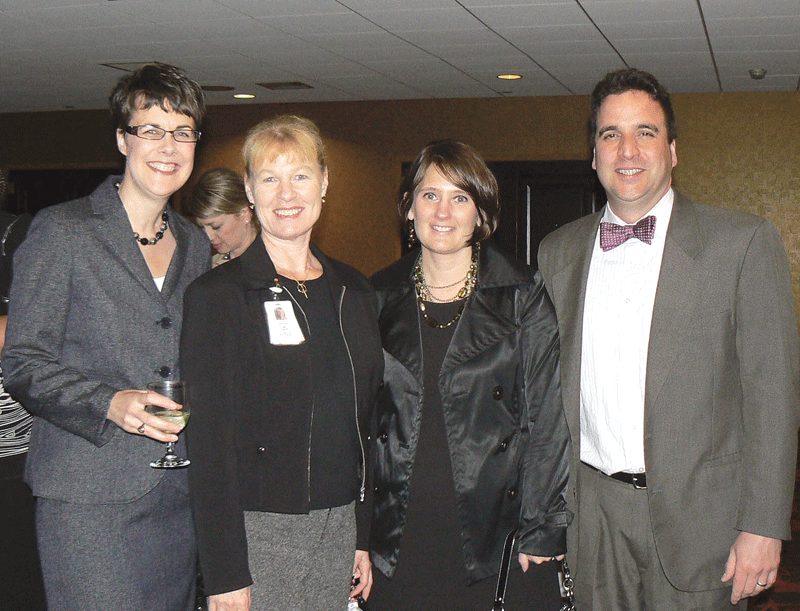 Send photos with a caption and contact information to:  ‘Picture This’ c/o BusinessWest Magazine, 1441 Main Street,  Springfield, MA 01103 or to [email protected]

Woman of the Year 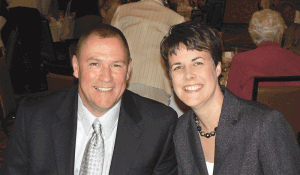 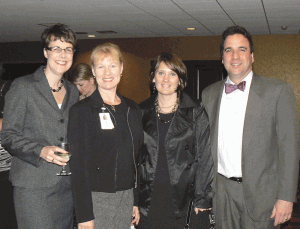 The Professional Women’s Chamber (PWC) honored Kate Kane, managing director with the Springfield Group of the Northwestern Mutual Financial Network in Springfield, with its annual Woman of the Year Award at a dinner on May 18 at the Springfield Sheraton. Kane was honored for her outstanding leadership, professional accomplishments, and service to the community. In accepting her award, Kane said, “I have learned more of value in my volunteer work than I have ever given back to the organizations I serve, and I want to thank all the community organizations and their amazing and dedicated staffs for offering me the chance to help.” Top left, Kane and her husband, Craig Knowlton. At left, Kane greets some of the many guests. 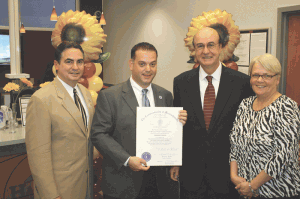 Hampden Bank opened its 10th office at 977 Boston Road on May 24, featuring a ribbon-cutting ceremony. Seen here, from left, are Springfield Mayor Domenic Sarno; state Rep. Angelo Puppolo, with a proclamation from the House; Thomas Burton, president and CEO of Hampden Bank; and Peg Daoust, retail banking manager of the Boston Road office. 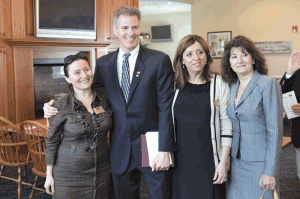 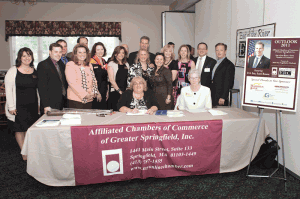 The East of the River 5 Town Chamber of Commerce (ERC5) and the Affiliated Chambers of Commerce of Greater Springfield (ACCGS) staged their first mid-year legislative outlook luncheon on May 27 at the Country Club of Wilbraham. The keynote speaker for the luncheon was U.S. Sen. Scott Brown, who spoke about the economy, the federal budget, health care, and small business. Brown spent about an hour at the luncheon, meeting local residents, signing copies of his book, answering questions, and offering his comments. During the event, Wilbraham Selectman Pat Brady spoke about issues impacting municipal government and the people it serves. Tom Creed, a past chairman of the ACCGS Legislative Steering Committee, provided an update on legislative issues at the state level that are impacting member businesses. Left, Brown poses with members of  ERC5 Board of Directors, as well as staff from the ACCGS. At below left, Brown, spends time greeting guests, including ERC5 board members, from left, Carmina Fernandes of the Law Offices of Carmina Fernandes, and Gloria Faria and Cidalia Inacio, both of Chicopee Savings Bank. 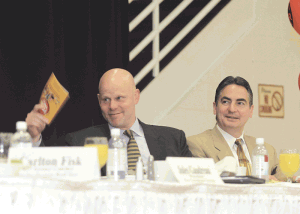 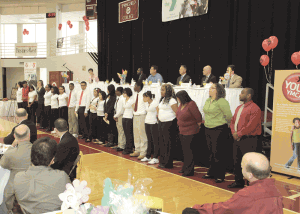 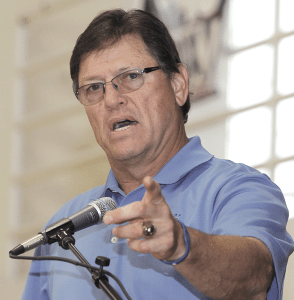 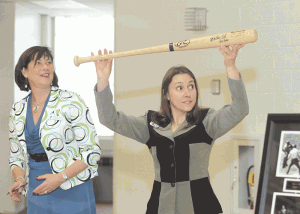 The YMCA of Greater Springfield staged its 2011 Annual Campaign Breakfast on May 20 at Springfield. The keynote speaker was Carlton Fisk, who regaled attendees with stories of his playing days with the Red Sox. The event itself raised more than $120,000, and the campaign has netted more than $325,000. Left from top, YMCA Board Chairman Sam Hanmer (left), CEO of FieldEddy Inc., bids on one of the many auction items signed by Fisk (Springfield Mayor Domenic Sarno is at his right); participants in the Y-TIP (YMCA-Teen Incentive Program) take a bow after performing for the audience; ‘Pudge’ Fisk accentuates one of his comments with a finger point; Karen Mercier, accounting manager for the Y, holds up a Fisk bat while Robin Olejarz, CFO, watches for new bidders.