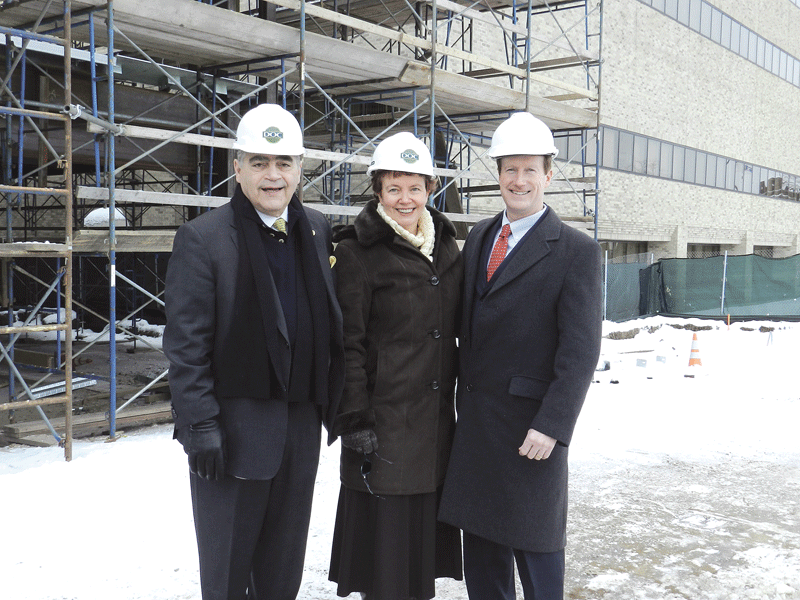 Mercy Medical Center recently announced that Westfield Bank and the Chicopee Savings Bank Charitable Foundation have pledged gifts of $150,000 and $100,000, respectively, to Transforming Cancer Care, the capital campaign for the Sr. Caritas Cancer Center, located at the hospital. From left, Bill Wagner, president of Chicopee Savings Bank; Diane Dukette, vice president of Fund Development for the Sisters of Providence Health System; and James Hagan, president and CEO of Westfield Bank, check on the progress of the $15 million project to expand the cancer center. 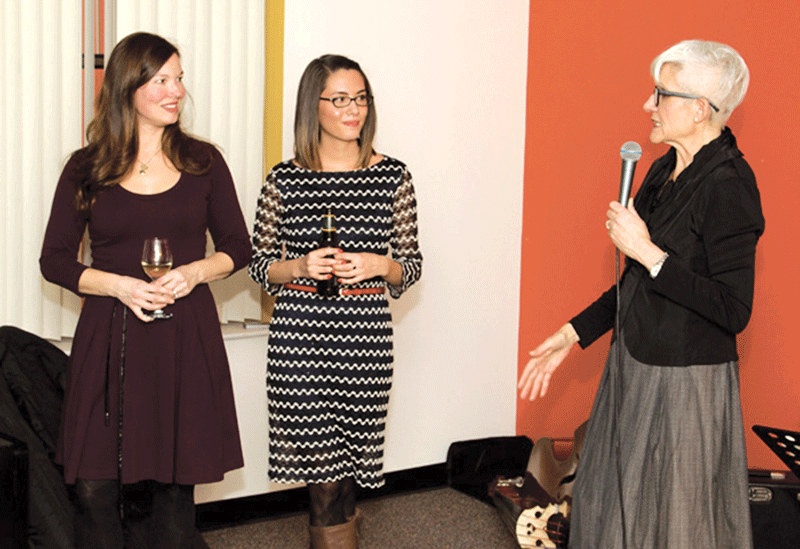 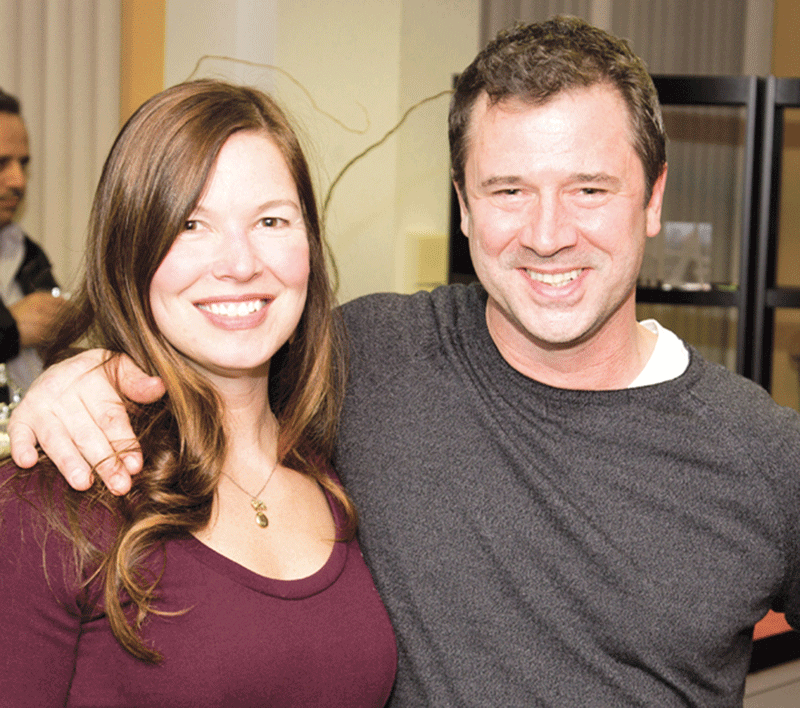 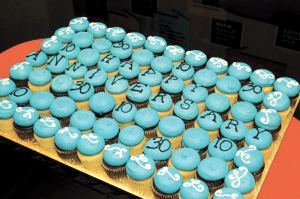 TSM Design, a brand-development, marketing, and design firm located in the historic Stearns Building in downtown Springfield, recently celebrated 30 years in business. Owner Nancy Urbschat has been with the agency for all but three months of the 30 years, and 2015 also marks the anniversary of her purchase of TSM Design 10 years ago. Urbschat said 2014 was a banner year for the company, with the opening of a second office in the historic G. Fox building in downtown Hartford and a host of new clients, including the city of Hartford, the Insurance Center of New England, White Lion, and Fathers & Sons. “I know it’s early in the year, but I think 2015 will be even stronger,” she added. Top: Urbschat, right, with Janet Bennett, marketing director, and Brittany Arita, designer, of TSM Design. Middle: Janet and Mark Bennett. (Photos by Chris Marion)