This Developing Trend Is Moving in the Wrong Direction

Quiet quitting is a term many employers are familiar with — it involves a situation where an employee disengages from work and does only the bare minimum in order to get fired and collect unemployment.

Now, employers are firing back with quiet firings.

Quiet firing involves intentionally creating a difficult work environment and/or cutting pay or hours in a way that encourages people to leave voluntarily. In theory, the employee will quickly realize they need to get out and try to find alternate work elsewhere.

On the surface, ‘quietly firing’ a problematic or difficult employee might sound like a good idea. For starters, the manager or supervisor gets to avoid an uncomfortable conversation that will certainly lead to bad feelings and possibly boil over into a confrontation. Second, if the employee who is getting quietly fired is not meeting performance expectations, managers and supervisors avoid needing to coach them and give feedback. 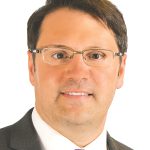 “Managers and supervisors may prefer this method so they do not feel guilty about the end of the employment relationship. And quiet firing can be more easily accomplished in a remote or hybrid environment, as disengaging is easier when you do not have to see someone in the office.”

They can also avoid discussions about the consequences of continued poor performance. Managers and supervisors may prefer this method so they do not feel guilty about the end of the employment relationship. And quiet firing can be more easily accomplished in a remote or hybrid environment, as disengaging is easier when you do not have to see someone in the office.

Finally, some employers may see this as an opportunity to avoid unemployment compensation claims or claims of unlawful termination because employees who resign normally have trouble succeeding with such claims.

Employees who are successful with these claims can sometimes recover big damage awards. For example, back in 2018, a jury awarded $28 million in damages to a nurse who succeeded in a retaliation claim against her employer. Part of her claim was that she was being verbally abused by her supervisor. The jury agreed, and the employer had to pay — a lot — for this supervisor’s mistake.

Employees who feel as though they are being squeezed out might resort to avenues other than the courtroom to air their grievances. It is not hard to leave damaging feedback on Glassdoor, a website where current and former employees anonymously review companies. Employees can (and probably will) share their negative feedback with co-workers, which could serve as the catalyst for good employees to start looking for a new job. It’s no secret that hiring and retaining qualified employees seems to be getting harder and harder each day.

Moreover, quiet firing is often the byproduct of a poor manager or supervisor who is unwilling to do one of the more difficult parts of their job — performance management.

HR leaders should also be stepping in to prevent quiet firing from becoming a thing. This should involve regular check-ins with managers to talk about difficult employees and proactively asking how they are trying to solve the problem. Hopefully, the answer is performance management. If it’s not, maybe the manager is the one who needs some coaching and/or discipline. u

John Gannon is a partner with the Springfield-based law firm Skoler, Abbott & Presser, specializing in employment law and regularly counseling employers on compliance with state and federal laws, including family and medical leave laws, the Americans with Disabilities Act, the Fair Labor Standards Act, and the Occupational Health and Safety Act; (413) 737-4753; [email protected]