Asked what age groups are the biggest users of ‘crystal meth,’ James Leyden thought for a moment.
“I’d say a lot of drugs these days have an 18-to-55 range, some even starting younger,” he said. “Of course, I don’t know who’s making it to 55 using this. It’s a devastating drug.”

It’s also gaining in popularity throughout much of the U.S., although not particularly in Western Mass. — yet.

“It has kind of been working west to east,” said Leyden, program manager of inpatient substance abuse services at Providence Hospital in Holyoke. “It’s a huge problem in the Southwest and Midwest, particularly cities like Chicago and Cincinnati, and we understand it’s now a problem in Boston, but it hasn’t quite made it here yet — but we’re anticipating its arrival.”

Crystal methamphetamine, simply put, is the most powerful form of speed available. It’s an amphetamine that excites the brain and nervous system by releasing dopamine into the body.

As a regulated pharmaceutical product, meth is available in tablet form. But on the street, manufactured in makeshift laboratories, the drug is sold either as an injectable or snortable powder or a smokeable crystal form. All three delivery systems promise a powerful high quickly, but the effects from smoking crystal meth come especially fast, crashing into the brain within 10 seconds.

“The high lasts a long time,” said Robert Azeez, clinical supervisor of the Carlson Recovery Center, an affiliate of Baystate Health. “It creates an extended period of feeling euphoric, but with a great amount of energy; you can stay up for days at a time under the influence.

“But,” he was quick to add, “it also impairs your thought process, so people using it are now engaging in riskier behaviors over a longer period of time” compared to other drugs.

Health risks, however, are many, ranging from irritability, nervousness, insomnia, nausea, and depression, to severe tooth decay — when smoked, meth destroys the enamel of the teeth — and also cardiac distress, significant cell damage in the brain, and even some unpredictable psychiatric symptoms when trying to withdraw from the drug. And its addictive qualities can be merciless.

“The way I’ve described crack cocaine vs. alcoholism is, alcoholism is like riding an escalator into the basement, while crack cocaine is like falling down an elevator shaft,” said Leyden. “Well, meth is an even quicker and more precipitous fall.”

In this issue, BusinessWest explores why more Americans are taking the plunge, and what health and government officials alike are doing to stop the spread.

Rock and a Hard Place

According to Azeez, hardcore crystal meth users may stay on the drug for three to four days at a time, with effects ranging from poor nutrition and hygiene to life-threatening health risks — as well as harm to relationships. “

There has been a lot of published research on the damaging effects to individuals and families,” he noted. “We’ve seen a lot of media attention paid to this subject because it has become a significant problem in this country.”

So serious, in fact, that the federal government took steps to curb illicit purchases of pseudoephedrine, a key raw material in meth production, by making it more difficult to buy medications that contain the ingredient, such as Sudafed and Claritin-D

“Unlike other drugs that have to be smuggled in from outside the country, and are typically distributed in urban areas, this drug is made in laboratories using many ingredients you can buy at the drugstore or online,” said Leyden.

As a result of this accessibility, the federal Combat Methamphetamine Epidemic Act of 2005, which took effect in September 2006, requires drugs containing pseudoephedrine to be sold behind the counter only at pharmacies. In addition, purchasers are limited in how much they can buy in a given month, and the pharmacy must record the purchase information in a log and keep that information for two years.

Azeez noted that pharmacies in Massachusetts had been proactive about pseudoephedrine sales even before the federal requirements kicked in, and together those restrictions might have contributed to the relatively small size of the crystal meth problem in the Commonwealth — at least compared to other regions of the country.

“Massachusetts has done a good job with the law change, making it difficult for consumers to purchase medicines over the counter at places like CVS or Wal-Mart that are used in the primary production of crystal meth,” said Azeez. “That has prevented labs from popping up in Massachusetts, so that, while meth is a huge problem in the Midwest, we haven’t seen it as much here.”

By that, Azeez meant that treatment facilities like the Carlson Center aren’t seeing a high volume of patients reporting crystal meth use.

“In order to use the substance, you have to have supply, and from what we know about crystal methamphetamine labs in this region, there’s not a lot of supply. It’s much cheaper to use other drugs, such as heroin and crack cocaine, so we’re not seeing as much incidence as they are out there, at least in terms of people accessing treatment.”

Boston, however, is a different story, said Azeez, noting that crystal meth has become a popular ‘club drug,’ particularly among gay men. In fact, Fenway Health Center in Boston, which specifically targets the gay, lesbian, and transgendered community with its health and wellness programs, has a treatment program specifically set up for crystal meth users.

“So often, guys wait to seek treatment until they’ve hit rock bottom and are only a shadow of their former selves,” said Wil Halpin, a clinical social worker at Fenway. “My worry is that people don’t always know the risks involved when starting to use crystal and how insidious the addictive cycle can become. It is one of the faster addictions out there, and one of the hardest to break.”

Addiction isn’t the only reason why crystal meth labs are dangerous, however. “You can be blown up in a laboratory — it’s been known to happen,” Leyden said, adding that the risk typically doesn’t deter someone with the know-how and desire to make the drug. “It’s not something everyone can do, but it is something you can learn to do. People find the instructions online, just like you can learn to make a bomb online.”

Unfortunately, more people are trying their hand, and it’s frightening to think of labs gaining a foothold in any community, because they can supply a steady stream of drugs that doesn’t rely on imports. Unlike commercial methamphetamines, which have some medical uses, said Leyden, crystal meth is strictly made for illicit use.

“It’s a much more efficient delivery mechanism, and the drug itself is more powerful” than simple methamphetamine, Leyden said. “Therefore, it hits the pleasure centers of the brain with full force.” It also produces a powerful recall effect in the brain that brings on strong psychological cravings even before a user is physically addicted. “It’s an — well, I don’t want to use the word ‘evil’ — but it’s a diabolical drug.”

Halpin said the comedowns from a weekend of crystal meth use can be so devastating that users start taking small hits at work to get them through the week without an emotional crash. “Before long it’s a daily ritual,” he said. “Crystal is suddenly taking over their lives, and they don’t even realize it.”

Leyden cited the story of a woman who was ironing clothes when she heard her mailbox lid slip, reminding her that a check might be in the mail. “She immediately set down the iron, called her next-door neighbor, asked her to watch her child, and dialed her dealer’s pager number” — all of it in a sort of trance, more like stimulus-response than a series of rational decisions. 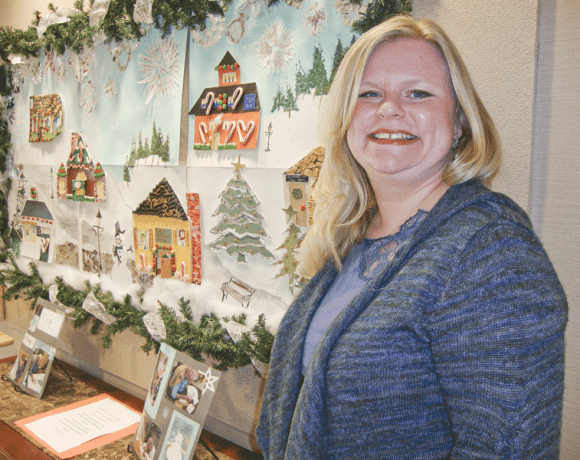