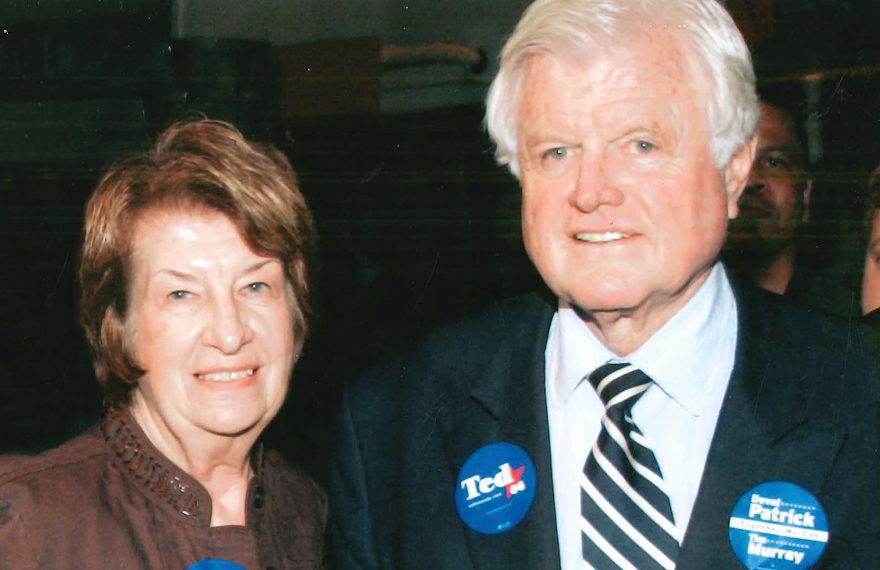 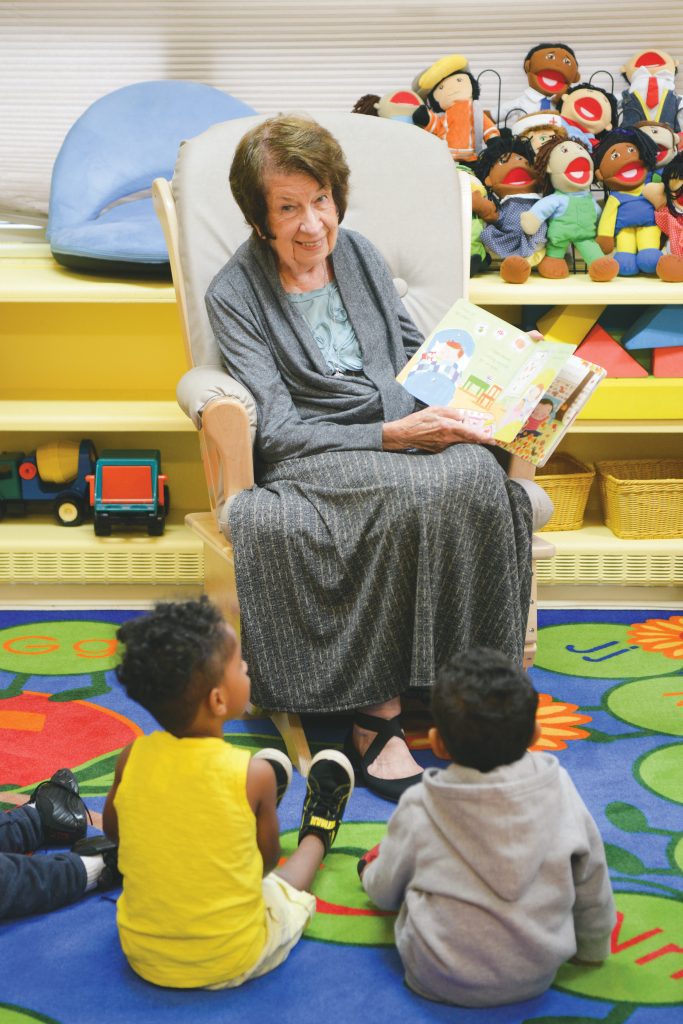 Janis Santos has spent nearly a half-century as an administrator, but she never lost her enthusiasm for being in the classroom and reading to children.

During the early, and darkest, days of the pandemic, Janis Santos recalls, she considered it vitally important to remain positive and find ways to permit her positive attitude to trickle down to every employee and every facet of the Holyoke Chicopee Springfield Head Start operation.

And so, in her daily communications with staff, she would include quotes designed to inspire and uplift others at a time of unprecedented challenge. She borrowed quotes from many, but leaned heavily on Fred Rogers (better known to most as Mister Rogers) — whom she described as a hero for the way he forcefully drove home the message about how very young children learn through play — and also the poet Maya Angelou.

But as powerful and effectual as those words were, it was probably some from Santos herself that helped propel her staff through those tumultuous times.

When asked to recall and paraphrase, she said, “everyone needed to hear that we’ve been through things before, maybe not as bad as this … but we do this for children. Why are we here? What is our purpose? We’re committed and dedicated to America’s most vulnerable children. We have a big challenge to face — we need to keep the children safe and their families safe — so let’s do it together.”

Those comments are quite poignant because they sum up not only what Santos was saying at the height of the pandemic, but what she’s been saying — and doing — during a remarkable, nearly half-century-long career in Head Start that will come to a close — officially, but not in reality — on Dec. 31.

Indeed, from the time she opened a Head Start facility in the basement of the Boys & Girls Club in Ludlow in 1973, she has been dedicated to the country’s, and this region’s, most vulnerable children. But just as important, she’s been dedicated to those who work with and on behalf of those children, working tirelessly to stress the importance of early-childhood education and lobby for appropriate wages for those at the front of the classrooms.

“I will stay connected to Head Start; I’ve devoted my life to advocating for America’s most vulnerable children, and I will continue to do that.”

And, in what could only be considered irony, the pandemic that tested her mettle as no other challenge during her long career has helped reinforce that message and bring it home in ways that seem destined to bring real change to the landscape.

“During COVID, when there was a lack of childcare and no place for parents to leave their children when they went to work, it became a point of focus,” she explained. “The public finally saw that this is important; they saw how important these facilities are to parents, employers, and the economy.”

But while COVID-19 enlightened many on this topic, it also brought attention to another aspect of this profession that has been a career-long priority for Santos — the need to raise the salary levels for preschool educators.

Indeed, at a time when employers in every sector of the economy are struggling to retain workers being tempted by higher wages and better benefits elsewhere, the problem is especially acute in early-childhood education.

“This year, I’ve lost 15 Head Start teachers to public schools,” she noted, adding that, while it has always been a challenge to recruit people to this profession and retain them, at this critical juncture, it is even more so.

As noted, Santos will be retiring at the end of the year, but not leaving the scene when it comes to advocating for early-childhood education and those who provide it.

“I will stay connected to Head Start; I’ve devoted my life to advocating for America’s most vulnerable children, and I will continue to do that,” she said, adding that, while continuing those lobbying efforts, she plans to write a history of Holyoke Chicopee Springfield Head Start.

It’s a rich history, obviously, and Santos, named a Woman of Impact by BusinessWest in 2018, had a hand in most of it. For this issue and its focus on education, BusinessWest talked at length with Santos about her career, the changes that have come to early-childhood education, and the changes she believes still need to come.

By now, most people in the region know at least some of what we’ll call the Janis Santos story. Most versions begin when she was a mother of three enrolled in night classes at Holyoke Community College, with the dream of being a preschool teacher.

It was there, and then, that a young man in her class who was from Holyoke Chicopee Springfield Head Start encouraged her to start a facility in Ludlow. She did, eventually opening the Parkside Learning Center in that aforementioned basement of the Boys & Girls Club, in 1973. But as she would eventually learn, nothing about getting that facility off the ground — from securing the space to securing the funding — was going to be easy. 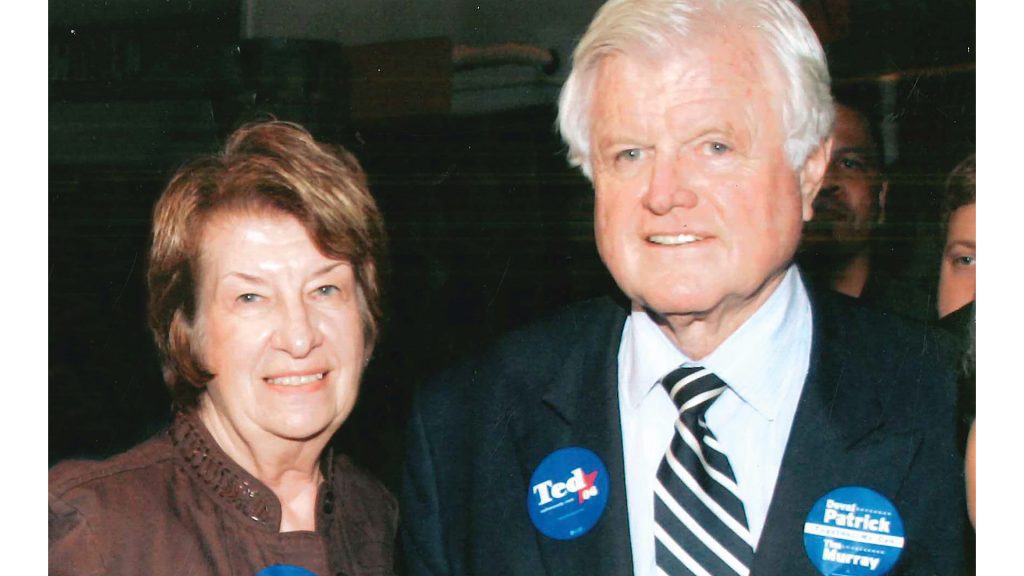 Janis Santos, seen here with the late Sen. Edward Kennedy, has spent a lifetime preaching the importance of early-childhood education.

She recalls that Head Start was struggling financially as an organization and was not able to actually pay her a salary.

“They offered me $18 a week in Commonwealth Corp. money, and I took it,” she recalled. “I had no benefits, no nothing, and I took that for about three years until my site started to generate some income.”

But what she also learned, rather quickly and much to her dismay, was that there wasn’t much respect within the community, and within the broad realm of education, for what she was doing with her life and her career.

“The perception was that we were babysitters out there, and I felt that people just don’t understand that these are critical learning years for children,” she said. “And the other piece is that children in that age group learn through play; some of my friends would visit and say, ‘why don’t you become a real teacher and go teach kindergarten?’”

Instead of listening to that advice, she spent a lifetime convincing others that she was a real teacher and that early education was vital to young people, their families, and society in general.

“The perception was that we were babysitters out there, and I felt that people just don’t understand that these are critical learning years for children, Some of my friends would visit and say, ‘why don’t you become a real teacher and go teach kindergarten?’”

“I was determined to change those perceptions,” she said. “I wanted people, and educators, and the community to know the importance of those years.”

She would become the director of Holyoke Chicopee Springfield Head Start in 1979 and also go on to serve on the National Head Start Board of Directors for 14 years, which gave her the opportunity to not only advocate for the nation’s most vulnerable children, but make the case for early-childhood education.

Over the years, she would meet three American presidents and lobby countless elected officials on the importance of pre-K and the need to improve the wages of those in that profession. She has pictures of herself with then-U.S. Sen. Edward Kennedy, then-U.S. Sen. Hillary Clinton, U.S. Rep. Richard Neal, several governors, and many other elected leaders.

But as important as her time with those elected leaders has been — and it has been vitally important to moving the needle on early-childhood education — Santos said the most valuable time she spent was with children in the classroom and with teachers and other staff members as a mentor.

She has taken on that role with countless individuals over the years, including the woman chosen in a national search to be her successor at HCS Head Start, Nicole Blais.

To say these two go way back is an understatement. Indeed, Santos was Blais’s preschool teacher in Ludlow in the ’70s.

Santos said she has been working with Blais during the transition, and has some pointed advice for her based on nearly 45 years of being in that job — and also advice provided by those who mentored her.

“One of them told me, ‘you have to take a bold, respectful approach,’ and I’ve never forgotten that,” she told BusinessWest.

She has some other advice for as well — to follow her lead when it comes to taking risks, something one needs to do to succeed as a leader.

“I’m a risk taker,” she told BusinessWest, referring to everything from that first gambit in Ludlow, the one that paid her $18 a week, to her partnership with MGM Springfield on a new facility in Springfield, to her involvement in the new Educare program that opened in 2019. “You can’t sit back; you have to go out there and take risks, and that’s what I tell those that I mentor. I tell them, ‘if you don’t take risks, you will not succeed.’”

That’s one of those quotes from Mister Rogers that Santos used to help encourage and inspire staff during the darkest times of the pandemic.

It’s more than that, though. It’s one of the pillars on which early-childhood education is built and one of the critical points Santos has spent a career trying to drive home to a wide range of constituencies.

With a little help from COVID, there is a now a better understanding of the importance of early-childhood education and perhaps better odds for universal pre-K to become policy in this country.

In the meantime, most have stopped referring to early-childhood educators as babysitters. And at a time when Santos is being honored by a number of groups for her many accomplishments, that is probably the biggest.