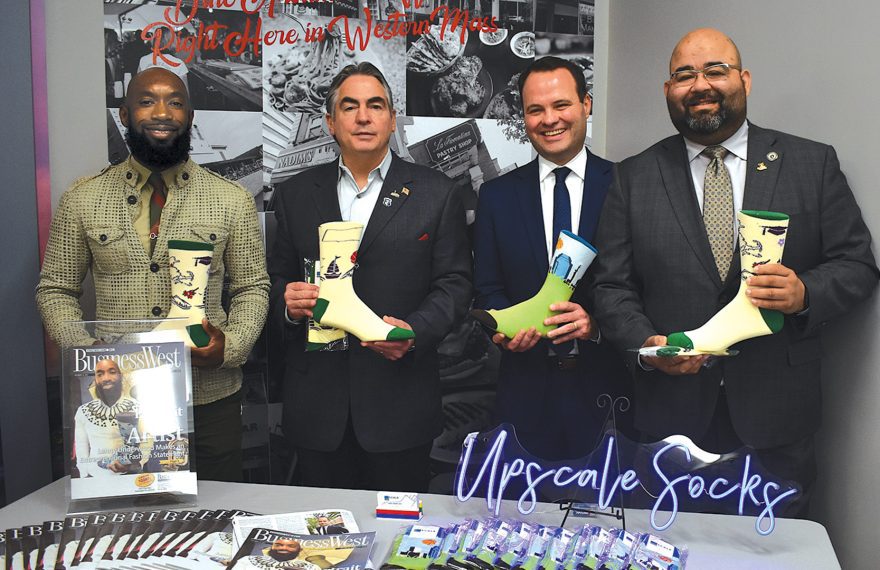 Sock It to MA 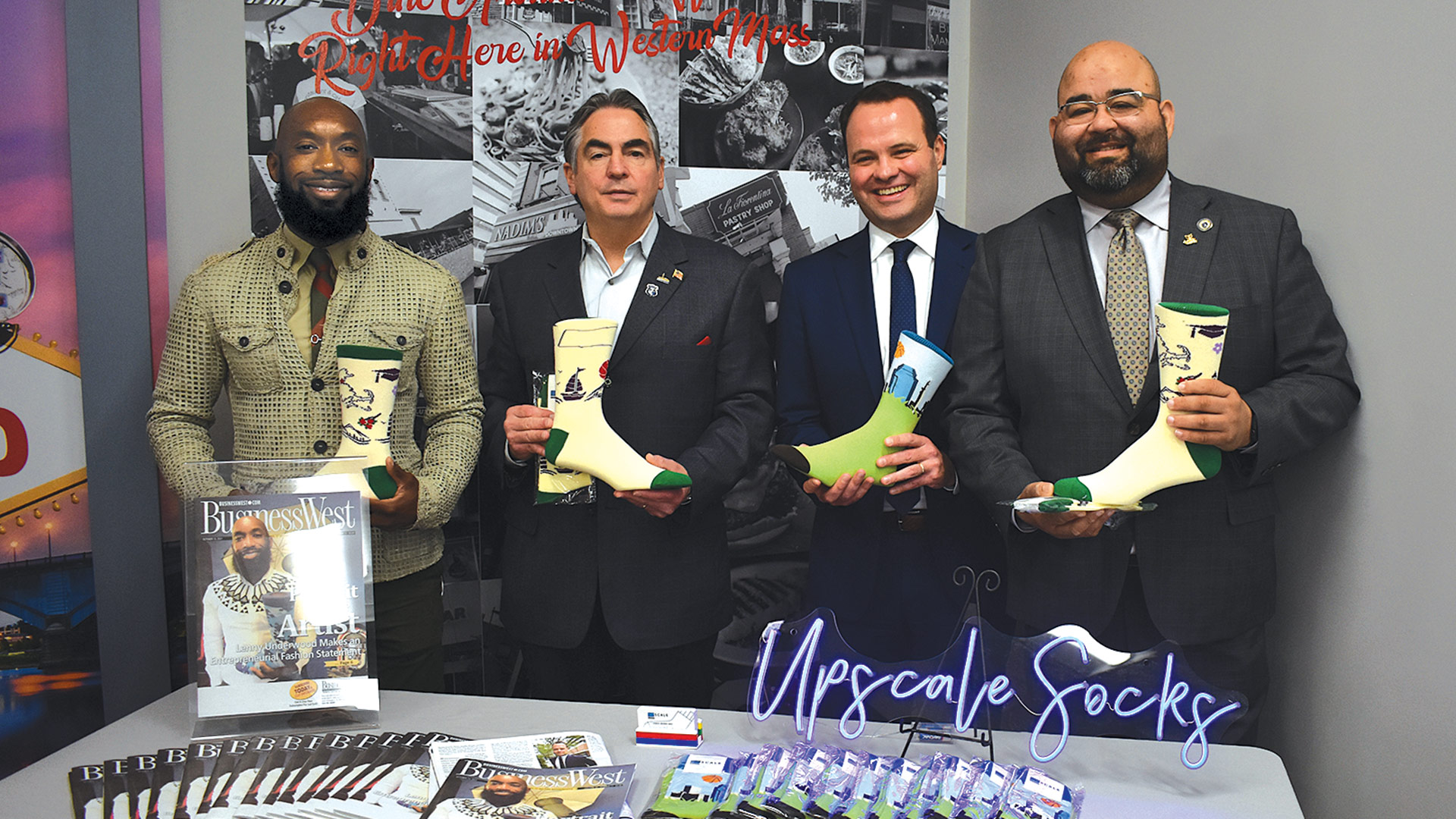 From left, Lenny Underwood, founder of Upscale Socks; Springfield Mayor Domenic Sarno, and state Sens. Eric Lesser and Adam Gomez joined Chris Russell, executive director of the Springfield Business Improvement District, for the unveiling of Upscale Socks’ new Massachusetts sock. The design, created by Underwood, features some of what the Commonwealth is known for: basketball, the Knowledge Corridor, mountains, the state flower, and the state fruit.

Thank You for Your Service 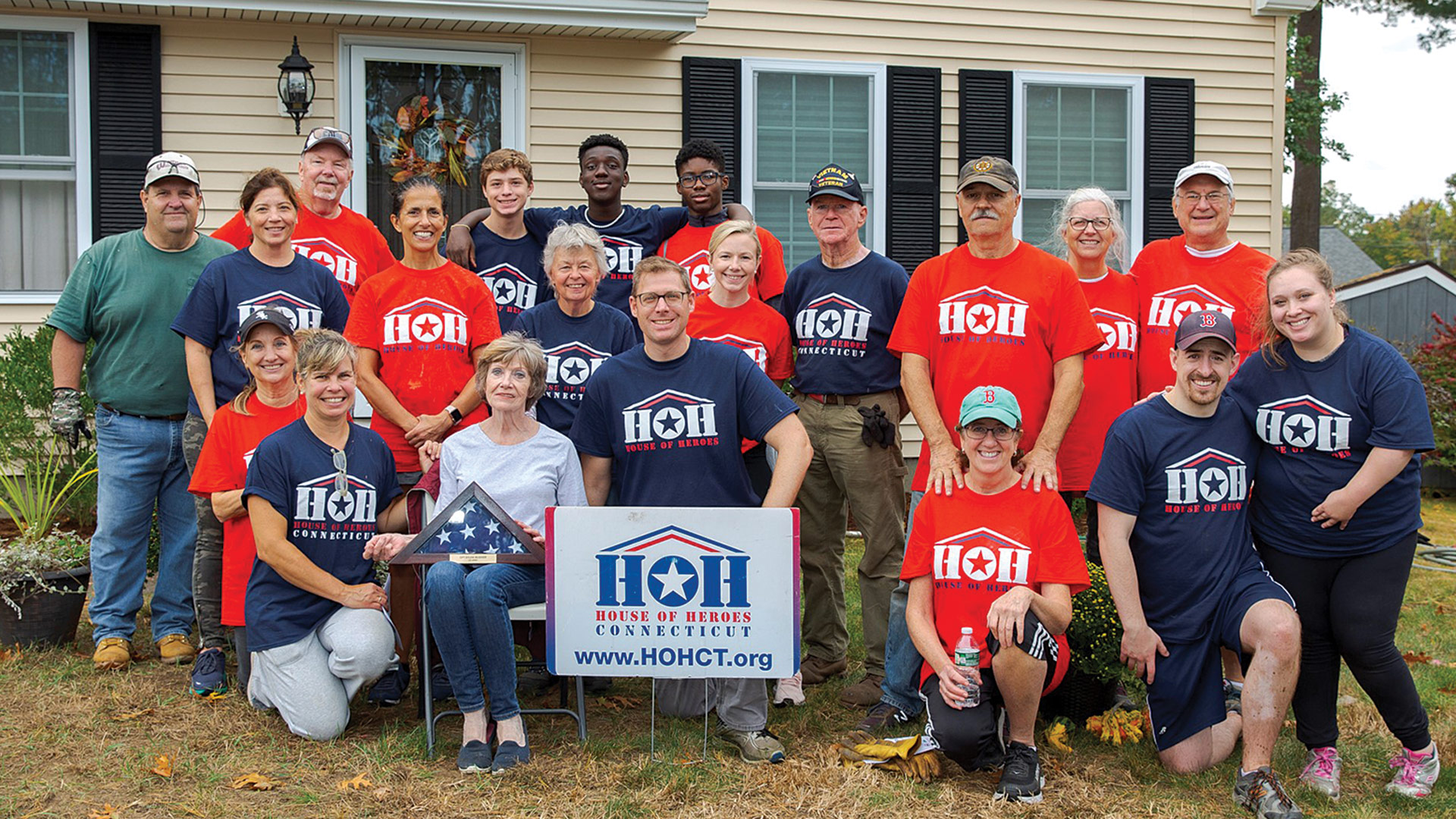 House of Heroes and Johnson Brunetti Retirement & Investment Specialists recently provided no-cost home repairs and updates for veteran Sylvia McGiver of Enfield, Conn. McGiver served both at home and overseas in Japan as an Army nurse, treating wounded soldiers during the Vietnam War and eventually earning the rank of captain before her discharge in 1970. This marked the third straight year Johnson Brunetti has partnered with House of Heroes to thank local veterans with a home-improvement project. 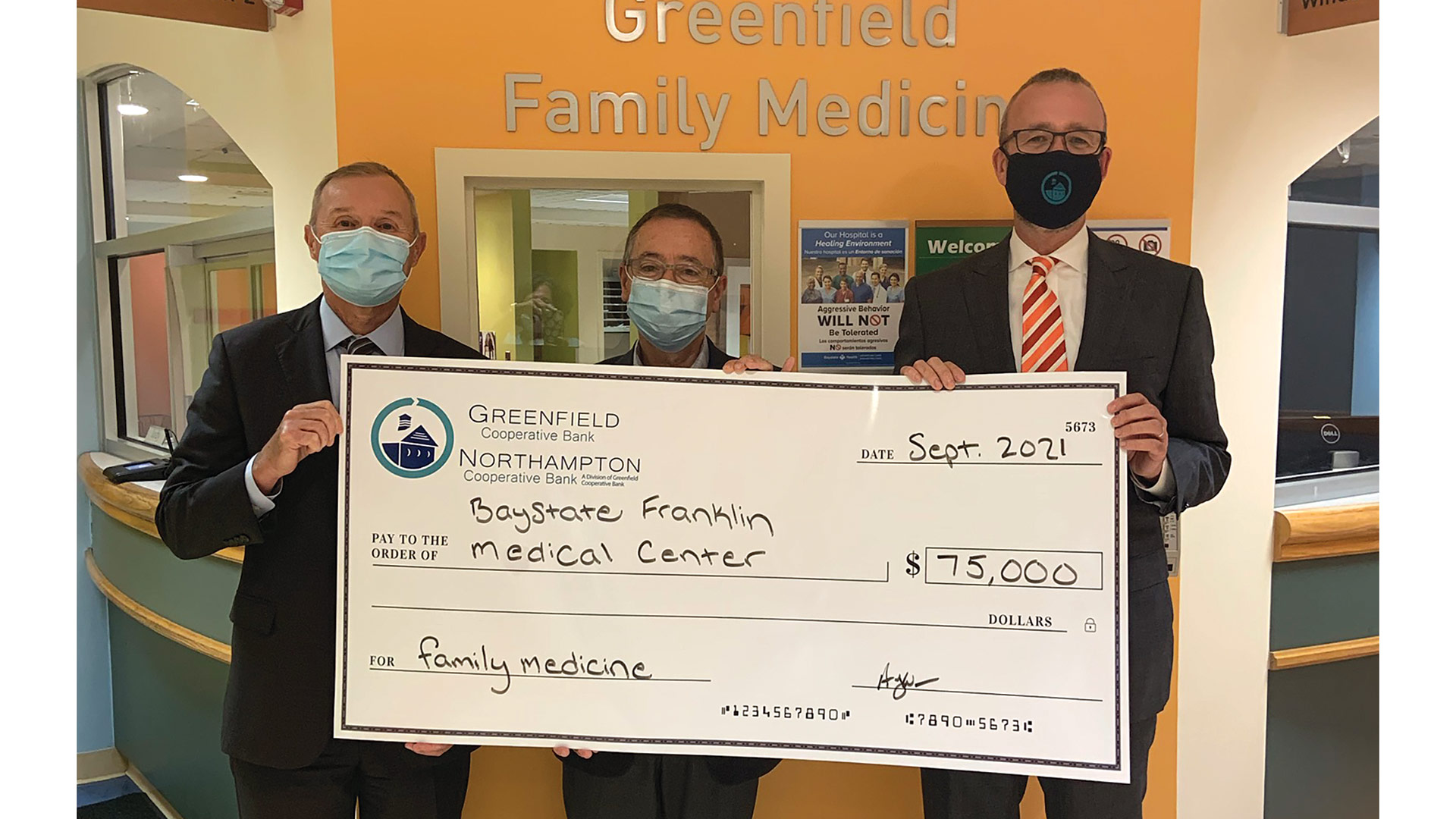 Greenfield Cooperative Bank recently made a $75,000 donation, one of the largest in the bank’s history, in support of Baystate Franklin Medical Center’s new Department of Family Medicine. This new UMass Medical School – Baystate-affiliated program will train future family doctors in Greenfield to ensure a legacy of long-term, sustainable, high-quality primary healthcare for the citizens of Franklin County and surrounding towns.

Email ‘Picture This’ photos with a caption and contact information to [email protected]
A photo essay of recent business events in Western Massachusetts December 25, 2018

Hundreds of dignitaries, including Gov. Charlie Baker, joined Springfield Technical Community College administrators, faculty, students, and trustees (past and present) for a ceremonial ribbon cutting for the Ira H. Rubenzahl Student Learning Commons, otherwise known as Building 19 when it was part of the Springfield Armory complex. Actually, several speakers who took the podium joked that the $50 million facility should simply be called ‘the Ira’ for short. The renovated historic building will now serve as a one-stop hub for student services and activities. 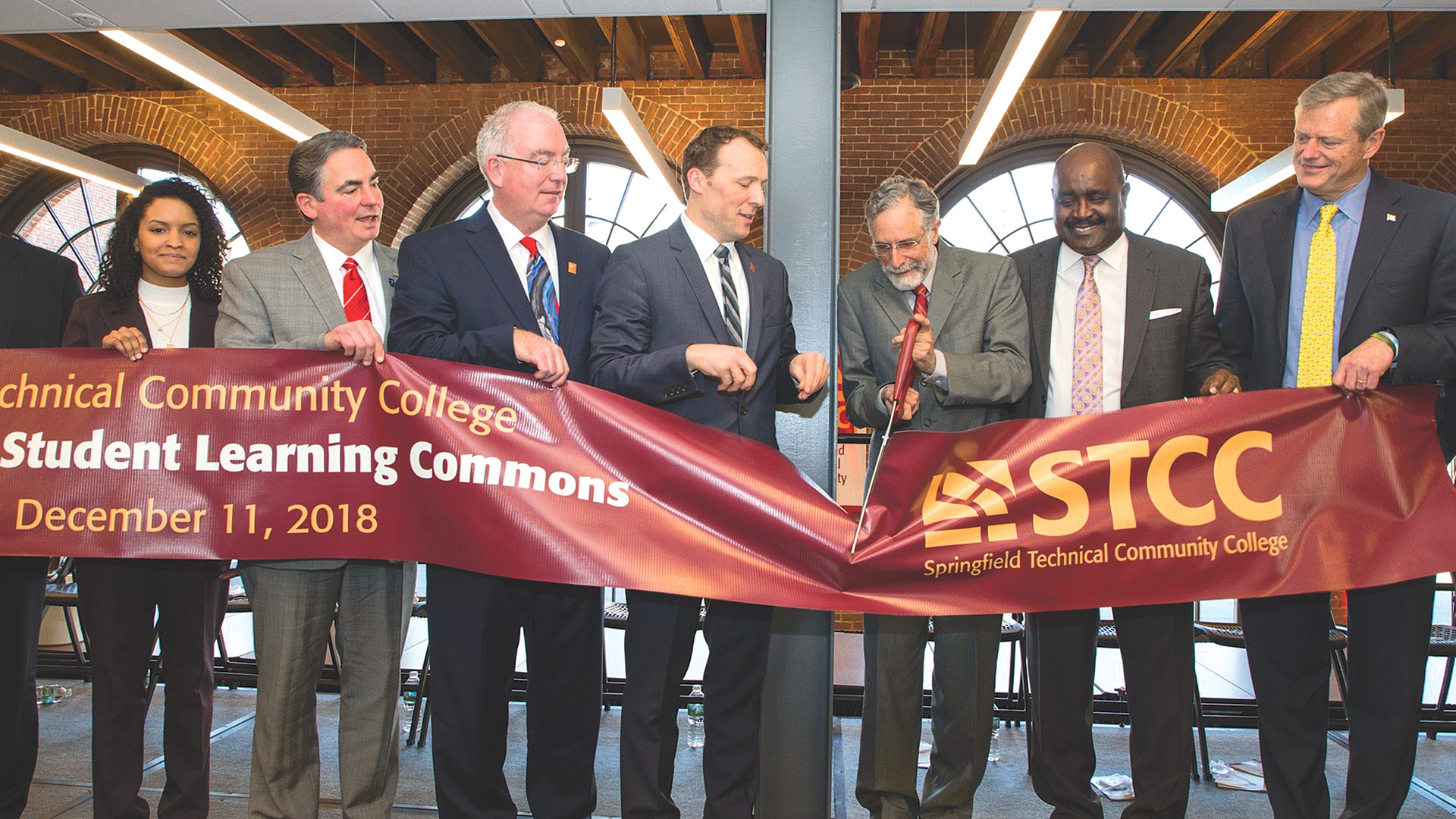 Rubenzahl, president of the school from 2004 to 2016 and visionary for the Building 19 project, cuts the ribbon Building 19 opened in the mid 1800s, and has served the college in a number of ways over the years Rubenzahl addresses those gathered for the ceremonies, with Cook and Baker to his right

The Massachusetts Bankers Assoc. (MBA) announced that the MBA Charitable Foundation set a new record in its annual year-end community grant season. The 45 grants in 2018 total $163,000. The foundation has now provided gifts totaling approximately $2.5 million over its 22-year history. Among the awards is $5,000 to United Way of Pioneer Valley’s Thrive Financial Success Program (below), $5,000 to the Food Bank of Western Massachusetts (middle), and $5,000 to Girls Inc. of Holyoke (bottom). ‘Your Friends Are My Friends’

More than 200 women recently attended WillPower Foundation’s “Your Friends Are My Friends” holiday brunch at Hadley Meeting House. The annual fundraiser raised more than $12,000 for grants for families with loved ones with different abilities throughout Western Mass. An art auction with pieces created by supporters of WillPower was the highlight of the event. Sharon Dufour of LUSO Federal Credit Union and Kim Anderson with art they won at the auction.