Banks, Credit Unions Find Many Ways to Give Back, Especially During Pandemic 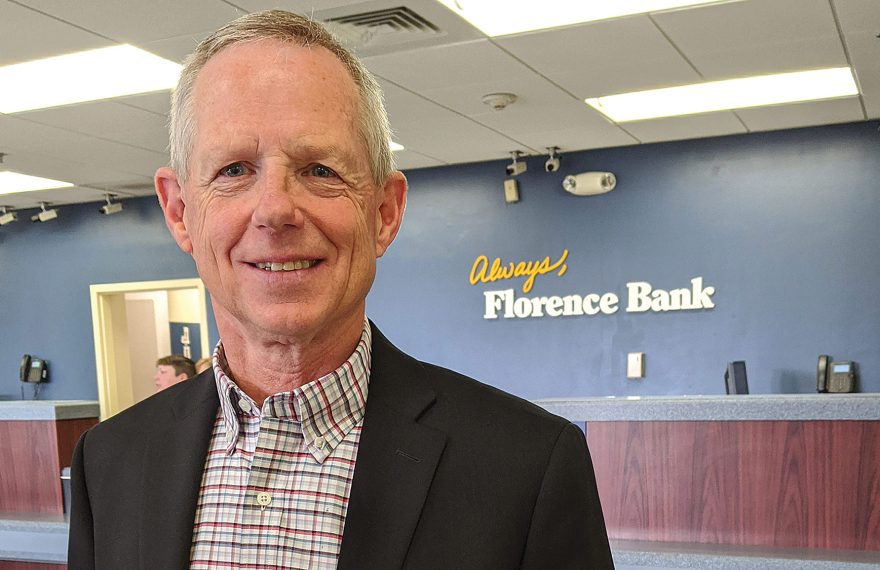 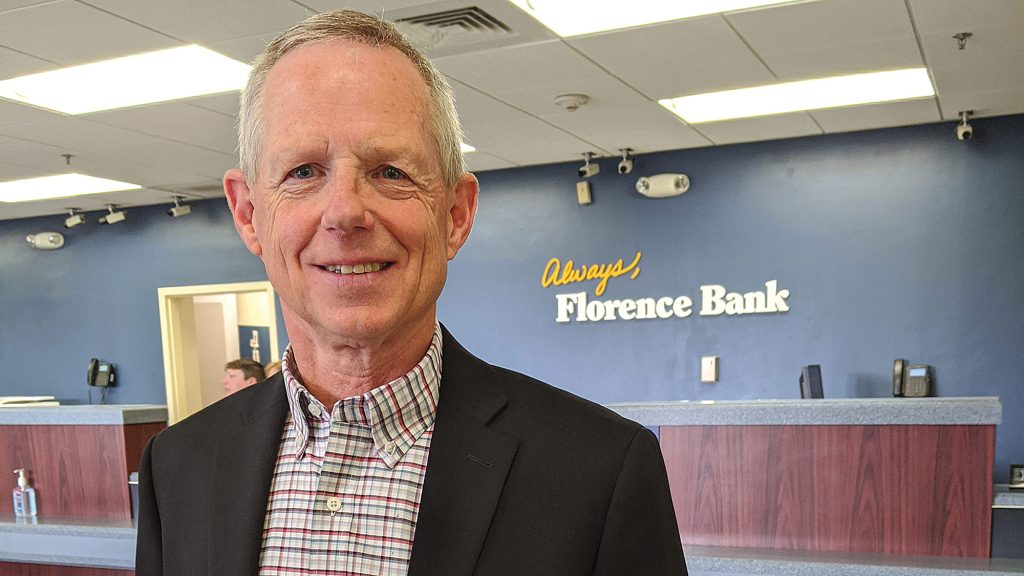 Banks and credit unions have long touted their role in supporting local nonprofits through philanthropic efforts, but those efforts took on more urgency over the past two years, especially in areas such as food insecurity and other basic human needs. But even before the pandemic, these institutions were giving back in ways that went well beyond writing checks, from participating in fundraising events in the community to promoting a culture of volunteerism among officers and employees. In other words, the needs remain numerous, but so do the ways to address them.

“We just try to be resilient and strengthen our communities and nonprofit sector,” said Day, the bank’s president and CEO. “We don’t necessarily go out year after year and do the same things; we tend to respond to the needs that arise, and needs in the community ebb and flow each year. Certainly, the last two years with COVID, we’ve responded to what the needs are and basically evaluated requests as they come in and tried to find the ones that have the broadest impact.”

The most obvious such need — one that many banks made a point of focus over the last two years — is food insecurity. Since the start of the pandemic, Florence Bank has donated at least $140,000 to organizations addressing that issue.

“We supported many local pantries and survival centers because the pandemic ramped up that need,” Day said. Meanwhile, “other organizations couldn’t run their normal events or even run the services they normally do. The way we managed our donations was responding to needs as they grew, and we were able to respond in a bigger way than normal.”

Craig Boivin, vice president of Marketing at UMassFive College Federal Credit Union, said it’s “in the DNA” of credit unions to invest money back into their local communities, and his institution does so in four main ways: writing checks to nonprofits, running donation drives, encouraging volunteerism among employees to help out community organizations, and financial-education programs that empower members in their financial lives. 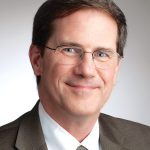 “We had new requests coming in that we never had before because of agencies that were feeling an impact from a surge of families and individuals needing support because of the pandemic.”

Some of the events UMassFive typically supports, such as Will Bike 4 Food and Monte’s March, which both support the Food Bank of Western Massachusetts, took on new importance during the pandemic, while the credit union also raised $16,000 last year for the UMass Cancer Walk and Run, bringing its total support of cancer detection and prevention through that event to around $160,000. It has also made a 10-year, $100,000 commitment to CISA to help people access healthy food through farm shares.

Meanwhile, members can use their ‘Buzz Points’ from a debit-card reward program, typically redeemable for gift cards at local establishments, to donate to area nonprofits instead, Boivin said.

“We’ve really tried to play that up over the past couple years because there’s so much need in those local organizations, and not everyone has the means to support them by writing checks, so, just by doing normal shopping, they can donate points earned from the program.”

On what Boivin calls the “roll up your sleeves” side of the bank’s efforts, members and employees provided 350 pounds of personal items to food pantries and the Amherst and Northampton Survival Centers last year, collected hundreds of winter coats for people in need, while continuing to participate in events like the Connecticut River Conservancy’s Source to Sea Cleanup.

“During the pandemic, we were thinking creatively about what else can we do that’s different than what we’ve done in the past to support different folks,” Boivin said. “In some cases, it was really kind of doubling down on our efforts because the needs jumped more than expected.”

Kevin O’Connor, executive vice president and chief banking officer at Westfield Bank, agreed. He said that, during the pandemic, the bank has received requests for help for many new organizations, as well as different kinds of requests from nonprofits it has assisted in the past.

“We had new requests coming in that we never had before because of agencies that were feeling an impact from a surge of families and individuals needing support because of the pandemic,” he noted. “We looked at every agency we didn’t know and looked at how they were doing things to support people. It might have been people we already gave to before, like the Boys and Girls Club of Westfield, that was doing something new and different.”

The bank was able to support many of these new requests through what he called a ‘reallocation’ of resources, especially when it came to events — and there were many of them — that were canceled because of the pandemic.

Moving forward, he said the bank has increased its budget for giving in 2022 to support events and organizations it has backed for years, if not decades, and also support some of those new, pandemic-related requests that won’t be going away any time soon.

Dan Moriarty, president and CEO of Monson Savings Bank (MSB), said the bank has long supported the basic needs of people in the community, whether that’s food, shelter, clothing, or education, to name a few. “We look at the basic needs first, and then we look at community development and youth. We try to spread money around to as many organizations as we can. And need plays a major role in those decisions.”

The nature of the pandemic, and how it isolated people and disrupted the economic well-being of families and forced them into challenging situations, certainly changed the calculus of those efforts, Moriarty noted. “I think it exacerbated the need to help people with their basic needs, even more than during a normal cycle, outside of a pandemic. Again, with so much need out there, we strive to eliminate it.”

PeoplesBank recently announced a record level of charitable contributions in 2021, with donations reaching $1,315,000 over the past year with a total of close to $11 million donated since 2011. The bank has doubled its donations in the last five years. 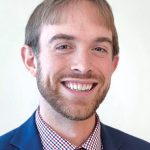 “During the pandemic, we were thinking creatively about what else can we do that’s different than what we’ve done in the past to support different folks. In some cases, it was really kind of doubling down on our efforts because the needs jumped more than expected.”

“We do have funding focus areas, as we call them, that are probably similar to other banks,” said Matt Bannister, the bank’s senior vice president of Marketing and Corporate Responsibility, listing among them economic development, food insecurity, housing, social services, sustainability and the environment, and literacy (both early-childhood and financial).

“I would say 90% of our grant requests fit into one of those categories,” he said. “The other category is community, which is anything that doesn’t fit another category. For instance, fireworks or First Night Northampton — things that are good for community spirit.”

The bank has donated meals to frontline responders during the pandemic (as has UMassFive and other institutions) and PPE, actions which are unique to the current environment, but most people negatively impacted by COVID tend to fall into one of PeoplesBank’s traditional philanthropic focus areas, like housing needs, food insecurity, or social services.

“We’ve given to specific COVID causes as they’ve come up over the past couple of years,” Bannister said. “We’ve done that over and above the normal giving we do anyway.”

He noted that, “even giving what we give, we’re still not able to give to everyone who asks; the needs out there are pressing.” To further address those needs, the bank’s employees donate 10,000 volunteer hours per year, and 74 of them have served on 54 different nonprofit boards.

Florence Bank takes pride in similar efforts, Day said. “We encourage all our officers to be part of the nonprofit community in some way. And our employees are involved in roughly 125 organizations in the area, as board members, volunteering at events, and so on.”

“Western Massachusetts is not only the bank’s home, but home for many of our team members,” Moriarty said. “We work here, live here, and raise our families here. We are invested in the well-being of the local landscape and ensuring that our neighbors’ needs are met.”

Through the TGIF program, bank employees elect to donate $5 out of each of their paychecks to employee-selected nonprofit organizations that support the bank’s local communities. Since the program was launched seven years ago, MSB employees have donated a total of $45,170 to various charitable organizations.

“The TGIF program is just one example of our employees holding up the bank’s value of helping our neighbors in need,” Moriarty went on. “I often refer to us as a team here at Monson Savings. The TGIF program is a true team effort. Participants of this program donate just $5 out of their pay, and each donation comes together to create a large impact.”

O’Connor said Westfield Bank, like other institutions, looked at new and different ways to support the community as a result of COVID, with many of them being public-health-related.

As one example, he cited the bank’s support of vaccination efforts in Springfield in a partnership effort with the Basketball Hall of Fame and other entities.

“We offered some support to help draw some bands and other kinds of entertainment to the Hall of Fame so that people would then hopefully go in and learn about vaccination, and hopefully get vaccinated, if that was their choosing,” he noted, adding that there were other initiatives with the Food Bank of Western Massachusetts and other agencies working to meet growing needs during the pandemic.

Boivin stressed that part of UMassFive’s community support stems from its financial-empowerment workshops, which have traditionally been offered at branches during the evening and sometimes during lunch hours.

“One silver lining of this pandemic is that it really forced us to get into the virtual world, opening those workshops up to a greater pool of people who might not get into our branches,” he said. “We had people from a much wider range of locations because we put content online and they could log in from home and don’t have to trek over to a branch.”

The workshop topics range from budgeting essentials to understanding credit to the basics of homebuying 101 — “quite a range of topics that all directly support our mission,” Boivin added, noting that these efforts and those directly supporting nonprofits all stem from the same philosophy.

“Even by giving out loans to people buying their first car or their first home, all those big life events, we play a role in the community,” he told BusinessWest. “Part of playing a role in the community is keeping more dollars local, investing in local organizations, and at the same time amplifying the mission of the credit union to better the financial lives of the people we serve. It takes many forms.”

Day agreed. “Community banks are in the same boat. Our employees are here, we all live and work in the community, and we all have a vested interest in making sure our community thrives.”

Unlike larger institutions whose management or directors don’t necessarily have a personal stake in the community, “for us, it’s a very important connection,” he added. “The decision makers are all here in the community. We’re not giving to places we don’t know. We see people impacted every single day, so there’s a tight connection between a bank like ours, where all our customers come from the local community, and our local organizations.”

Moriarty said Monson Savings Bank turns 150 this year, and he’s been looking at documents from the institution’s founding, which drove home MSB’s place in the community and why philanthropy is important, whether in a pandemic year or … well, a more normal one.