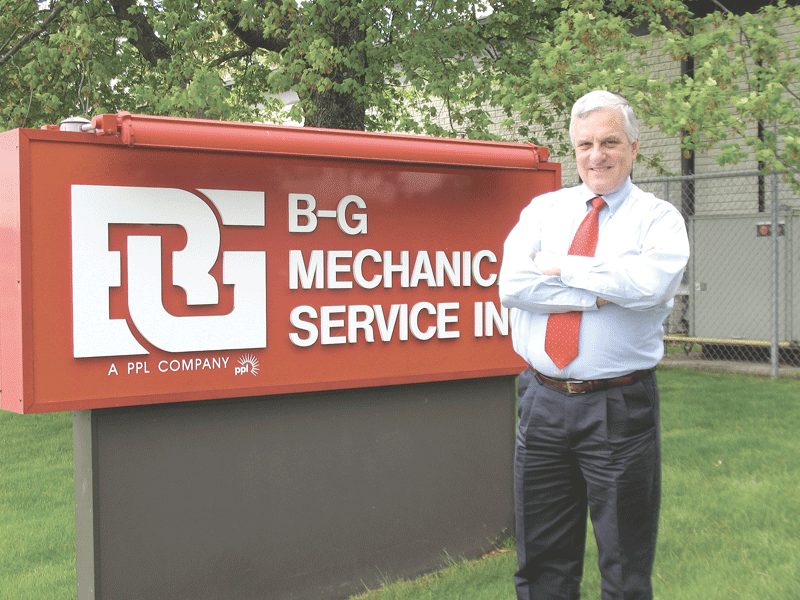 The B-G Companies Continue to Make Degrees of Progress 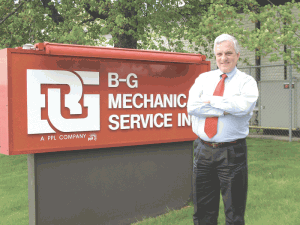 The B-G Companies, launched as a small plumbing outfit more than 80 years ago by a German immigrant, remained a small family shop for decades afterward. But the past 30 years have seen significant expansion of the HVAC venture, which now boasts an impressive footprint across New England. Today, it’s making a name for itself in energy-efficiency projects, being sure to stay on the cutting edge of an industry that remains highly competitive.

It may no longer be a family business, but B-G Mechanical Services still feels like family to James Reidy.
“There are a lot of long-time people here,” said Reidy, the Chicopee-based company’s operations manager. “I’m one of the newer people, and I’ve been here 11 years.”
That stability speaks to the long-term success of an HVAC firm launched more than eight decades ago which boasts an impressive footprint in New England. Today, the B-G name — which includes sister company B-G Mechanical Contractors — is backed by the clout of its parent company, Pennsylvania Power & Light Corp. (PPL), one of the largest energy conglomerates in the U.S., which bought the outfit in 2000.
B-G is comprised of several divisions that handle very different types of work, Reidy explained.
“Here in the service division, we do smaller projects, and the crux of our business is contract maintenance,” he explained. “We’ll go to your building, change your filter, check your belts, and do whatever else is needed for your equipment to maintain it. When we see something wrong, we’ll let you know, and can hopefully repair that for you.”
A second division handles special projects, including design-build work for existing customers and smaller projects up for bid, up to around $1 million, Reidy explained. “They have engineering expertise and guys who are equipped to go out and do smaller projects.”
Meanwhile, B-G Mechanical Contractors performs mainly bid and spec work for larger projects, he explained, for both private companies and municipal properties.
“Our business contracting does a lot of school work; that seems to be a good niche for us,” Reidy said. “Plastics is very big around here, and we have a lot of customers involved in that, and we have a lot of customers in the printing industry, too.
In addition, “if a town needs a contractor, we’re big enough to handle just about any need from any town around here,” he added. “We’re unionized; if we really need extra manpower, we can call the hall, and hopefully they’ll have a few guys on the bench, ready to come to work.”
Just as B-G has been ready to answer the call for the past 80-plus years.

Steady Growth
B-G was started as a family business in the 1920s by German immigrant Bruno Goeldner. In 1956, he passed it on to his son, William, who incorporated the company in 1957. William’s son, Robert, joined the company in 1960 and became CEO upon William’s retirement in 1969. That was when what had been a small outfit began to grow and expand.
In 1970, Pioneer Plumbing and Heating was formed, prospering until the late ’70s, when it was merged with what had long been known as Bruno Goeldner Plumbing and Heating. The new entity was incorporated as B-G Mechanical Contractors Inc.
“Bob built B-G from a little plumbing shop into one of the premier mechanical firms in all of New England,” Reidy said. “In addition to B-G Mechanical Contractors, he started B-G Service, Titan Mechanical in Hartford, and Millennium Builders in Rocky Hill. Those were his four basic companies. He really built it from a mom-and-pop plumbing shop to a real contracting firm. He turned it into what it is today.”
In 2000, Robert Goeldner sold his companies to PPL. “Pennsylvania Power and Light owns 13 contracting companies from Virginia to Boston,” said Reidy, noting that the conglomerate recently bought Tennessee Electric Co. and Louisiana Power & Light Co.
Locally, B-G’s focus is mainly on commercial and industrial work, he emphasized, “but we have occasionally been involved in homes — bigger homes that have commercial systems in them.” Larger customers range from UMass and Holyoke Community College to Hartford’s post offices and the city of Springfield.
We’re fortunate that we have UMass; there are a lot of projects up there,” Reidy said.
“We also do a lot of work at Yale, which has a big endowment and is always doing projects. They’re a good customer, and we like dealing with them.”
These days, in the wake of the recession, “we find that municipalities are strapped; budgets are cut because tax revenue is down, and towns don’t have the money to spend on infrastructure.” But having a wide range of services and a broad client base helps shelter the company somewhat.
“We’re fortunate that, even with the downturn in the economy, we’re diversified enough to survive,” he said. “If people don’t want to replace a system, they’ll service parts of it. So it’s one end of what we do, or another. It’s busy.”

Lean and Green
He’s especially excited about the company’s forays into alternative-energy projects, such as the recent installation of new boilers and and other equipment for Springfield’s municipal buildings after the city undertook what is known as an ‘energy makeover.’
“There are companies that will come into a facility, or a city like Springfield, and do an energy audit on all the buildings, and come up with recommendations on how to save a certain amount of money,” Reidy said. “Then they’ll turn around and give you guarantees on that. Then a contractor — in this case, B-G — will come in and install these energy improvements.” The company has also completed similar work for the Worcester Housing Authority.
In addition, “we recently completed a geothermal project right here in Springfield, for the Local 7 electrical union,” Reidy said. “We installed a geothermal refrigeration system that heats and cools their building, and they’re receiving good savings from that installation.”
B-G has also begun taking on more photovoltaic work, such as the installation of 100 rooftop solar panels at the Hampshire County Jail.
“That’s a fast-growing industry,” Reidy said. “I think people are starting to pay attention to efficiency all the way down the line, from large projects to small pieces of equipment for homes.
“We’ve done quite a few green-building projects,” he continued. “Its time has come, as people keep looking for ways to save money. It’s a perfect storm, if you think about it: fuel costs are up, people are more aware of the environment now, and conservation is kicking in.”
That economic consideration is key, though, to getting many people to move toward energy-efficient solutions. “In my own experience, I converted from oil to gas in my home this year and saved 50% on the fuel bill,” Reidy said. “That’s a quick payback, and that’s what people want, a quick payback. They want to know, ‘how many years will it take for this investment to pay me back?’ Energy efficiency today is huge.”

Up to Speed
Even as B-G embraces these trends, it has seen the HVAC field in general become more challenging on many levels, but more exciting as well.
“The speed at which jobs get done has increased dramatically; everything is faster, faster, faster,” Reidy said. “And the computer has changed the building automation controls amazingly. Every piece of equipment today has some kind of plug-in computer board. It makes troubleshooting the equipment so much easier. It reminds you of when service is due, reminds you of filter changes … all that is done through the computer today; it’s all automated. That’s probably the biggest change in the industry.”
In addition, he said, “there have been a lot of changes in the way pipes are put together — quicker, faster, better — that saves labor in projects.”
Being faster also means staying nimble against what has become stiffer competition in recent years, he told BusinessWest.
“We’re finding that competition keeps you moving faster because, if you’re not out knocking on doors, someone’s going to be out there in front of you,” he said. “We’re finding, when we bid on projects here in Springfield, guys from Rhode Island, Boston, and New York are here to bid on the work, because they know the work is here.”
In other words, even a struggling economy hasn’t cooled off business too much for this ‘little plumbing shop’ that has become much more. 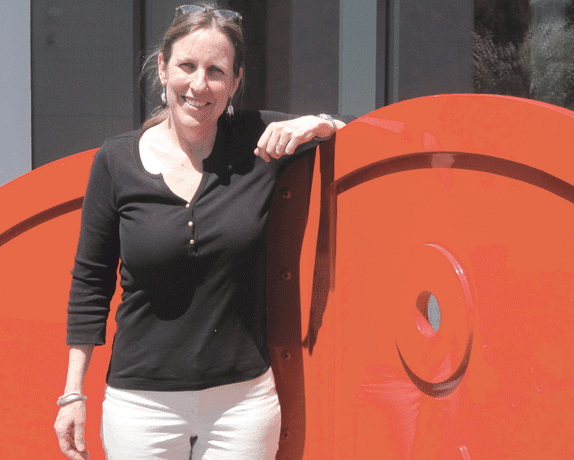