A New Entity Has Been Created for Socially Responsible Businesses 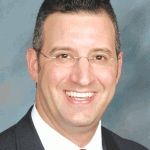 While businesses continue to move forward through difficult and uncertain fiscal times, some companies have chosen to ensure that their growth and prosperity is directed not only toward the benefit of their stockholders and owners, but also toward the general public good.

For those companies, a new Massachusetts law that became effective earlier this month provides a new form of legal entity that permits companies to form as, or convert to, a ‘benefit corporation.’ This means that it has the purpose, in addition to pursuing the company’s underlying business, of creating a ‘general public benefit.’

The enabling legislation creating the new benefit-corporation entity was due in part to the work of B Lab, a Pennsylvania-based nonprofit whose mission is to “solve social and environmental problems.” Massachusetts was the 11th state to enact legislation permitting benefit corporations, and Pennsylvania has subsequently become the 12th.

A benefit corporation should not be confused with, and must be distinguished from, a nonprofit corporation. Nonprofit corporations are formed pursuant to a different section of Massachusetts law and permit the further application to the Internal Revenue Service for tax exemption. While there are many types and forms of nonprofit and charitable corporations, such entities generally exist either for the greater good of the general public or, in the case of membership-driven nonprofit organizations, such as trade organizations, chambers of commerce, and religious institutions, for the benefit of congregational and other members.

One of the most significant elements of the new business-corporation law pertains to the duty and standard of care to which corporate officers and directors are held. In a traditional corporation, officers and directors are held to the so-called ‘business-judgment rule,’ which holds such individuals liable for unfavorable business outcomes to the extent that such individuals did not act in good faith and as a reasonable person would have acted under those circumstances.

Through the new legislation, however, the scope of what can be considered by officers and directors in discharging their duties has been greatly expanded to include the public-benefit concept. In discharging their respective duties with respect to the benefit corporation, both officers and directors of the company would be obligated to consider not only the effects of their decisions upon shareholders of the corporation, but also:

• Customers and clients as beneficiaries of the general public benefit of the corporation;

• Community and societal factors, including those of each community in which the business operates;

• The local, regional, and global environment, and

• The ability of the benefit corporation to accomplish its general public-benefit purpose.

Importantly, and unlike similar legislation in other jurisdictions, the statute specifically protects officers and directors from personal liability for monetary damages arising out of claims for the failure of the benefit corporation to pursue or create a general public benefit.

The practical effect of the expanding consideration of officers and directors is that they may not be subject to a stockholder derivative action as a result of taking actions that, while more costly to the business, would benefit the greater public.

For instance, a board of directors may elect to lease or purchase a more expensive facility in which to house the business, with such a decision having been based upon environmentally friendly and renewable-energy determinable factors, as opposed to pure utility and cost. Under such circumstances, stockholders would likely not prevail in a derivative action against the board.

However, while officers and directors have relief from liability for pursuing these general public benefits, the legislation nonetheless includes mechanisms to ensure that the corporation fulfills its obligations as a benefit corporation.

Specifically, benefit corporations may appoint an officer as a designated ‘benefit officer,’ and charge him or her with the duty to oversee the public benefits provided by the corporation, as well as to prepare an annual benefit report setting forth the company’s successes or challenges in pursuing its specific or general public benefits goals. Much like the annual report of a traditional corporation, the annual benefit report will be filed with the Secretary of the Commonwealth, in addition to being sent to stockholders and posted on the company’s website.

Parties, including shareholders, directors, and beneficial-interest owners who believe the company is not fulfilling its obligations in this regard, may initiate a benefit-enforcement proceeding as their sole remedy, but may neither bring an action against officers and directors nor claim damages for failure of the benefit corporation to pursue or create a general or specific public benefit.

If you think that a benefits corporation may suit your business, or if you have questions in this regard, it would be wise to consult your corporate attorney.

Jeffrey Fialky is a shareholder with the regional law firm Bacon Wilson, P.C, specializing in business, corporate, municipal, and real-estate law. A former assistant district attorney in Hampden County, Fialky joined the firm after a decade of holding senior attorney positions within some of the country’s most prominent telecommunications and cable-television companies, where he negotiated large-scale licensing, acquisition, and distribution agreements; (413) 781-0560; baconwilson.com/attorneys/fialky 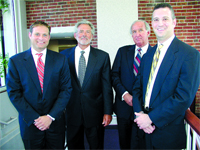