Bikers are outlaws.
That’s a little piece of American myth that persists in some circles. But if catering to a motorcycle crowd is wrong, there are dozens of business owners and city planners in downtown Springfield who don’t want to be right.

Seven years ago, the Springfield Business Improvement District (BID) launched its first summer concert series downtown, luring visitors to the city’s streets with the promise of free, family-friendly entertainment every Thursday night. The event caught on, thanks to a strong roster of national acts – among them, Delbert McClinton, Pete Best, Sophie B. Hawkins, Cracker, and others – and cooperation between the BID and many downtown restaurants and clubs. But the real change began about five years ago, when a few motorcycles roared into the event to take advantage of warm summer air and easy parking in Springfield’s club quarter. Soon, word began to spread that downtown Springfield was ‘bike-friendly.’

The phenomenon progressed gradually, as more bikes arrived each Thursday throughout the summer, creating long rows on the streets of the city’s club quarter. This year, the Stearns Square CityBlock Summer Concert Series is seeing its busiest and most successful season yet, though the event’s proper title is foreign to many of its regulars.

Now, they just refer to Thursday nights in downtown Springfield as Bike Night.

A visit to downtown Springfield on Bike Night reveals thousands of motorcycles, some customized with everything from flashing lights to fiberglass spoilers, lining the two main arteries of the city’s entertainment district, Bridge and Worthington streets, as well as many side streets and privately owned parking lots. The CityBlock concerts staged in the center of the club quarter at Stearns Square are still the main draw, but Bob Turin, executive director of the Springfield BID, admits that Thursdays are starting to take on a two-wheeled life of their own.

“Some people still have that outlaw image of the biker stuck in their heads,” said Turin, “but what we see are thousands of people who have enough disposable income to afford a $20,000 toy. They might not have summer homes in the south of France, but they’re certainly not criminals.”

Rather, for the most part they’re an older crowd, between 30 and 50 years old, most with little interest in starting trouble. They also arrive early to stroll the streets, and stay late for dinner or drinks. And they keep coming, week after week, with their wallets in hand.

Dan Poirier, manager of the Salty Dog Saloon on Bridge Street, said the bar already bolsters its business by regularly promoting live bands, ‘flair’ bartenders, and mechanical bull rides, among other perks. But for 10 Thursdays out of the summer, he said, every other night’s sales are routinely blown out of the water.

“Thursday nights in the summer mark the strongest sales nights for the entire year,” he said. “It’s so busy we bring in extra staff on Thursdays. But what always gets me is that it’s the night of the week with the fewest problems. Bikers don’t want to start fights and get rowdy … none of them want anything to happen to their bikes.”

Poirier added that he sees firsthand every week the economic impact of Bike Night in Springfield. While it’s hard to quantify exactly how much money is rolling into the city each week, the visible proof of activity downtown is unmistakable. Worthington and Bridge Streets are now blocked off to cars on Thursday nights, the BID provides outdoor beer and wine stations in the square, and Springfield police work additional details around the concerts’ perimeter.

Similarly, the Salty Dog provides a safe, private parking area for bikers, and often, Poirier said those riders are coming in from as far as Boston, Buffalo, and New York City and staying overnight at one of the downtown hotels. Some notable names in the motorcycle world have also taken notice, among them Dave Perewitz, featured on the Discovery Channel’s Biker Build-off, who motors in regularly to take in the sights and will soon present the Salty Dog with a one-of-a-kind creation.

“I would venture to say it’s not thousands of dollars coming into Springfield every week,” Poirier mused. “It’s in the millions.”

Turin said the concerts typically attract between 3,000 and 6,000 people, and with the BID’s primary objective creating a better image for a cash-strapped city, those numbers are his biggest concern.

“We gauge by buzz, not budget,” he said, “and essentially we’re getting 10 weeks of positive press out of these events.”

The BID, funded by yearly assessments to property owners in the district, sinks $75,000 a year into the CityBlock concerts, of which about half is offset by funding from grants and sponsorships. Turin said the concerts only represent about 5% of the BID’s overall program budget; funds are also allocated to city improvement projects ranging from a $50,000 pledge for surveillance cameras to hanging flower baskets on the city’s lampposts.

But with plenty of good works in place, Turin, who began the CityBlock concerts a year after taking his post, recalls a time when Springfield lacked confidence in the idea, which has been successful in other cities including New York and Boston.

“It’s funny to think back now to the time when people thought having these concerts on Thursdays instead of weekends was a mistake,” he said. “My feeling was that if bars and restaurants weren’t doing well on Friday and Saturday nights on their own, they had bigger problems. So, we created a new Friday night.”

Keith Weppler, owner and manager of Theodore’s, a popular blues bar and restaurant on Worthington Street that serves as a CityBlock sponsor, can attest to that. Band members sometimes end the free concert at Stearns Square only to jump on stage at Theodore’s Thursday night open mic, and plenty of patrons are there to cheer them on.

“We’re doing extremely well,” he said, adding that he typically sees a 100% to 200% increase on Thursdays in the summer, over any other night. “We saw an increase in traffic immediately when the concerts started, but this is by far the best year yet.”

Weppler said Theodore’s serves for the most part as an in-kind sponsor of the CityBlock concerts, providing a meal, green room space, and other hospitality services for the acts. The services total $5,000 each year in value, he said, a relatively small price when compared to the return.

“This has become such an event unto itself that people aren’t coming downtown for any one attraction anymore,” he said, adding that most, if not all, club owners on Worthington Street are very much in favor of the concerts and the surrounding activity, if for no other reason than because they help the bottom line.

“For a long time, we didn’t have anything going on in the summer months; CityStage doesn’t put on shows, the symphony is taking time off, and we would feel that hit,” he said. “Now, we’re much more able to keep our staff working year-round, and that’s huge.”

Weppler also noted that the motorcycle crowd is an easy one to please.

“We serve the ribs and pour the beers, and they’re happy,” he said. “And that’s fine with us.”

And now, the BID is responding to the bike presence at the CityBlock shows too, which this year again welcomed a number of national acts including The Yardbirds, Cherry Poppin’ Daddies, and Roomful of Blues, among others.

While Turin said he doesn’t want to promote CityBlock Thursdays merely as ‘bike nights’ – plenty of people still drive in on four wheels, he said, and the BID hopes to maintain a strong family feel for all of its events – some small changes have been made to marketing materials, such as the addition of a logo created this year by marketing and public relations director Taryn Markham that couples a guitar with a motorcycle.

“This has become three events in one,” said Turin. “It’s a music event that draws fans from all over the region, it’s a family event that offers something free for all ages, and now the bikes are the last piece.”

But they’re a piece he has some affinity for. Turin will retire this year, and with thousands of bikes revving their engines in his wake, he’s going out with a roar.

“Motorcycles and bikers – they’re American icons,” he said. “And they’re forging a road that is changing Springfield’s image.” 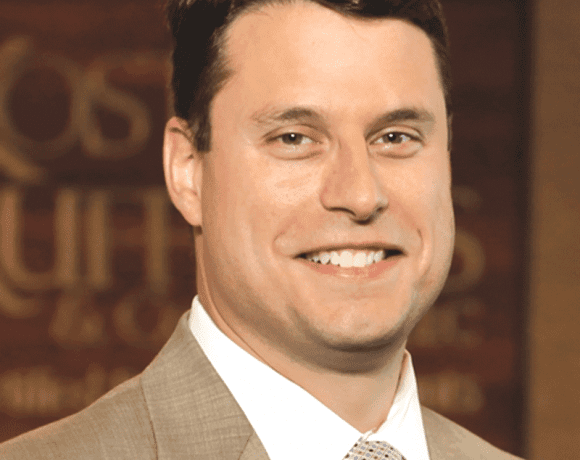