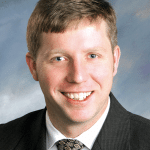 It is impossible to order a cup of coffee or sandwich without being confronted by a ubiquitous jar labeled “tips for tuition,” “tipping isn’t just for cows,” or some such other catchy phrase. While many patrons smile and happily drop their spare change in the tip jar or leave a gratuity following a meal, the seemingly selfless act of tipping can lead to unintended consequences for restaurateurs who are either unaware that Massachusetts closely regulates tips, or have implemented unlawful tip-sharing procedures.

These unintended consequences may include the imposition of multiple damage awards and civil and criminal penalties for unwary restaurateurs who violate Massachusetts General Laws c. 149 § 152A.

The far-reaching impact of this law is demonstrated in the 2012 case of Matamoros v. Starbucks Corp. In this class-action lawsuit, a group of coffee baristas brought and won a lawsuit against Starbucks over the distribution of tips from the jar placed alongside the store’s cash registers. Under Starbucks’ policy, tips from the collective tip jar were distributed to workers, including workers who had managerial responsibilities for Starbucks such as ‘shift supervisors.’ In finding for the baristas and against Starbucks, the federal appellate court held under Massachusetts law that no employee with managerial responsibilities could participate in Starbucks’ tip-sharing procedure, even though the lion’s share of the shift supervisors’ day-to-day work involved the same job function as the baristas, serving Starbucks’ guests.

A tip under Massachusetts law is broadly defined as “a sum of money, including any amount designated by a credit-card patron, a gift, or a gratuity, given as an acknowledgment of any service performed by a waitstaff employee or service bartender.” Most mandatory service charges imposed by restaurants must be treated the same as tips.

Under the law, ‘waitstaff’ is a broad category of employees that includes servers, bus people, and counter staff, who: (1) serve beverages or prepared food directly to patrons, or who clear patrons’ tables; (2) work in a restaurant, banquet facility, or other place where prepared food or beverages are served; and (3) have no managerial responsibility. ‘Service bartenders’ are employees who prepare alcoholic or non-alcoholic beverages for patrons to be served by another employee, such as a waitstaff employee. Stated plainly, the law allows tip pooling or sharing or ‘tipping out’ between servers, counter people, bus people, and all bartenders, but specifically excludes any individual with managerial responsibility, no matter how slight, as well as those individuals not specifically included, such as doormen, cooks, hostesses, and expediters.

As evidenced in the Starbucks case and a number of other recent lawsuits and settlements, restaurateurs who violate this law are subject to far greater liability than the wrongfully withheld tips. Under the law, an employee, and often an entire class of employees (say, your entire front-of-house staff for the past three years) may seek up to three years worth of prior unpaid tips, multiple damages equal to three times the wrongfully withheld tips, as well as their attorneys’ fees and costs. Additionally, any restaurateur who violates the act, even if it does so innocently, may be liable to the Commonwealth for fines of up to $25,000 and criminal penalties. Put into context, the judgment against Starbucks in the barista case was slightly over $14 million.

Courts have ruled that the Legislature’s intent in passing the act was to ensure that service employees receive the tips, gratuities, and service charges that customers intend them to receive. With the potential for huge judgments and onerous civil penalties, unless the law is amended, restaurant management should, at a bare minimum, implement these practical suggestions for tips and service charges:

• Do not allow restaurant employees with supervisory responsibility, no matter how slight, to share in tips earned by waitstaff or service bartenders;

• Have a written tip pooling/sharing policy that excludes individuals who are not waitstaff or service bartenders, and ensure it is followed by all employees;

• Pay out pooled tips only to eligible employees and on the same day the tips were earned; and, finally,

• Hold regular trainings with managers, supervisors, and employees to ensure compliance with the law and your individual restaurant’s tip-sharing policies.

Mark A. Tanner is a shareholder in the Northampton office of Bacon/Wilson, P.C. Prior to practicing law, he graduated from the Hotel Restaurant Management program at UMass Amherst, received an MBA from the University of Colorado, and managed numerous restaurants throughout the country. Tanner currently advises restaurateurs and other businesses in litigation and business-planning matters. This article is provided for information purposes only and does not constitute legal advice; (413) 584-1287; baconwilson.com/attorneys/tanner