Holly Leonard Inspires Others to Be Fit

Holly Leonard decided to take charge of her health and body image as a teenager, but she knows it’s tough for many people to make the same commitment. As a personal trainer and owner of BeFit Health and Wellness Solutions, today she combines her training in exercise science and psychology — and the personal insights gleaned from her own weight-loss experience — to help others overcome their own obstacles to fitness and self-confidence.

In her teen years, Holly Leonard didn’t lack for athletic achievement. In fact, she was the star catcher of a championship softball team. But she was also a frequent binge eater — an experience that has given her keen insights into what millions of Americans struggle with every day.

“That’s actually how it all started,” said Leonard, now a personal trainer and owner of BeFit Health and Wellness Solutions in Hadley. “I had always been active in sports, particularly league softball, that you don’t have to be too athletic to play, and I found myself overweight and not very happy with who I was in terms of confidence and body image.”

The tipping point came when she found she didn’t fit in clothes she had purchased earlier the same day. Something had to change.

“I broke down and said, ‘enough,’” she told BusinessWest. “So I went online and researched how to eat right and exercise. I put together a plan, and though I was never a morning person, I committed to getting up every day and going to the gym before doing anything else. I lost 30 pounds that summer, and my confidence and my whole outlook on life changed because of it.”

Soon after, Leonard was challenging herself by competing and winning awards in natural bodybuilding competitions. She also decided to major in Exercise Science and Psychology at UMass Amherst — “I knew from my own experience that those two things go hand in hand” — and soon after landed a job in the corporate wellness center at Yankee Candle in Deerfield, there earning certification as a trainer and a group instructor.

But Leonard had bigger goals, and in 2006 launched Be Fit in a small studio on Route 9 in Hadley. She remains at that address today, but now her studio occupies three private suites.

Her client list — typically average people who need some direction and motivation to lose weight and, well, be fit — is growing by the week. And all are told on their first consultation that there are no quick fixes.

“Most people want results yesterday, but by the time they meet with me, it’s already past that deadline,” she said. “We don’t take everyone. We work with people who are fully committed to their goals. They have to be willing to put forth the effort, and we help them by giving them the tools, teaching them about exercise and good nutrition.”

Leonard’s goals as an in secure teenager weren’t reached in a day, either. But her efforts to get in shape then — just like her efforts to build a thriving business today — were successful, and continue to inspire others.

Obesity — and a general lack of fitness — are all-too-common problems in America today, given plenty of attention by TV and print media. But they remain tough issues for many to overcome, and Leonard understands some of the obstacles.

“Some people think they need big machines, but I want to show people that they can get a great workout and achieve results with minimal equipment,” she said. “They can work with a trainer here for a couple of months and get the foundation of what they need to achieve results.”

That’s a big deal for many, she said, who worry about going to a gym, where the machines can be intimidating and they might feel — justifiably or not — like the only out-of-shape person in the room. By working with clients one-on-one or in small groups, Leonard helps them overcome large-gym anxieties, and sets them up with programs they can continue at home.

“No matter where you are or what your goals are, you will feel accepted here, and we’re going to help you achieve those goals and give you what you need to maintain them after you’re done working with us,” she told BusinessWest, adding quickly that some clients do stay with her long-term. “There’s a perception that only celebrities go to trainers, or it’s only for rehab. But they’re mostly average people; they just want to firm and tone and lose five or 10 pounds. Wherever people are, we’ll work with them.”

Another major obstacle to getting in shape is simply a lack of motivation, and that’s where a personal trainer can make a big difference.

“The biggest thing is, they don’t have a plan, and they don’t have someone to hold them accountable to that plan,” Leonard said. “It’s easy to say, ‘I’m going to get up every day this week and work out,’ but then Wednesday rolls around, you’re tired, and you decide not to get up. Nobody’s holding you accountable. We set goals with people and set a timeline, and we hold them to it. Because that’s the initial stumbling block — not being held accountable.”

That applies to food even more than exercise, Leonard said, noting that not only is eating right more important than physical activity, but it’s a more difficult goal to achieve.

“It’s easy to get in three or four workouts a week, but nutrition is 24/7, and there are a lot more places you can slip up,” she said. “Basically, we tell our clients that nutrition is where 90% of the results come from, and about 10% from exercise. As an exercise person, I don’t really like to admit that, but it’s the truth.”

BeFit tries to make nutrition as simple as possible for clients, encouraging five or six small meals per day, at roughly three-hour intervals, featuring lean proteins — such as chicken or eggs — skim dairy products, fruits, vegetables, and starchy carbohydrates such as brown rice, bread, or pasta. For people who can’t prepare that many meals per day, occasionally substituting a snack such as a banana or cottage cheese will suffice.

“We start with a little scavenger hunt where they need to pick five or 10 items they think are part of a healthy nutrition plan,” she said, noting that people are often surprised at what they don’t know about the contents of food. “They think, ‘I’m getting this lowfat yogurt,’ and it’s loaded with sugar or artificial ingredients. We educate people about what’s in products, why they want to choose whole grains over white bread, and the impact of certain foods on their metabolism.”

“Nothing Tastes as Good as Fit Feels” is the headline of one of the many informational sheets Leonard mails out, touting good nutrition habits such as planning a week’s worth of meals at one time and using meal-replacement bars and shakes when on the go.

“We hold people accountable and do regular assessments on them,” she said. “People need to know if they’re progressing, and they sometimes need course corrections. A lot of people out there are stumbling along blindly on their own, without any feedback to keep them from falling off the wagon. We keep repeating all this to our clients until they get to their goals.”

Leonard said BeFit’s small-group sessions — no more than five in a class — are much less expensive than the private-trainer plans, but allow a similarly personalized, encouraging framework for success.

“People receive a great value that way,” she said. “And no matter where they are, a beginner or a pro athlete, the workout is completely scalable. It’s the same workout, but one person might do one set of each exercise, while another does three. Everyone is working toward their own goals.”

The appeal of BeFit is evident, she said, in the range of clients the company boasts, from a 16-year-old girl to a 76-year-old who signed up to combat a persistent knee pain.

“I try to distinguish myself from gyms,” Leonard said. “Not that people shouldn’t go to gyms, but we make it more personalized. We know all our clients, we E-mail them on a weekly basis, we send cards and gifts. We really emphasize the personal component, which is why we’ve had clients stay with us for a long time. It’s something we really strive for.”

And, clearly, Leonard has a history of achieving what she strives for.

A List of Early Education and Child Care Facilities 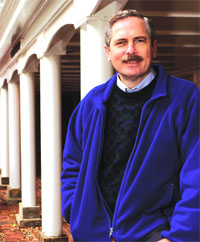