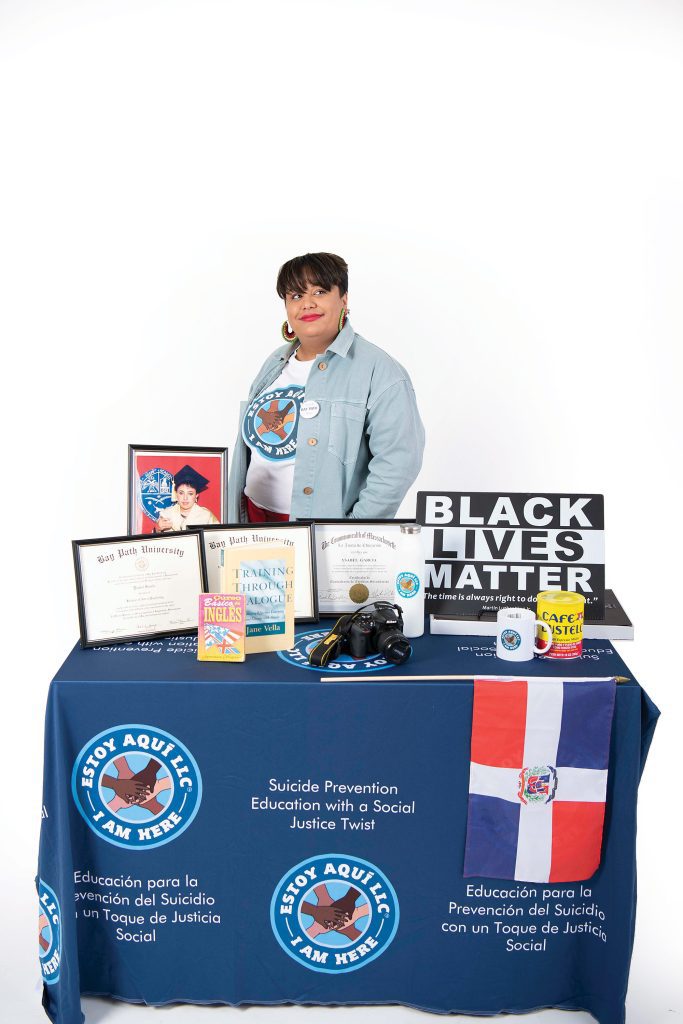 Suicide is not an easy topic to talk about. But Ysabel Garcia knows firsthand that it is a subject that must be addressed. A first-generation Dominican immigrant, she identifies as a psychiatric survivor who experienced what she calls the “failures of the mental health system.”

“I got stuck in the psychiatric hospitalization residential programs system,” she explained. “I started this whole journey of hospitalizations. Social workers started to come to the home we moved into … but the thing about that is that any time I said that I was suicidal, they wouldn’t ask me questions or anything like that. The only thing they did was pick up the phone and call 911. Then, police would come to the home and then get me into basically an emergency room for hours to then be hospitalized, to then be thrown into residential programs … every two to three months, I was in the hospital just because social workers didn’t know how to handle conversations about suicide.”

Eventually, Garcia obtained her GED and then a degree in child psychology from Bay Path University, where she would later earn her master of public health degree. After she began working in the field, she quickly realized that the system was lacking.

Her answer was to create Estoy Aqui LLC, an education initiative that provides suicide prevention and social justice training to organizations and businesses primarily serving Latinx and black communities to raise awareness of the underlying sociocultural and racial factors that increase suicide risk in these populations.

Looking back on her own experiences, she saw a clear need for such a venture. “I thought, ‘why is there nobody talking about what I care about?’ I started researching and looking for organizations to find out who is talking about suicide or who is talking about the psychiatric system, the abuses that go on in there, because it is not only that I was involuntarily hospitalized, it’s also that I went through physical restraints, solitary confinement, and a bunch of abuses.”

Garcia realized that the people working in the psychiatric system didn’t take into consideration social or cultural factors or assimilation problems that someone like herself went through.

“They looked at everything through a very white lens,” Garcia said, and she knew she needed to do something about it. She’s doing just that, as a social justice educator, a skilled dialogue facilitator, a wounded healer, and a change agent.