Department of Labor Puts the Pressure on Employees 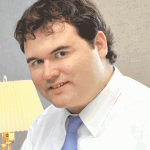 Late last year, the American Bar Assoc. (ABA) announced what it called a “first-of-its-kind partnership between a federal agency … and the private bar.”
The federal agency, in this case, the Department of Labor (DOL), and the ABA have teamed in a bold initiative to pair potential plaintiffs with private-sector plaintiffs’ attorneys to bring lawsuits against employers under the Fair Labor Standards Act (FLSA) and the Family Medical Leave Act (FMLA).
Currently, employees who bring an FLSA or FMLA complaint that is not resolved by the DOL’s Wage and Hour Division are referred to a toll-free telephone number that connects them with the ABA’s attorney-referral system. The Department of Labor will also share relevant documents from an employee’s case file with the private attorney to assist in any private lawsuit.
We expect this initiative to result in an increase in wage-and-hour litigation over FLSA and FMLA violations, including costly collective and class-action cases.
These cases are particularly attractive for plaintiffs’ attorneys, since attorneys’ fees are available if the verdict is in favor of the employee. In addition, since the DOL will share much of the employee’s case file, plaintiffs’ attorneys may be more likely to believe a case is strong, or may see more upside in taking cases where the DOL has already completed much of the investigatory heavy lifting. Given the current regulatory environment, it is expected that this practice will spread to both federal and Massachusetts agencies that oversee labor and employment law.
This DOL-ABA Referral Initiative is in line with a more aggressive DOL stance under the Obama administration. Last year, the DOL launched its ‘We Can Help’ initiative aimed at encouraging underpaid or misclassified workers to file complaints against their employers. The Web site for the We Can Help program includes a large banner which reads, “How To File a Complaint.” Employees who follow that link are walked through the process of getting a complaint against their employer rolling.
That’s not the worst of the problem: last December, the DOL’s Office of the Solicitor of Labor developed an aggressive operating plan for 2011 for the future, under which the solicitor will be taking a more active roll in the administrative and pre-litigation phases of DOL investigations. The solicitor is also undertaking a ‘liquidated damages pilot project’ to assist the DOL in seeking double damages. The solicitor even plans to identify egregious cases for criminal prosecution.
Massachusetts employers must be particularly cautious, given the active plaintiff’s bar here and the Commonwealth’s own aggressive regulators.
Earlier this year, the Mass. attorney general’s office was successful in a case it brought against an employer who deducted money from an employee’s pay to compensate for damages he caused to the company’s vehicle.
Meanwhile, the plaintiffs’ bar in Massachusetts is among the most successful in the country at suing employers. Just last month, Massachusetts attorneys were successful in their efforts to certify a class-action suit against Starbucks for its practices related to employee tips.
Wage-and-hour issues can be tricky, and the basis for legal determinations is not always intuitive. Many well-meaning employers mistakenly classify non-exempt workers as exempt, or mistakenly treat workers as independent contractors rather than employees. FMLA determinations can also be confusing. In light of the DOL’s unusually aggressive posture, it is recommended that all employers play it safe and call their labor and employment counsel to review their wage-and-hour policies.
This approach may well spread to other employment issues. A thorough employment practice audit now can save headaches and money down the road.
Given the DOL’s stance here, it’s not worth taking a chance.

Michael B. Leahy is an associate with the law firm of Skoler, Abbott & Presser, P.C., which exclusively represents management interests with regard to legal issues concerning labor and employment. He concentrates his practice in employment counseling and litigation. He is admitted to practice in state and federal courts in Massachusetts and state courts in New York. This column is not intended as legal advice related to individual situations; (413) 737-4753; [email protected]