It’s not easy to get from Adams or Williamstown, communities in the far northwest corner of the state, to Boston.

You can get there using Route 2, but that’s not a particularly fast road, especially in the fall, at the height of foliage/tourist season. Taking the turnpike is another option, but it takes nearly an hour just to get to the exit 2 interchange in Lee. And it’s at least two hours from there.

“Either way, you’re looking at three hours, three and a half, depending on the traffic,” said Charlie O’Brien, who has become an expert on this commute. He’s had a lot of practice over the past several years, or since he’s been on the board of the Mass. Bankers Assoc. (MBA), and especially since he assumed leadership positions with the board.

And the travel has increased even more since he became president of the MBA on July 1. 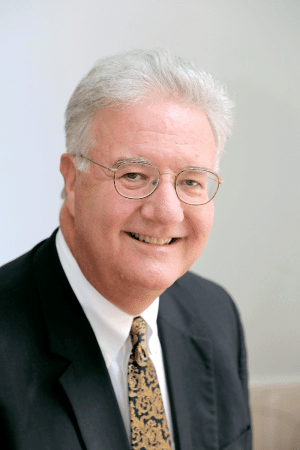 But O’Brien, president and CEO of Adams Community Bank, who works in Adams and lives in Williamstown, isn’t begrudging the treks to Boston — or Washington, D.C. (there are many of those, too), because they are both part and parcel to his role with the MBA.

His stint as president is an honor for him personally and professionally, he said, and it puts a spotlight of sorts on both the Berkshires (he’s the first banking leader from that region to serve as chair of the MBA) and also his institution, which, mostly through a series of mergers, has grown from just over $100 million in assets several years ago to more than a half-billion.

But mostly, O’Brien is excited to be part of efforts on behalf of the MBA and organizations like it to press for needed change with regard to the financial-services industry and, more specifically, the laws that govern it.

And his ascension to chair of the MBA — and his recent talk with BusinessWest about that development — provides an intriguing window into the ongoing work of the association, especially in the category of advocacy for its members.

O’Brien, like dozens of banking leaders who have talked with BusinessWest over the past several years, said that, while these are relatively good times for banks, especially the smaller, community-oriented institutions like Adams Community Bank and many others headquartered in Western Mass., they face a number of stern challenges.

Many come in the form of increased regulatory burdens (and the many financial burdens of compliance with these regulations) that arrived with passage of the Dodd-Frank Wall Street Reform and Consumer Protection Act, better known simply as Dodd-Frank.

“We embrace parts of Dodd-Frank,” said O’Brien as he referenced the legislation passed in the wake of financial crisis of a decade ago, brought about in large part because of the subprime mortgage crisis and bursting real-estate bubble. “But, quite honestly, there are parts of Dodd-Frank that have been quite punitive for small banks.

“We embrace proper legislation, but we also embrace a tiered approach,” he went on. “Banks like us, at $500 million, would like to see regulations that are less burdensome. Some of these laws were passed because of the actions of Wells Fargo and Bank of America … it’s a huge burden for us to comply with certain things, when we’re not the offending banks that created these problems.”

Surveying the landscape, O’Brien, who noted that efforts to reform Dodd-Frank have been ongoing for years now, and for the reasons he stated, said momentum is gathering for change, and this might be the year it happens.

That momentum takes many forms, including the so-called Financial Choice Act, a bill introduced this year that would, if enacted, roll back many of the Dodd-Frank regulations. Passed by the House in June, the massive, 600-page bill has moved on to the Senate for consideration.

“Time will tell how far this gets,” O’Brien told BusinessWest. “But right now, the appetite for regulatory change in Washington is greater than it has been in recent years. We’re working with our lobbyists and elected officials to try to advance those initiatives.”

Meanwhile, there are other matters to contend with, including ongoing efforts that fall in the category of leveling the playing field when it comes to a host of what O’Brien called “non-bank competitors.”

He put credit unions in that category, obviously, but also national mortgage players such as Quicken Loans. O’Brien said he and others in the banking industry don’t necessarily mind competing against such rivals, but they would prefer the field to be more level than it is.

This is an old argument and an ongoing fight, especially when it comes to credit unions, which are still exempt from paying the taxes that banks do, despite the huge size, reach, and portfolio of products that many of them now boast.

“For the very large credit unions out there, and there are some in our backyard … they’re twice our size, but they pay no taxes,” said O’Brien. “All bankers struggle with that concept; some of these credit unions have grown to be billion-dollar institutions, and if you’re that size, you should be paying taxes; that’s our position.”

As for other non-bank competitors, especially those mostly doing business on the Internet, such as Quicken Loans, O’Brien said banks take a similar position.

“We just want to make sure the playing field is as level as possible,” he said, “and that they are complying with the same rules and regulations that we have to comply with.”

O’Brien said he isn’t sure what will happen on those fronts and others over the course of his year in office — and well beyond. What he does know is that there are more trips to Washington and especially Boston in his immediate future. Which is fine, because he certainly has those routes down by now. 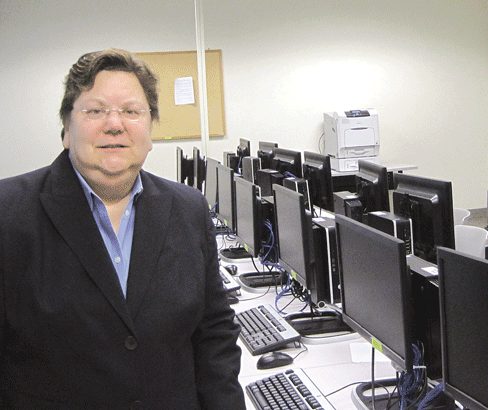