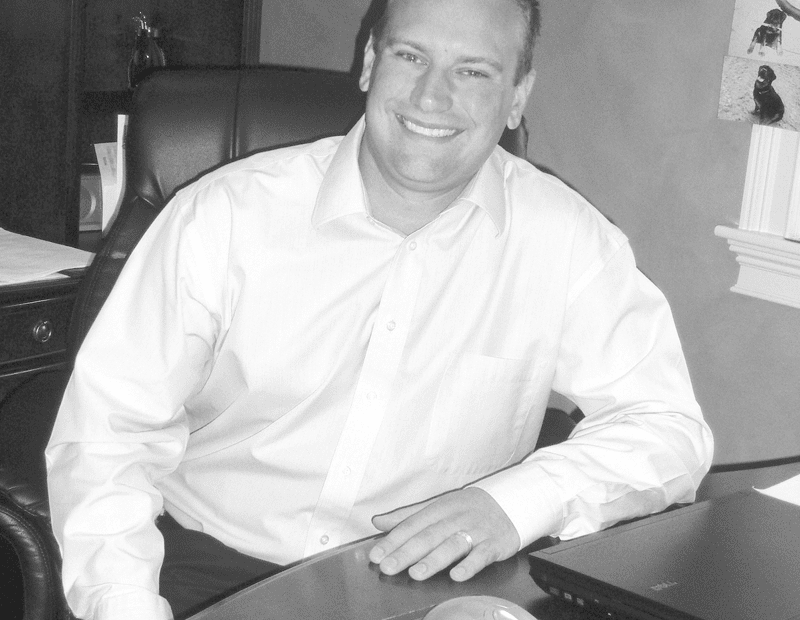 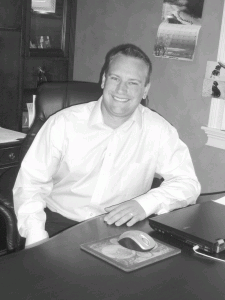 It’s not often that a construction company’s work is so impressive that a church service is held to say thanks.
But First Churches in Northampton did exactly that to recognize the difficult restoration work done in their nearly 200-year-old cathedral by Five Star Building Corp. in Easthampton and its subcontractors. The project, which earned Five Star several awards, stands as a testament to the company’s willingness to tackle complex projects and achieve desired results.
Five Star’s focus is on commercial and public work, with an increasing presence in health care, often performing construction very close to where patients are being treated (more on that later). “What sets us aside from other companies is that, when we see difficult and complex projects, we say that we can complete them on time and do an excellent job, even though other companies may not want to take them on,” said President and CEO Kevin Perrier.
First Churches is a good example. The church had been closed for a year when Five Star was hired by Architects Inc. of Northampton to replace sections of the 70-foot-high plaster ceiling that were collapsing. The height, coupled with the fact that the church pews and ceiling are curved, made erecting and working on scaffolding a difficult and complex undertaking.
But that was only the first obstacle Five Star encountered. The firm quickly discovered that the walls of the church, built in 1826, were in very poor condition and needed to be replaced.
“The walls had plaster medallions with gold-leaf painting and stenciling on them set high in the peaks of the ceiling which dated back 100 years,” Perrier said.
Five Star began its task of historic preservation with the utmost of care. In order to preserve the 24-inch bands of artwork on the walls, workers photographed them, made plaster imprints of the medallions, and created molds. After casting new plaster replicas, artists had to hand-paint them with gold leaf before they could be mounted on the new drywall that had been installed.
A sand finish was painted over to resemble plaster, and a team of artists recreated the elaborate bands of stenciling that ran along the top and lower sections of the walls. “We had local artists there for a month. Everything had to be painted by hand,” Perrier said. “We also had the artists chip away the original paint to uncover the original colors, so when the parishioners came into the church, it looked the way it had in the 1900s. They were so taken aback that they held a ceremony to thank us.”
Although the project involved more than double the amount of work initially anticipated, Five Star completed it six weeks ahead of schedule. “It was a really touching moment when they thanked us,” said Perrier. “This is the type of project you can walk into and feel very proud of. This represents what we do . . . the level of detail and the talent of our staff and subcontractors. We may not be the cheapest company around, but we are competitive, and our quality is impeccable.”

Healthy Spaces
Just as challenging, however, is the work taking place on a medical office building on Locust Street in Northampton which houses a plastic surgeon’s office, operating room, and thriving obstretrician/gynecology practice.
“The area we are actively pursuing now is health care,” Perrier said. The work is exacting, and the standards are even more stringent, because the work is often done in hospitals or buildings where patients are receiving care.”
The Locust Street building is another example, like the cathedral, of a project that became bigger than origianlly anticipated.
“We were called in to do a small repair because a window was sagging,” Perrier explained. “But once we began, we realized the building was rotting from the inside out. The flagships had been improperly installed when it was built 25 years ago, and water had poured in behind the windows for years. All of the casing and framing was completely rotted and had to be replaced, so the project went from being very simple to very complicated.”
The cosmetic surgeon uses the operating room in the building, and a constant stream of patients come and go from the gynecology office, whose needs must be taken into account by Five Star’s staff. “At one point, we were literally hanging drywall while, two doors down from us, an individual was having facial plastic surgery in the operating room,” Perrier said.
He explained that, in order to make sure the medical practices didn’t suffer as a result of the renovations, Five Star worked seven days a week, doing some of the labor after hours and on weekends.
Maintaining the quality of the air in the building is another vital consideration. “We were there at 6 a.m. today doing air sampling,” Perrier said. “We have worked on one section at a time, setting up containment and negative air systems. Dust and debris control is crucial in any type of health care environment, and there is zero tolerance for any type of particulate to escape from the air containment area.”
Perrier said that encountering obstacles and producing quality work in difficult settings is an area in which Five Stars excels. “Our projects that really stand out have occurred when we thought we were going in to do a straightforward job, and it ended up being completely different,” he said. “That is where our staff really shines. They can handle the challenges.”
Five Star recently hired a construction superintendent with an extensive health care background to oversee new projects. “You are held to very, very stringent standards when you are working in health care settings, and having staff with that experience is vital,” Perrier added.
But hiring the best people he can find is a practice Perrier has adhered to since he opened his business, shortly after graduating from Easthampton High School. “I always liked building things,” he said, adding that he worked in the construction field during high school.
The name of his company came about because his father, Mike Perrier, already owned a business called Five Star Entertainment. Since Kevin was short on cash, he talked his father into answering the phone with just the words, “Five Star,” which covered both businesses. “The name has stuck because we really try to pride ourselves on quality,” he said.
At first, Perrier worked alone, building decks and renovating small kitchens. “But within eight months, I was so busy I hired a laborer, and by the end of my first year I hired a second carpenter. By the second year, there were five of us, and we continued to grow,” he said.

Building a Legacy
Much of the company’s work involves interior buildouts for commercial space in existing buildings. “We do renovations to suit the client’s needs,” said Perrier. “Two years ago, we completely remodeled the interior of the former Ames store in Southampton, which became a tractor supply store. We also built them a loading deck and did some exterior work on the building.”
Other recent undertakings include building a fire department substation in Orange and a LEED-certified library in Westhampton. Five Star is currently working on a number of projects that are nearing completion. It is almost done renovating the Southampton Town Hall, which was a former school. “We gutted the entire interior,” Perrier said, adding that all town offices and the senior center will be housed in the building.
The company is celebrating its 10th anniversary this year, and Perrier attributes that feat not only to quality workmanship, but to his aggressive stance. “I wasn’t one to sit back and wait for the phone to ring,” he said. “I got involved with the Chamber of Commerce and other community events. The first three years, I took my profits and sunk them back into the company with advertising and equipment. It ended up really paying off.”
Although Perrier’s initial focus was residential construction, about five years ago he began phasing out of that arena. “I wanted to grow, and it was difficult to grow a residential market, especially since I saw a downturn coming,” he said. “We had started to do more commerical and public construction work, and I found that was where my passion is. We enjoy complex challenges and timelines. It’s not even remotely close to the residential world, because it takes more highly skilled contractors.”
This year, the company expects to do about $10 million in business.
At the same time, Perrier believes in giving back to the community. His company hosts an annual golf outing to benefit Dakin Pioneer Valley Humane Society. He is vice president of its board, and of the Easthampton Chamber of Commerce. “We care about others and about the work we do,” he said.
He added that he takes pride in the skill of the people who work for Five Star. “We hire the best of the best,” he said. One of those individuals is project manager Bud Korza, who joined the firm in 2007.
“It’s a young, aggressive company, and we take pride in our work and in customer satisfaction,” Korza agreed. “The whole construction business is a challenge, but we have been successful at the most challenging projects, which is due to a combination of everyone’s experience and efforts.”
After all, whether it’s preserving a nearly 200-year-old church or improving the environment for patients receiving medical care, there’s usually more at stake than just a building.

To Serve and Protect

Diversity in the Workplace 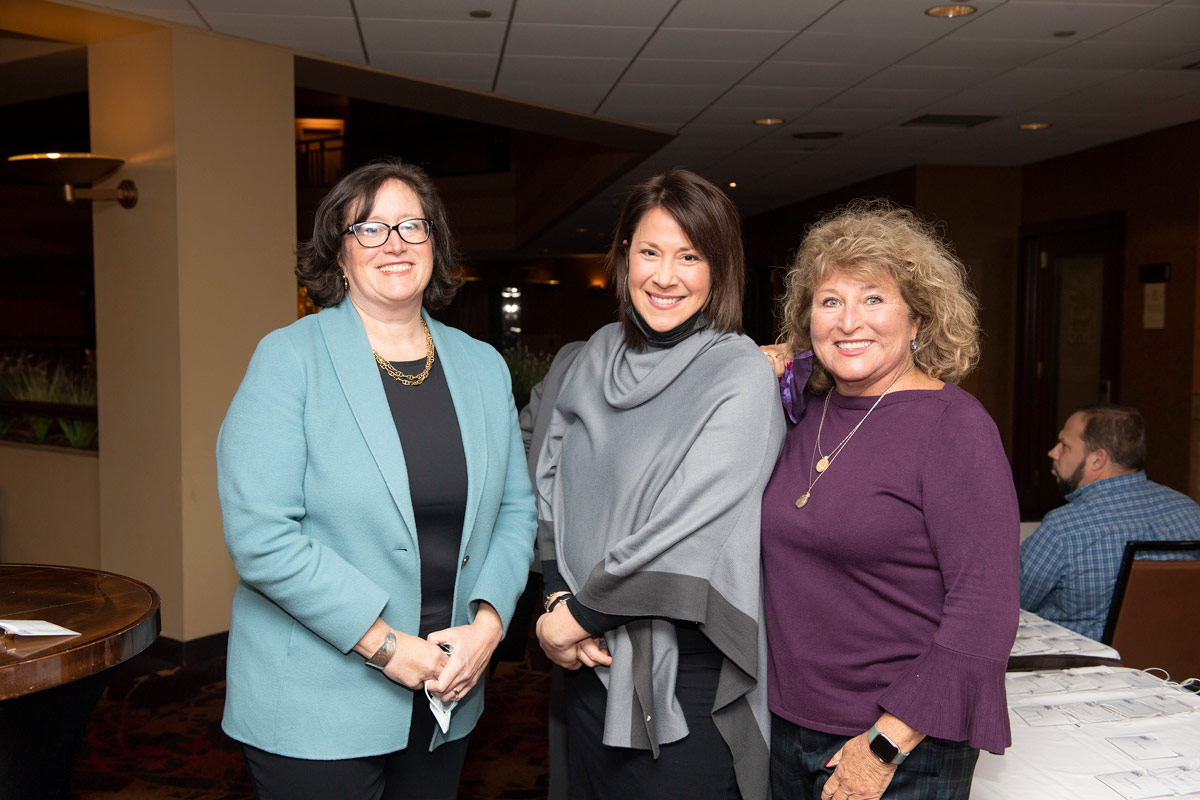 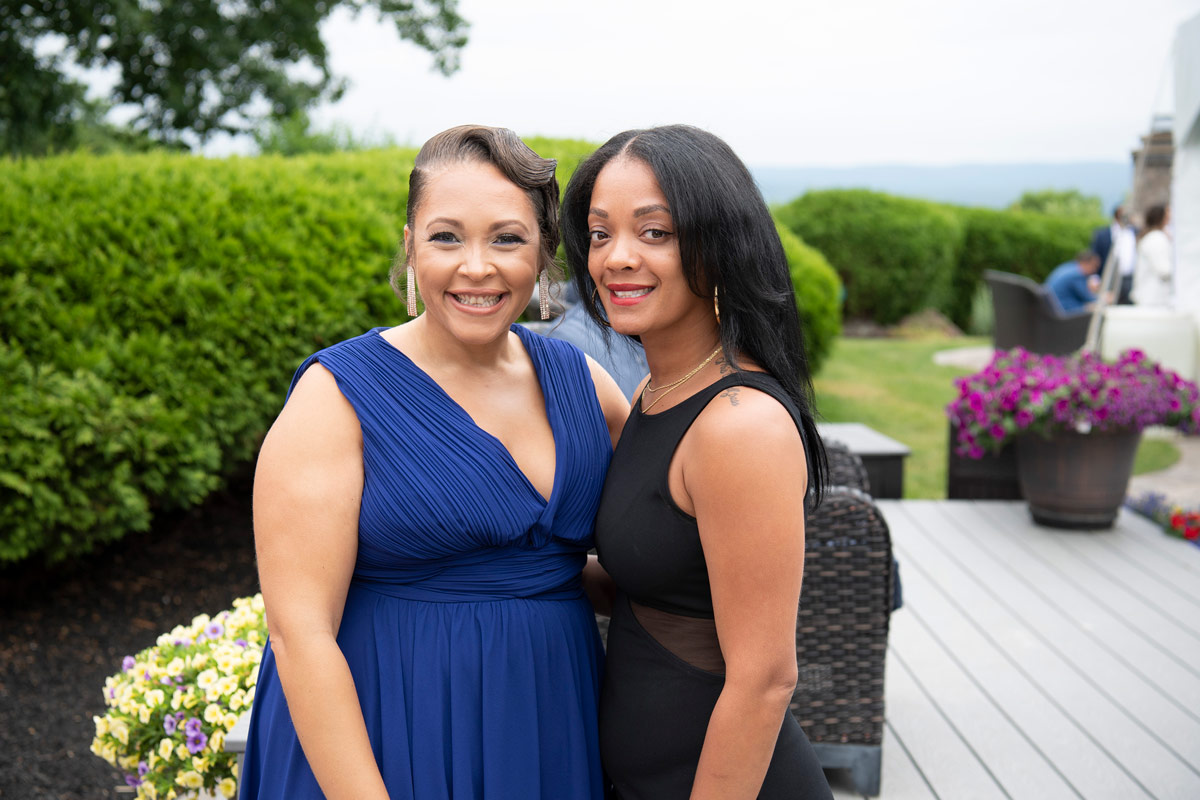