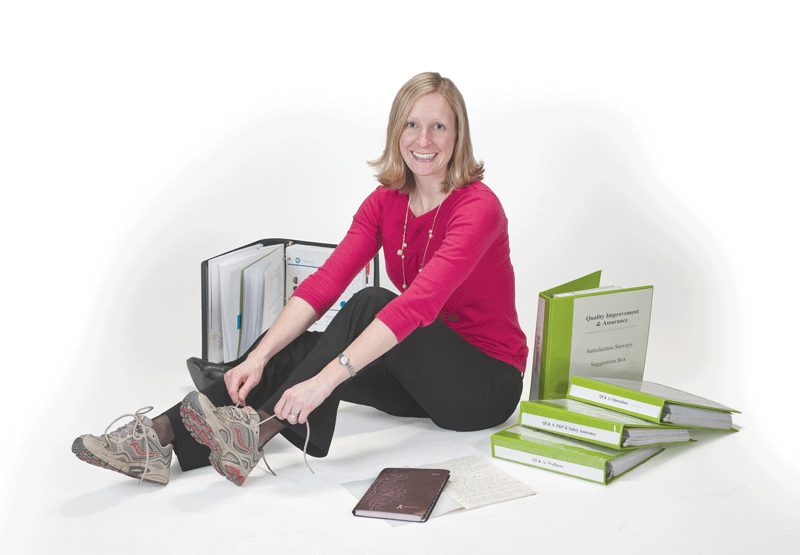 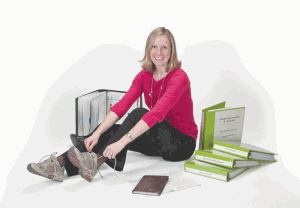 Beth Vettori didn’t always plan to work in senior living. But her perspective changed while on vacation.
“My graduation gift from my parents was a trip to Switzerland with my grandmother, on a tour bus with other retirees,” she said. “Everyone was in their upper 60s, 70s, and 80s, and we toured Switzerland, Italy, and France. I bonded with the seniors without realizing it.”
After college, she went to work for Orchard Valley at Wilbraham and started up its Harbor program, an assisted-living neighborhood for elders with various types of memory impairment. “It was very challenging and a great experience to put that together,” she said. “It’s a great, caring atmosphere.”
She was later hired by Rockridge Retirement Community in Northampton and was promoted to executive director at age 27. At the time, the community had an operating deficit of nearly $1 million, but she led a restructuring effort to bring it to profitability within two years.
“My task is running the campus, so I oversee all the operations,” she said, noting that she especially enjoys the contact with both employees and residents. “It’s challenging, but it’s exciting. There are some great, great people who live here and work here with me.”
For her work at Rockridge — including opening its 42-unit assisted-living community and its memory-support neighborhood before being named executive director — Vettori earned the Emerging Leader Award from MassAging in 2010.
“While the [restructuring] task was difficult, especially for a young, new executive director,” said Paul Hollings, chairman of the MassAging board, “Beth pulled it off with grace and dignity and made everyone feel positive about the changes.”
In her spare time, she stays active with several nonprofits, including Steph’s Wild Ride, an organization launched five years ago to assist children with cancer; it was named after Vettori’s cousin, who died of non-Hodgkin’s lymphoma at age 21. “I want to help other local families by providing children with funds and gift cards, things that can really help them out,” she said.
It’s just one more way Vettori is helping to improve lives — both young and old.
— Joseph Bednar