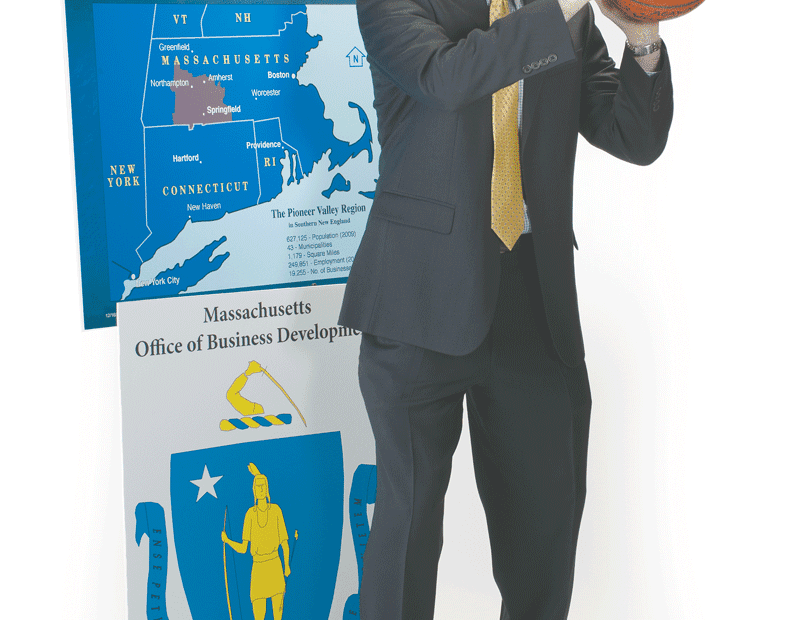 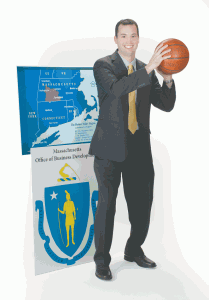 Mike Vedovelli draws a number of parallels between coaching basketball, which he’s done at both Cathedral and Agawam high schools, and his day job as regional director of the Mass. Office of Business Development.
“It’s all about relationships,” he said. “Both provide different situations, different scenarios, each day, and you have to respond. In coaching, you’re put in some difficult situations where you have a kid who’s trying really hard and giving to the best of his ability, but not able to really compete; you have to explain why he’s not playing, but that he’s still part of a team. It’s similar with businesses: they’re coming to you asking for the sky, and you can only realistically give them so much.”
Vedovelli’s had considerable success on the court — Cathedral teams he served as assistant coach won four Western Mass. championships in six years, and two of his Agawam teams won sportsmanship awards — and within the broad realm of state-supported economic development. Indeed, he’s had his picture in several press outlets, including BusinessWest, for his work helping companies such as Titeflex and Smith & Wesson, both in Springfield, gain the state and local support needed to expand. But ultimate success isn’t measured in photo ops, but rather with jobs created or retained, he said, adding that the number was 225 with Smith & Wesson and more than 100 with Titeflex.
What he likes best about his work is the diversity. “Every day is different; one day I’m dealing with a tiny manufacturing company in Conway, a nine-person operation that’s going to create two jobs, and the town is going crazy because they think it’s great, and the company is very excited because it thinks this will open doors to new business. The next day I’m dealing with a Fortune 25 company that could potentially add 100 new jobs.”
The hardest parts of this job, he continued, are managing the expectations of those seeking help, and saying no, which he has to do on many occasions.
Vedovelli is married to Sarah, and has two sons, Cameron, 6, and Ryan, 4.
— George O’Brien
Tags: Manufacturing