BOSTON — Massachusetts employers shrugged off mounting evidence of an economic slowdown during July and expressed growing confidence in both the state and national economies. The Associated Industries of Massachusetts (AIM) Business Confidence Index rose 4.4 points to 62.0 last month, reaching its highest level since September. The Index has gained 0.8 points during the past 12 months and remains comfortably within optimistic territory. The confidence surge was driven by optimism in the Massachusetts economy and a strengthening outlook among manufacturers. The July confidence survey was taken before President Donald Trump touched off financial-market gyrations last week by announcing another round of tariffs on Chinese products. The constituent indicators that make up the Index all increased during July. The Massachusetts Index assessing business conditions within the Commonwealth surged 7 points to 68.2, while the U.S. Index rose 4.6 points to 62.6. The Massachusetts reading has risen 3.1 points, and the U.S. reading 0.7 points, during the past 12 months. The Future Index, measuring expectations for six months out, rose 4.6 points to 60.8, leaving it 2.1 points higher than a year ago. The Current Index, which assesses overall business conditions at the time of the survey, gained 4.2 points to 63.2, virtually even with its reading of July 2018. The Employment Index gained 1.9 points for the month and 0.2 points for the year. Employers continue to struggle to find qualified workers in a full-employment state economy facing a demographic challenge as Baby Boomers leave the workforce. Non-manufacturers (63.6) were more confident than manufacturers (60.5), who remain concerned about the consequences of tariffs and trade tensions. Small companies (65.2) were more confident than large companies (58.9) or medium-sized companies (62.3). Companies in Eastern Mass. (63.3) continued to be more optimistic than those in the west (59.8).

AMHERST — Economists at UMass Amherst, along with colleagues from University College London and the Economic Policy Institute, have found that the overall number of low-wage jobs remained essentially unchanged over the five years following increases to the minimum wage, and that affected low-wage workers overall saw a wage gain of 7% after a minimum-wage increase. These spillovers extended up to $3 above the minimum wage and represent around 40 percent of the overall wage increase from minimum wage changes. The authors also found that, within the scope of minimum wages they studied — which range between 37% and 59% percent of the median wage – there was no evidence of job losses even at the higher end of this scale. These findings, the researchers say, suggest minimum wages are mostly having the intended effect of raising bottom wages with little adverse, unintended consequences on jobs. The research into the impacts of 138 prominent state-level minimum-wage changes in the U.S. between 1979 and 2016 was conducted by Arindrajit Dube, professor of Economics at UMass Amherst; Doruk Cengiz, a doctoral student in Economics at UMass Amherst; Attila Lindner of University College London; and Ben Zipperer of the Economic Policy Institute. Their report, “The Effect of Minimum Wages on Low-Wage Jobs,” was published in the August edition of the Quarterly Journal of Economics.

AGAWAM — Agawam High School is one of four schools, including Atlantis Charter School in Fall River, Brockton High School, and Burlington High School, that will launch new Innovation Pathway programs this fall to give students skills and experience in particular industries through college courses and internships after recently receiving official designation status from the state departments of Elementary and Secondary Education and Higher Education, the Baker-Polito administration announced. More than 1,000 students are expected to be enrolled in these college and career pathways when the new programs are fully enrolled. Twenty-five high schools in the Commonwealth now have Innovation Pathway programs designated by the state. Agawam High School is launching an Advanced Manufacturing Innovation Pathway that will serve 466 students when fully enrolled. The school is partnering with the MassHire Hampden County Workforce Board and multiple employer partners, including the Western Mass. Chapter of the National Tooling and Machining Assoc., Peerless Precision, Governor’s America Corp., Mechanical Plastics, OMG Roofing Products, Ben Franklin Manufacturing, EBTEC Corp., and DFF Corp. Students will take courses at Springfield Technical Community College. Launched in 2017, Innovation Pathways give students experience in a specific high-demand industry, such as information technology, engineering, healthcare, life sciences, and advanced manufacturing, through coursework and internships at local area employers. Students earn college credits, at no cost to them, and gain insight as to whether the field is something they want to pursue in college or as a career. 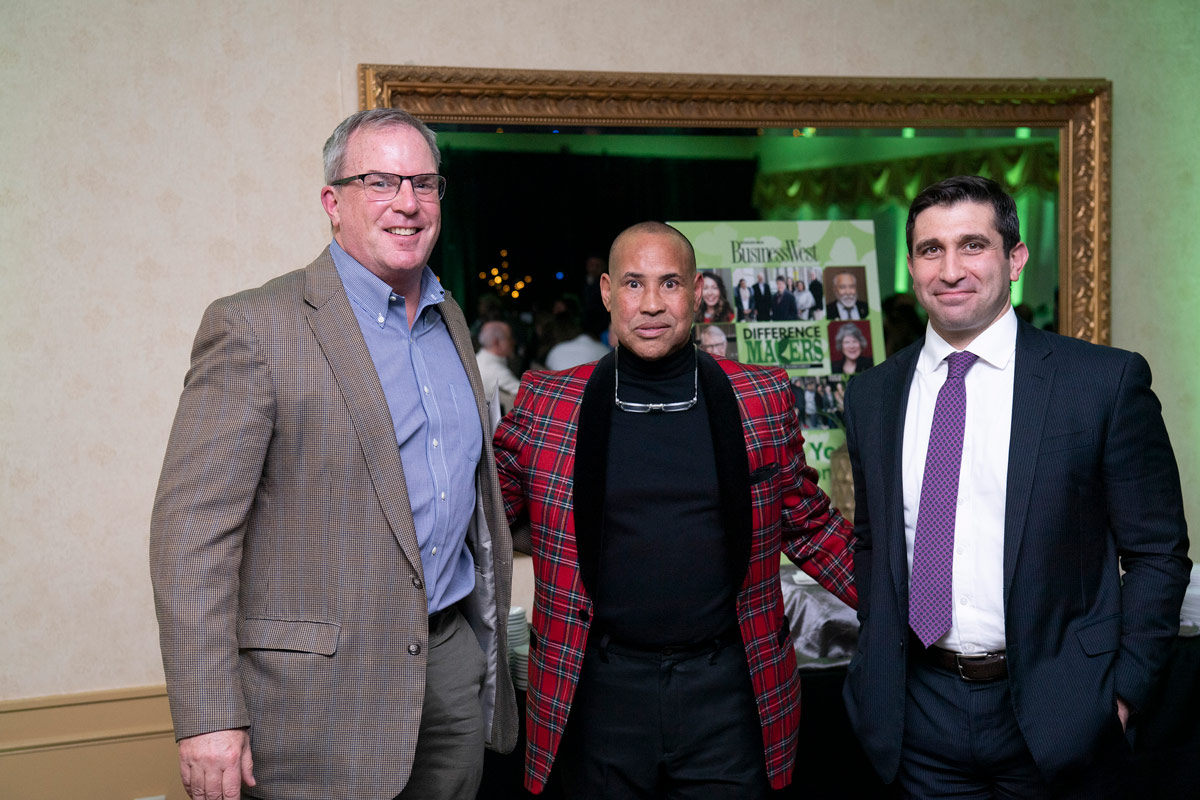