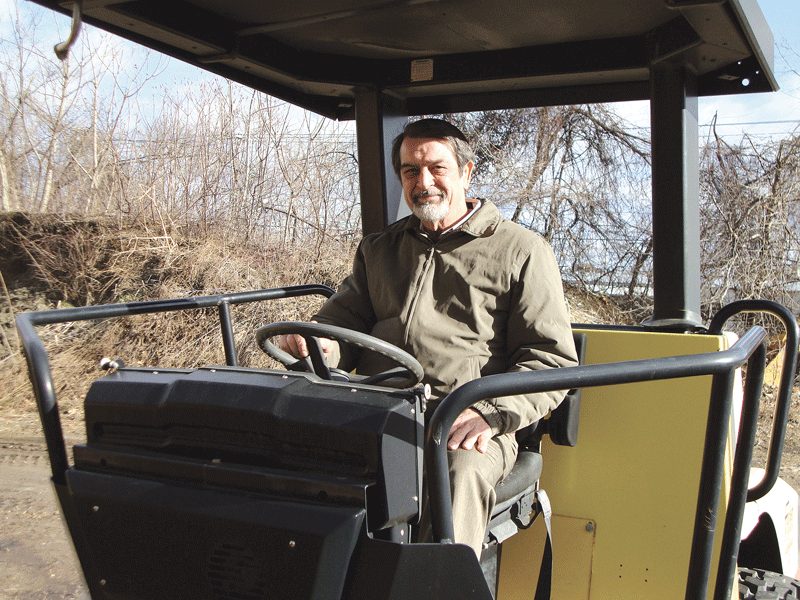 Forish Construction Marks Another Milestone in Its Long History 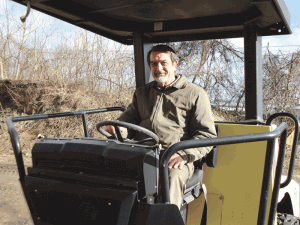 Eric Forish says he has always taken a slow and steady approach to growth.

Eric Forish is a man of contrasts.
On the one hand, the man at play is a passionate and dedicated seeker of extreme winter sports. His adventures on ski slopes that few will ever traverse would give just about anyone a head of gray hair.
But the man at the helm of Forish Construction, the second-generation owner and current president, considers himself a conservative businessperson. “I always have been,” he told BusinessWest recently, “and I’ve always taken the attitude of slow and steady growth. That’s how we’ve been able to maintain ourselves over the last few years, which we have done despite the economy. We reinvest in our company — whether that’s tools or employees and staff. We continue in a controlled-growth mode.”
That approach to his family’s business is clearly a good blueprint for success in an industry that has taken some hard hits in not only this recession, but every other in its seven decades of operation. Since Forish Construction celebrated its last milestone, 60 years in business, the company’s founder (Forish’s father) passed away.
“That’s been the biggest change,” he said. “Dad’s no longer here. He was the one who created and developed this company, and of course there’s a void with his absence.” After the succession of operations to his son, Leonard Forish still came to work every day, and his legacy of how the business developed is one that the new generation credits for its success.
“Dad was always someone who embraced new technologies,” Forish explained. “But he did it with machinery and tools for doing certain operations. We always had the newest equipment to be able to increase productivity, to have the ability to do a better job, to be one step ahead of the next guy.
“And we’ve pretty much continued that tradition,” he continued. “When dad was here, he saw that, and I know he enjoyed that I was doing the same as he, in a different way — in my own field of interest.”
To that end, he said that, in construction, it is a mandate to stay current with not only the newest technology, but also training, education, regulations, licensures — all the products of an industry that is constantly changing.
“Staying current, no matter what your profession, is essential,” he said, “or else you really are moving backward.”
But as the company’s 65th year in business came to a close, and Forish looked ahead to his next milestone, it’s clear the business his dad built is headed onward and upward. “I know for a fact we’ll be here in another five years,” he joked. “So I guess the next milestone is 75 years.”

Industrial Revolution
Sitting in front of a wall of framed photographs showing the structures his firm has built over the last half-century, Forish said that a big difference in the scope of its work has come from the changing nature of the area’s business sector.
“We were living in a region of different industry,” he said. “There were still paper mills up and down the Connecticut River Valley. My dad focused on maintaining and working on all those paper mills and factories.
“We are still fortunate, though,” he was quick to add. “Our region has high-tech tooling, medical-related manufacturing, and many other types of industries that still prosper. And we still participate in activities at those sites and businesses. However, we have also focused and increased our volume of building construction over the years. Years ago, where we might have been more involved in a maintenance style of construction, now we have increased our volume of building-related activities.” 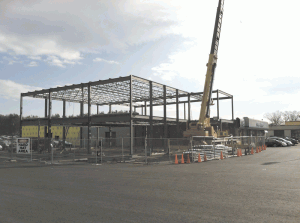 Framing goes up for the new Curry Honda in Chicopee.

As an adjunct to building services, Forish has also added design services. “By self-performing the design aspect, we are able to keep a tight control on the final product and the ultimate cost. Design/build services often save time as well as money for the end user.”
Over the past decade, Forish has made a foray into publicly funded works, also. It is this facet of the construction industry that he said has not only helped his own firm, but, in many ways throughout this downturn, helped to keep his industry alive.
That changing face of the construction industry was a common refrain in his conversation with BusinessWest. And with so many years of growth and development, Forish said that his business has had a chance to perfect what it takes to not only get the job done right, but to get that job in the first place.
“Clearly in the private sector, the volume decreased,” he said. “Therefore, whatever activity is out there is highly sought. We’ve been successful because of the team we assembled over the years.
“As much as we’re diversified in our activities,” he continued, “my personnel is also diversified. Some are very well-versed in public sector, others in private, but overall, it’s a very strong team. That’s what is necessary in any business through difficult times. You need a strong staff to complement your organization.”
That team is vital to Forish’s own perspective on the concept of legacy. “I don’t have someone within my immediate family ready to follow me,” he said. “So what I’ve been doing is surrounding myself with good people, finding that team that can carry us forward.”

Solid Build
Forish cited another legacy that gives him a great deal of pride — the finished projects that dot the region.
“I’m proud to drive through areas and see buildings that my father completed, and then projects that we did after. Everyone in the organization feels a similar pride in our finished products. When they pass a facility that they worked on, they proudly tell their families, and their families proudly tell their friends. We all work together to create something that will last a very long time, and take great pride in doing so.”
He listed the names of several clients that have been repeat customers — Dirats Laboratories, Governor’s America Corp., as well as numerous auto dealers, public and private colleges, banks, municipal offices, and many others. Most recently, Forish completed the Steve Lewis Subaru expansion on Route 9 in Hadley, and is currently undertaking the full rebuilding of Curry Honda in Chicopee into that brand’s Generation 3 image program.
Like many other current owners of a family business, Forish said he knew early on that one day he would enter the profession of his father. The earliest address for Forish Construction was the homestead, he said, and his Tonka trucks were overshadowed by their real-life counterparts across the yard.
“I’ve always enjoyed being around construction projects and construction equipment,” he said. “It was just always part of my life. I became a civil engineer in order to gain the skills and knowledge to actually be able to go to the next level within the industry — to be the conductor of the orchestra, putting these projects together.”
He chuckled when he told the story of a recent late evening, when he stopped off at the School Street Bistro in Westfield for dinner before heading home. As he sat alone, “in walks John Reed, 95 years old, the owner of Mestek,” he said. “There’s a man who built himself a legacy.
“John told me again the story of how my grandfather worked for him, my father worked for him, and so did I,” he continued. “Not only has he used Forish Construction services for 65 years, but those of my grandfather, who was a stonemason before that.”
Forish clearly swells with pride in retelling and remembering the buildings that were built by his forebears. He calls it “an emotional connection” to the work and the region.
“Whether it’s the legacy of the family company,” he said, “or those who have worked with us, who helped us create these structures that go on for many years, I’m proud of what we do. Everyone here is proud of what we do.
“I’m thankful that we’ve had such good customers, good employees, and good opportunities,” he continued. “I’m thankful for everything that we’ve been blessed with in the past 65 years. Now let’s sit here and talk again in 10 years.” 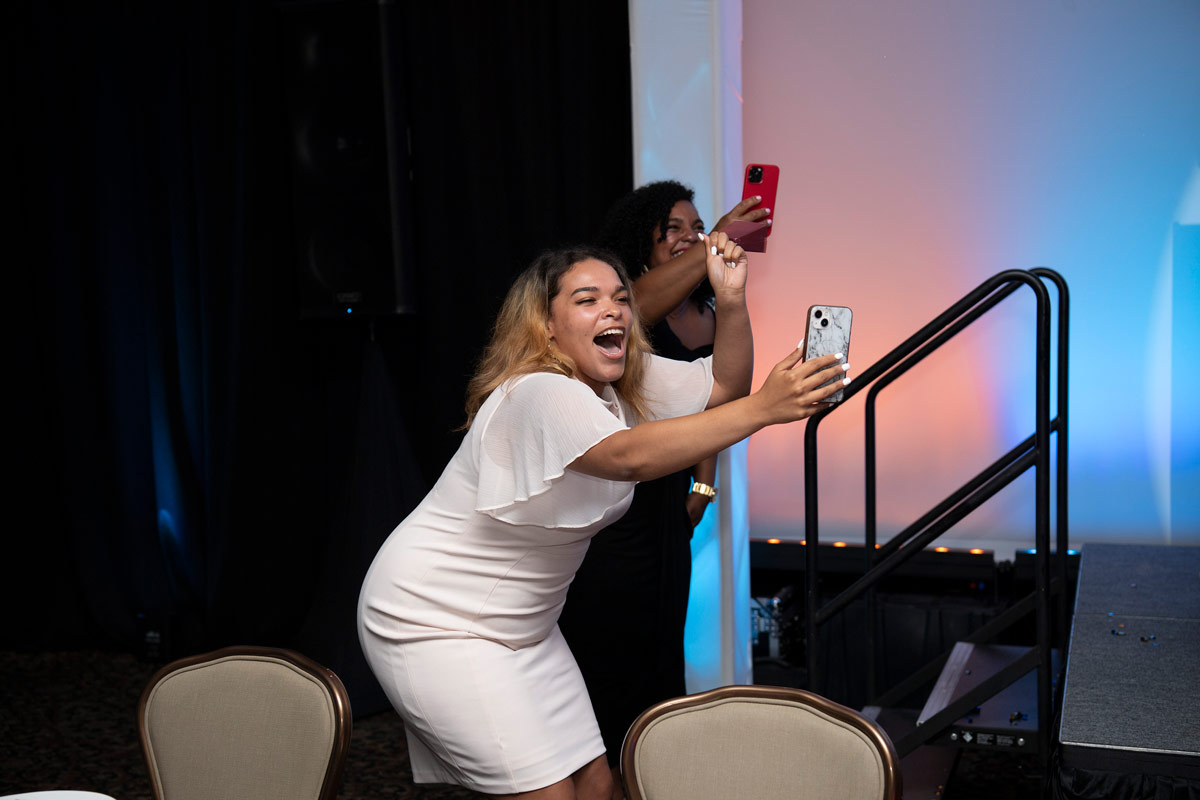 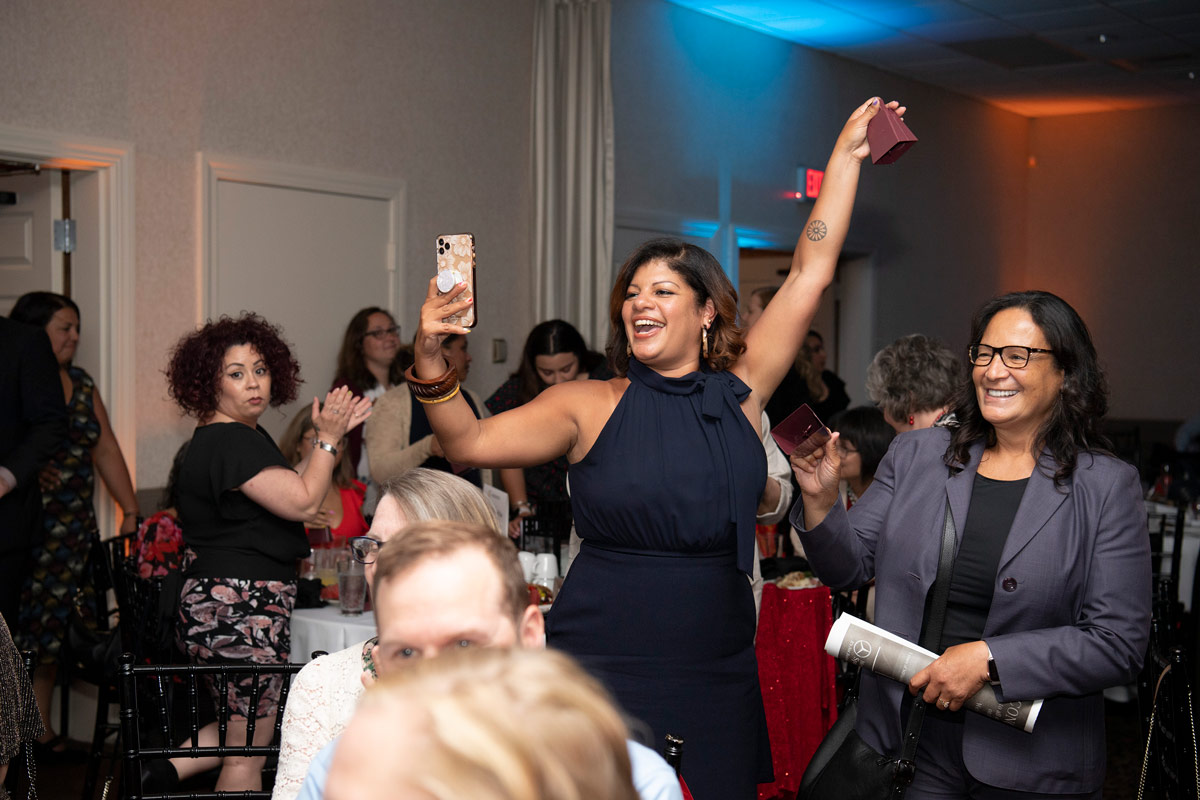