Waking Up to a Problem 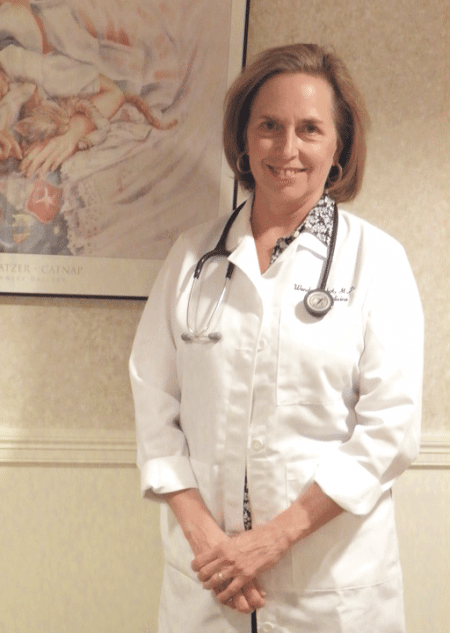 Dr. Wendy Chabot says lack of sleep can cause behavior problems in children that range from temper tantrums to a lack of impulse control to hyperactivity.

Experts say many children and adolescents don’t get enough sleep.

The reasons vary from family to family, but since parents often work long hours and evening meetings range from Girl Scouts to sporting events, it can be difficult to establish and maintain the same bedtime every night.

But research shows that a lack of sleep or a schedule that is out of sync with the child’s natural biological rhythms can lead to short- and long-term problems that include behavioral difficulties such as acting out in school, as well as academic issues such as poor grades or an inability to remember as much as their well-rested peers.

“Kids are really not getting enough sleep, and this has significant consequences for their mental and physical health. It’s not an optional activity; it’s essential because it is the third leg on the stool to optimal health, which includes exercise and eating a healthy diet, ” said Dr. Wendy Chabot, pediatric coordinator for Sleep Medicine Services of Western Mass. in Amherst and Springfield.

She cited research that shows it only takes a sleep deficit of 30 to 60 minutes each night to affect behavior and result in poor thinking skills and problems with attention, memory, decision making, organization, and creativity.

“When I talk to parents and kids, I tell them sleep is important if they really want to bring their ‘A’ game to life, whether they are learning to walk or play the piano. I can’t think of any aspect of a child’s life that isn’t affected by lack of sleep, and although many people get by on less than they need, if it becomes routine, they do so at their own peril,” Chabot continued, adding that sleep restores the body and the mind.

Rebecca Spencer agrees. “Sleep is important for memory,” said the assistant professor of Psychological and Brain Sciences at UMass Amherst, who conducts studies on sleep and cognition. “Our research shows if you teach preschoolers something in the morning and they take a nap, they remember all of it later on. But if they don’t have a nap, they forget 15% of what they learned. The same argument can be made for adolescents; the more sleep they get, the more they remember what they learned the previous day.”

She added that the law regarding naptimes for preschoolers in Massachusetts was modified recently, and children are now required to have a 45-minute “rest opportunity.”

“The preschool curriculum has become very competitive, and there is not enough time for them to do everything they want, so they find ways to get around naptimes,” she told BusinessWest.

But napping — or not, as the case may be — at preschool is just one of many issues involved with the larger issue of children and sleep.

“If a child is sleep-deprived, they tend to have behavior problems; they may have frequent temper tantrums or be non-compliant and have poor impulse control,” said Chabot. “In younger children, the signs and symptoms of a lack of sleep resemble the signs of ADHD, and many children who are diagnosed with it actually have an underlying sleep disorder, which is their main problem.”

Chabot conducts sleep studies on children as young as age 3 when there is reason to believe they may have obstructive sleep apnea. The potentially serious disorder occurs when the person is sleeping and involves 10- to 20-second pauses in breathing that occur frequently throughout the night due to some type of airway blockage or obstruction, such as enlarged tonsils or adenoids.

“Although we used to think it was really rare in children, studies are showing it’s not uncommon in kids age 5 and older,” Chabot told BusinessWest.

She added that children who don’t get enough sleep are more likely to sleepwalk or have night terrors or nightmares, in addition to unwanted behaviors during the day.

The Rest of the Story

Experts say most adolescents are sleep-deprived.

“They live in a state of persistent jetlag,” said Spencer, adding that they need nine to 10 hours of sleep each night, but a 13-year-old’s biological clock isn’t set to allow them to fall asleep before midnight.

So even though they may have a 10 p.m. bedtime, their circadian clock won’t allow them to fall asleep that early, which bumps up against the time they need to start school.

“However, studies show if the school start time is delayed and they get more sleep, their grades improve,” she went on, adding that such data has led some school districts, including Northampton and Amherst, to hold discussions about having a later start time. 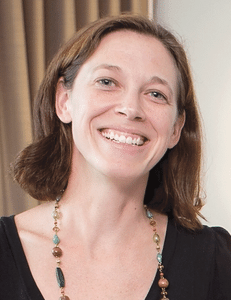 Rebecca Spencer says sleep is important for memory, which affects how well students retain what they learn in school.

But Spencer said many teachers don’t like the idea, and it can be difficult to implement due to sports schedules, although some cities, including Worcester, have made the change.

Williston-Northampton School in Easthampton also switched its start time, and students now begin classes a half-hour later than they did in the past.

“A year after they made the change, they reported more students were eating breakfast and taking medications they need,” Spencer said, explaining that since 50% of students live on campus, they need to get to the nurse’s office before school starts to get any drugs that have been prescribed for them.

Getting more sleep for adolescents is critical because research shows that those who don’t get enough also have less control over their emotions.

“They’re more temperamental, and it’s easier to set them off,” Spencer noted. “Plus, we also know that teens who sleep six hours are more likely to get the flu or colds than those who sleep eight hours, and as we get into cold and flu season, it makes a pretty big difference.”

Chabot concurred, and said sleep is more than a time for the body to heal and fight off infections; studies show young adults don’t respond as well to vaccines when they are sleep-deprived.

“Teens who miss out on one to two hours of sleep a night during the week can’t make up for it on the weekends; they need nine to nine and a quarter hours of sleep, but most get only seven hours, so they would have to sleep almost all weekend to make up the difference,” said Cabot. “There just aren’t enough hours in the day, and if they try to do it, their biological clock will get out of sync.

“When the biological clock keeps getting reset, it’s as if the teens have traveled to California and back,” she went on. “They have ‘social jetlag,’ which makes you irritable and causes headaches and stomachaches. But a lot of teens live like this.”

However, there are things that parents can do to help children get enough sleep, which is important, because habits formed at a young age often continue into adulthood.

The place to start is with learning how much shuteye your child should get.

Consistency is critical, and once a bedtime has been set, it shouldn’t differ more than an hour each night, whether it’s a weeknight or weekend.

“Many parents let adolescents go to bed super late on weekends and free sleep in the morning,” said Spencer. “But if they sleep from 2 a.m. to 10 a.m., when Monday morning arrives, the shift will be difficult for them, and they will feel jetlagged all day.”

Chabot agreed. “There are two main things that control sleep — one is the biological clock, and the other is called sleep drive, which simply means the longer you are awake, the greater your drive is to sleep,” she explained.

Experts say exercise can help children and adolescents fall asleep more easily, but exercising within a few hours of bedtime can interfere with a person’s ability to fall asleep, which is an unavoidable problem for teens who have sports practices and games in the evening.

Caffeine should be avoided late in the day, and children and adolescents shouldn’t go hungry, although eating a full meal an hour before bedtime is not a good idea either.

Maintaining a good sleep environment is also important. An ideal setting is a comfortable, dark, quiet, cool room. In addition, experts advise parents not to put TVs or computers in their children’s rooms because late-night television viewing, playing computer games, Internet use, and text messaging can result in problems falling and staying asleep.

“It’s important to have a media curfew,” Chabot said, explaining that, when there is a lack of bright light, the body begins to release the hormone melatonin, which helps the body sleep.

In the morning, shades or blinds should be pulled up right away because getting as much access to sunlight as possible stops the body from continuing to release melatonin and allows people to wake up.

As for preschoolers and changes in policies on napping, this is troublesome, said those we spoke with, because it plays into some of the myths surrounding sleep. For example, parents often assume that, if their child isn’t voluntarily taking a nap, they don’t need one.

“But research shows that if preschoolers are encouraged to take a nap, they will, and it’s important because many are not getting enough sleep at night,” Spencer noted.

Many parents also mistakenly think that, if their child takes a nap, they won’t be able to get to sleep at night, but research doesn’t support that belief. Spencer said the key is consistency: it’s only when naps are sporadic that it makes a difference, and if a child takes a nap at the same time every day, they will fall asleep as easily at night as they would without one.

“The extra sleep is so important, and it’s beneficial to memory, although it’s not something many parents are aware of,” she added.

In addition, young children who nap exhibit more control over their emotions than those who stay up all day.

“If they haven’t gotten enough sleep, they can become defiant and switch between being grumpy to aggressive. They can also become hyperactive and giddy due to a lack of sleep,” Spencer said, adding that children differ from adults, who tend to get lethargic when they are tired.

Chabot said sleep studies are relatively new in the field of medicine, and it was only after the first EEGs were performed in the ’50s that researchers began to realize that sleep is an active time for the brain.

“It’s taken a long time for knowledge to filter down into medical education and training,” she told BusinessWest, adding that, when she was in medical school at Tufts University between 1980 and 1984, the curriculum did not contain a single lecture about sleep.

But in subsequent years, research has shown there are consequences to not getting enough shuteye, which include increased risk for type II diabetes, obesity, depression, and anxiety.

“It’s important for families to make sleep a priority if they want their children to function at their best,” Chabot said, adding that it can be prudent to have a child cut down on activities if their schedules are really busy.

There’s an easy way to tell if your child is getting enough sleep, she continued.

“They should wake up on their own at the same time every day without an alarm clock, get out of bed right away, and be in a good mood and feel rested,” she said. “If you need to drag your child out of bed, they are not getting enough sleep.”

It’s a simple measure that’s easy to follow for parents who want to increase their child’s chances of excelling in all aspects of their life.