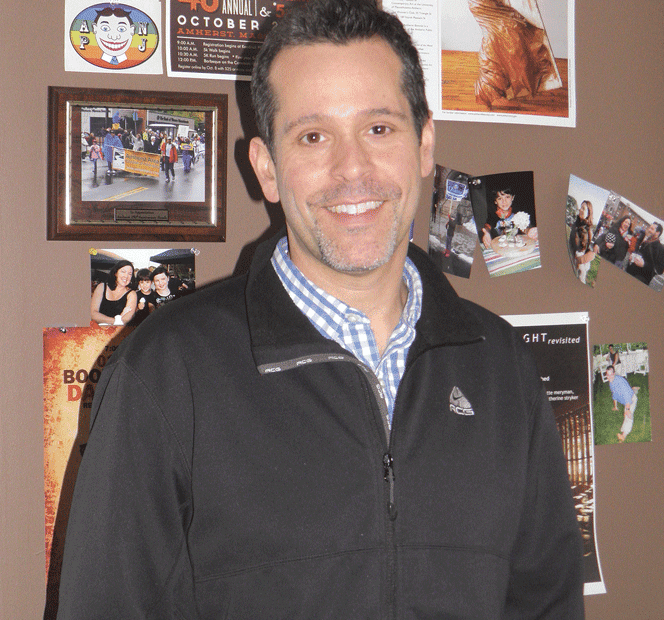 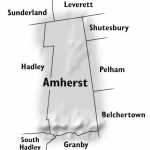 Tony Maroulis says Amherst offers the cultural sophistication of a big city with the charm of a small town.

“It’s a pretty unique place where you can walk past a rock star and a Nobel laureate in one day — and that really does happen here,” said the executive director of the Amherst Chamber of Commerce.

The town is home to UMass Amherst, Amherst College, Hampshire College, and eight museums, which attract hundreds of thousands of visitors each year, in addition to its 38,000 residents. There are also three parks and a plethora of community and cultural events.

“Higher education is our smokestack industry, and there is innovation, research, and an economic spinoff from it as we are bringing world-class researchers and students together,” said Town Manager John Musante. “Plus, UMass is in the midst of a building boom and growth strategy.”

This results in jobs — UMass Amherst is the second-largest employer in Western Mass. — and benefits to the town. “There are three individuals on our water-supply protection committee who are leading researchers,” said Musante. “The ability to engage a talent pool and their willingness to help the town is a real strength that makes Amherst a great place to live and work. People get involved here, and the economic and cultural vitality is largely driven by an active engagement of citizens and people who work at the colleges.”

Maroulis concurs, and says the town has something for people of every age. “Amherst offers cultural opportunities, a wonderful intellectual community, and a good school system. It’s a great place to raise a family and a pretty place to look at,” he said. “You can see the Pelham hills in the distance, and there is lots of open space downtown.”

But the bucolic setting belies the 21st-century progress that makes Amherst a leader in technology and green energy. Many changes have occurred over the past few years, and town officials make it easy for solopreneurs, partnerships, and developers to succeed. 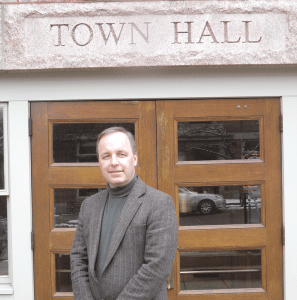 Last month, the town completed work on the largest and fastest open municipal wi-fi network in Massachusetts. “Amherst is well-positioned in the ongoing technological revolution as the state and college fiber network also runs through town, which makes downtown an even more attractive place to live, work, and grow a business,” Musante said. “We have the cultural amenities of a college town with the infrastructure of research and a skilled workforce. And the cost of living is very competitive.”

The wi-fi network also gives Amherst a competitive advantage and has spurred growth of the café culture downtown. “You can find people writing code for a website or writing a freelance article for a New York magazine in our coffee shops,” Maroulis said.

The town has continued to grow over the past few years in spite of a still-sluggish economy. A number of new restaurants have opened, with several geared toward students and others designed to attract adults and families.

“But they have really created a restaurant buzz,” Maroulis said. “Amherst is becoming a foodie paradise.”

In addition, renovations to the historic Lord Jeffery Inn were completed in November 2011. “It reopened after being closed for several years. It has filled a void, and there has been a lot of energy and excitement at that end of the common. The inn brings in hundreds of people each week who stay there and attend local functions,” Maroulis told BusinessWest.

The renovation included the addition of nine new rooms, a new ballroom that holds 200 people, and a new restaurant. “They are ramping up their wedding business as well as small conventions from the college and university community,” he added, noting that collaboration is evident on all fronts, including in the town’s new Business Improvement District (BID). It was launched early last year and is funded in part by Amherst College and UMass, whose property borders the edges of the downtown perimeter.

Its president is Larry Archey, who is director of facilities and grounds at Hampshire College. In addition, several representatives from UMass Amherst and Amherst College are on the board of directors at the Chamber of Commerce.

“Our BID is unique because there is both money and in-kind contributions,” Musante said, adding that he is a board member. “We all have a vested interest in the success of our downtown and want to strengthen it so it enhances the quality of life and increases partnerships and relationships with the two campuses.”

Beautification, marketing, and special events are on the agenda, and the first event the BID staged was an Amherst Block Party. It attracted about 6,000 people who mingled as they enjoyed food, live music, shopping, and street performers. “It was festive, a lot of fun, and a terrific win for the colleges, university, and businesses,” Maroulis said.

Other popular events include the annual Taste of Amherst, which draws more than 20,000 people during its four-day run in June, and a Winterfest, staged Feb. 9, which brought people out during the cold weather to enjoy cardboard-box sledding, fireworks, live music, and a chili cookoff between local restaurants. The chamber purchased a small snow-making machine several years ago, so lack of the white stuff is never a problem. 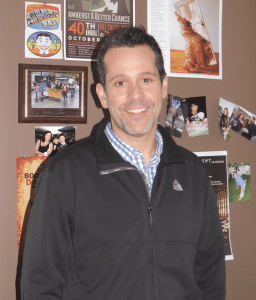 Tony Maroulis says Amherst offers both the cultural sophistication of a big city and the charm of a small town.

5Developers are also investing in the downtown area, and last spring, construction was completed on a new, luxury, $3.5 million apartment building known as Boltwood Place. “It’s full. People want to live downtown and be able to walk to work,” Musante said, adding that a growing number of seniors are retiring in Amherst due to its cultural offerings.

There has also been a significant investment in road reconstruction on Route 116 in the Atkins Corner, which runs from the village center to South Amherst. “We think it will foster additional private investments in the area,” he said. Road improvements are also being undertaken in the Notch.

UMass trustees have approved nearly $900 million in new projects for Amherst, which include a new campus master plan, a $144 million science building slated to open April 13, a new classroom building now under construction, and new dormitories which will hold 1,500 students from Commonwealth College. It is expected to open Sept. 13.

“They want to grow by 3,000 students over the next 10 years,” Musante said, adding that the university opened another new, state-of-the art science building about three years ago.

He explained that Commonwealth College is for honors students from across the state, so the new dorms will help to attract a top-tier-caliber student body. “It makes the university even more attractive, which is important because our economy is linked with their success,” Musante continued. “They are a center economically and culturally, and as research grows, the demand for off-campus space is a direct spinoff. We are working with the university to explore possibilities for private investment for research and development and wet-lab space.”

Amherst College, which owns the Lord Jeffery Inn, launched its $425 million “Lives of Consequence” Capital Campaign in October 2009, and installed a new president in 2011. In addition, the college is adding its own new, $200 million science building, which is in the design phase.

Hampshire College, situated a few miles away, is a leader in environmental education. Amherst is also a leader in its own right and was designated a green community by the state this year. In addition to the town’s new sustainability coordinator, it has embarked upon a five-year plan to reduce energy consumption by 20%, and is using a $300,000 state grant to install energy-efficient LED streetlights. “There will be a big payback in the tens of thousands of dollars each year,” Musante said.

Town officials are also in the midst of a permitting process to install a solar farm at its old landfill, via a collaboration with Blue Wave Capital, which would supply the majority of the municipal buildings and schools with renewable energy. And a third project, which is in the feasibility stage and will involve private investments, is the installation of an anaerobic digester which would convert organic material (including food; fats, oils, and grease; wastewater biosolids; and manure) into a methane-rich biogas that can be used for heat and electricity.

“UMass has an active interest in it from an operational and research standpoint,” Musante said, adding that it is a major Department of Environmental Protection initiative, and there are plans to install three facilities in the state.

Hampshire College is also erecting a new building with a master plan of relocating Amherst’s nonprofit Hitchcock Center for the Environment to their campus. “It’s a new partnership which will strengthen them both,” he added.

Amherst has been largely insulated from the economic downturn that began in 2008 because it is a college town. “Although we did have a modest decline, our housing prices have remained more stable than the rest of the nation, which is another real strength. And our population is growing,” Musante added.

So are the number of partnerships and projects in the planning stage. Which means the economic spinoff will continue to make Amherst a place where innovation, research, and cutting-edge technology are a mainstay, with the added attraction of culture that attracts people of all ages and all stages of life. 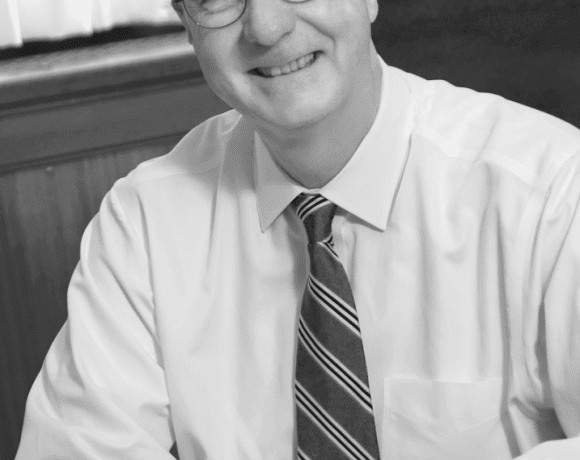