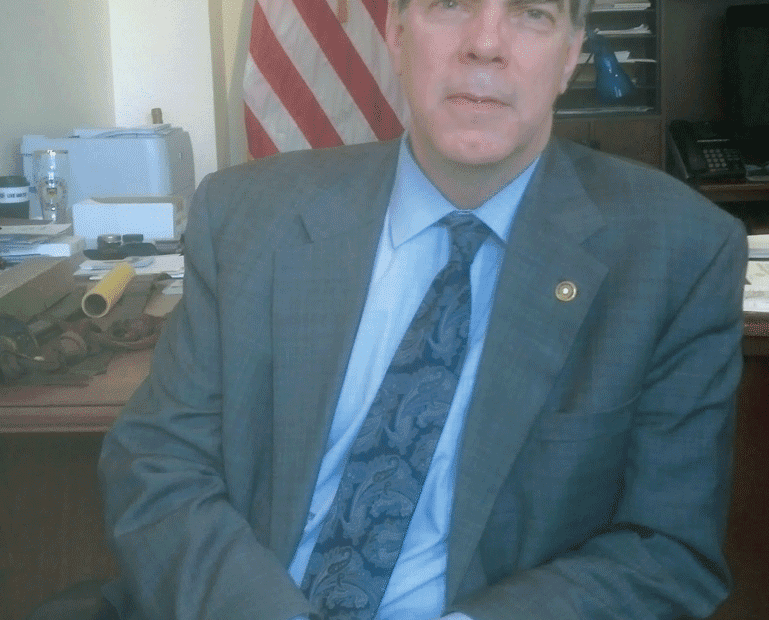 West Springfield Aims to Grow, Casino or Not 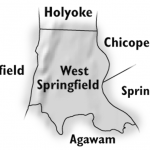 West Springfield Mayor Greg Neffinger says his city doesn’t need a casino.
But that doesn’t mean he and other municipal and economic-development leaders aren’t excited about the bid put forth by Hard Rock International to site a destination casino on the Eastern States Exposition grounds.
When asked what that would mean, however, Neffinger paused for a moment before bringing up a favorite topic.
“I’ve just lowered taxes for the second time in my budget,” he said, noting that the town, recently saddled with the fifth-highest commercial tax rate in the state, now ranks around 16th, and the mayor would like to drop it further in an effort to attract more companies. “So I feel that West Springfield doesn’t need a casino for its economic vitality.”
Instead, he makes a regional argument for a casino, one that would benefit surrounding communities, including Holyoke, Chicopee, Westfield, and Agawam. “I think the casino in West Springfield should be a regional benefit, and the money that’s generated by the casino should be seen as a benefit to all the communities around us. We’re hoping to partner with all our adjacent communities to see how everyone can see the various benefits from the casino.”
But, just as Springfield officials across the Connecticut River have vowed not to stop growing organically even while they promote a casino bid by MGM Resorts International, Neffinger said his town’s economic growth will not be dependent on a gaming resort.
“We are now developing plans that we feel will be beneficial to West Springfield whether a casino is sited here or not,” he said, noting that a small army of consultants, planners, engineers, and attorneys are discussing the potential of the Big E site.
For instance, “there’s a large, undeveloped industrial area adjacent to the casino site, going from the Big E all the way to the power plant along the Westfield River. We hired a planner, Sasaki Associates out of Watertown, to look at those adjacent properties and see what type of commercial, entertainment, or recreation potential they have — either to enhance the entertainment-destination theme, or things that could be done without a casino.”
Memorial Avenue is only one course on Neffinger’s plate these days. To boost growth across the city, particularly in key areas like Memorial, Riverdale Road, and Westfield Street, he has created new positions for a planning and development director (Doug Mattoon) and an economic development director (currently vacant since Michele Cabral resigned earlier this year), and made efforts to streamline the permitting process and make the town more business-friendly.
The growing West of the River Chamber of Commerce, which encompasses West Springfield and Agawam, has taken notice, said Debra Boronski, president of the Massachusetts Chamber of Commerce, which manages the West of the River chamber.
“The mayor has been very active, making sure he is present at every event we have, and I think that speaks volumes in regard to him wanting to be connected to the business community,” she said. “He has embraced our quarterly coffee hour with the mayor, and he is always available for those forums as well. He is quite candid about how he feels about West Springfield being a great place to live, work, and do business.” 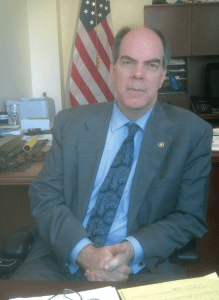 Mayor Greg Neffinger says the properties bordering the proposed casino have great potential whether or not West Springfield wins the bid.

Neffinger, a former architect, noted that each of West Side’s major commercial centers has its own character and set of needs. “Westfield Street is more neighborhood businesses, while Riverdale Road has a life of its own; it’s a very popular location, and restaurants, retail, and car dealerships seem to do well there because of all the traffic going through. Places like CVS, Home Depot, and Costco also do well there.”
He conceded, though, that most of the buzz on Riverdale occurs south of Interstate 91, while the northern stretch of the thoroughfare, between the highway and the Holyoke Mall area, could use more development. A number of chain restaurants — Outback, On the Border, Hooters, and Five Guys, to name a few — have succeeded there, and a tenant is looking to move into the former Piccadilly Pub location. “We think that part of Riverdale Road has lots of potential.”
Armed with a larger planning and development team than past administrations have enjoyed, Neffinger expects progress on other fronts as well. Further development of Agawam Avenue Extension is a key goal in a 2005 report on the Merrick-Memorial section of the city — one of many recommendations he wants to set into action.
“We’re doing a whole rezoning of the Merrick section. That was part of the Merrick-Memorial study,” he told BusinessWest. “When we brought in planners to begin looking at it, they found that virtually 100% of the Merrick section was non-conforming, and [developers] would have to go for a special permit, and it’s questionable whether they’d do that. As an architect, I felt that builders, developers, and entrepreneurs would be more attracted to areas of town that were conforming.”
As a result, a new zoning structure for the area should be completed by June, and virtually all the parcels will be conforming, said Neffinger, who said full development of the area could add $1 million to the tax base.
The mayor repeatedly stressed the importance of a robust planning and economic-development staff, and said the town wants to fill Cabral’s position with someone savvy in 21st-century communication.
“We spoke with a number of retired economic-development directors, and I think the way of reaching out to business is changing, with social media and websites,” he explained, “and so we’re hoping that we can get someone with more of a marketing background who can reach out to businesses and let existing businesses know we’re here and we care about them doing business in West Springfield.”
In addition, he and various planning officials are talking about ways they can improve the process by which businesses locate in town. “One of those is electronic permitting, and hopefully, that’ll be in place next month.”
Neffinger said the Town Council is also discussing exempting businesses from taxes on equipment up to $10,000 in value. “We don’t make much on it, and our administrative costs are almost equal to the money that comes in. There’s a lot of paperwork involved for small businesses, so they’ll save some money and time.”

Rolling the Dice
Of course, it’s hard to ignore the prospect of one decidedly large business — that’s Hard Rock — that wants to call West Springfield home.
Boronski noted that the West of the River Chamber surveyed members and non-members alike about their desire for a casino, and based on the results, just last week, the chamber officially endorsed the $800 million Hard Rock proposal.
“Around the state and locally, no chambers of commerce have come out publicly to support a specific casino,” she said. “For the West of the River Chamber board of directors to do this shows that they are willing to put themselves out there and take a position that’s right for economic development.”
Michael Beaudry, who chairs the chamber, said members “are excited about the potential of the Hard Rock project for its impact to our regional economy and to small business in particular. The job creation and payroll will reverberate throughout the area, alongside new tax revenues for property owners and local government.”
He noted that Hard Rock is committed to a buy-local approach to the project. To strengthen ties between a casino and the business community, the chamber is pursuing:
• Development of a small-business network to identify area businesses that may provide goods and services to the casino resort;
• Coordination on a series of vendor fairs to facilitate additional information and communication on goods and services for the gaming facility;
• Affinity programs for casino employees, by which Hard Rock will offer chamber members the opportunity to directly market their services to the anticipated 2,000-plus casino workers; and
• Promotion by Hard Rock of regional destinations, attractions, shopping districts, and hospitality venues. Those efforts might include cooperative group sales, local training for resort personnel, and marketing and advertising.
That emphasis on making sure small businesses benefit from a casino is a theme that hits home with Neffinger.
“I think small businesses are the backbone of all communities,” he said. “We’re fortunate to have some pretty large companies in West Springfield, but for our economy, employment, and the general well-being of the town, I think small businesses are the lifeblood of the community.”

Natural Appeal
Still, the mayor added, “the casino coming in to the Memorial Avenue area would bring in a whole new dynamic.” One of his missions is to make sure the town’s traditional appeals are not lost in the gaming hype.
“I think, when businesses think of relocating in Western Mass., they’re interested in what the quality of life is, what’s the education system like, what the recreation possibilities are,” he said. “We in West Springfield are surrounded by natural beauty — the Connecticut River, the Westfield River, the Holyoke mountain range, Bear Hole Reservoir … we’re pretty much surrounded by natural resources, and I’m really hoping to capitalize on those.”
To that end, “we’ve already begun to do work on Mittineague Park to fix it up, and we took tons of trash out of Bear Hole Reservoir and put a ranger up there. We want that to be a natural resource for the residents of West Springfield.”
Neffinger also considers education a key part of making West Springfield an attractive destination for businesses and families. The construction of a new, $107 million high school, set to open in 2014, is a big part of that. “We’re also working on improving our MCAS scores and our graduation rate,” he told BusinessWest. “These things are very important for people, especially young families, who are thinking of relocating.”
In addition, he said, “we’re not far from skiing, hiking, beaches, Boston, New York … we’re in a very good location.”
In other words, West Springfield has plenty to offer — whether or not Hard Rock gets the chance to light up Memorial Avenue.