Wilbraham Embraces Vision of the Future 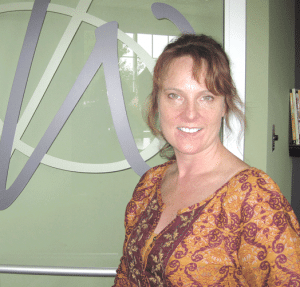 Amy Scott says businesses in Wilbraham try to support each other whenever possible.

Amy Scott, principal of Wild Apple Design Group in Wilbraham, was heading out to look for a new car on the day BusinessWest spoke with her about the general business climate in that community.
The Hampden resident acknowledged that, like other Western Mass. residents, she has plenty of options when it comes to where to shop for a new ride, but she entered the search firmly committed to making sure it started and ended on nearby Boston Road.
“It’s part of the loyalty factor,” said Scott, who used that term to cover not only her buying habits but her willingness to serve the community in a number of roles. It’s an attitude that emerged not long after she took a gamble and leased more expensive space in Post Office Park in Wilbraham when she was searching for a new home for her venture two years ago.
She accepted that risk hoping that her services would appeal to the more than 50 businesses in the park and the hundreds of others in the community and just beyond it in Springfield — and the gamble has been rewarded. And she’s made it her policy to repay the loyalty shown to her.
“I feel like every time I have an opportunity to make a purchase, I look around at my neighbors, and they seem to be doing the same,” she explained. “It shows good faith on everybody’s part.”
Good faith is needed in this community that suffers, in many respects, when it comes to that old axiom about commercial real estate: location, location, location.
Indeed, Wilbraham is not exactly easy to get to from most anywhere in Western Mass. So, in recent years, those involved in town government and its business community have been actively involved in providing reasons for people to withstand the many traffic lights and stopsigns they encounter when trying to get here.
Post Office Park is part of that equation, but so are ongoing efforts, waged by the Boston Road Business Assoc. (BRBA), to make that thoroughfare a true destination for those looking for everything from a car to a major appliance to a good meal.
Scott has recently helped the group revamp its Best of Boston Road awards, which now has thousands of Wilbraham and Springfield residents voting for their favorite retailer, insurance company, dentist, restaurant, and more.
But while civic and business leaders work to help convince consumers that Wilbraham is a good place to do business, they’re also focused on quality of life for those who have chosen to live there — and also those who will join them in the decades to come.
The town christened its new, $65 million Minnechaug Regional High School just over a year ago, and also opened a new fire station, thanks to some imaginative financing. The next priorities, said Robert Boilard, vice president of Boilard Lumber and a selectman, are a new police station and senior center.
They are likely to be key components in a new vision, or comprehensive plan, for the town taking shape through the work of the recently formed Vision Task Force.
Working under the slogan “honoring the past, understanding the present, and imagining the future,” the group began work in early 2012 and gave its final report a few weeks ago, said its chairman, Charles Phillips, a long-time resident. “The Vision Task Force expected a largely positive response and received it,” he noted. “We were surprised, however, at some of the creative ideas that were expressed for improvement.”
For this, the latest installment of its Community Profile series, BusinessWest will look at some of those ideas, and also some of the ongoing — and generally successful — efforts to help people in this region, and sometimes from well beyond it, find Wilbraham.

School of Thought
“Tweedy” and “New Englandy.”
Those are two adjectives concocted by Rodney LaBrecque, head of school at Wilbraham Monson Academy, to describe the institution and help explain why it currently boasts students from 34 countries and several U.S. states, and is at full enrollment.
Those terms (the former is actually in the dictionary, while the latter is not) help paint a picture of the 209-year-old campus, one that is obviously appealing. “It’s certainly a selling point,” said LaBrecque, adding that this quaintness is only one reason for the institution’s success and current growth pattern; the diversity of its programs and the school’s emergence as a leader in such fields as entrepreneurship and business studies are more pertinent factors.
And they (or at least ‘New Englandy’) can also be used to describe Wilbraham itself, which was incorporated in 1763 and, like many neighboring communities, was largely agricultural until quite recently. 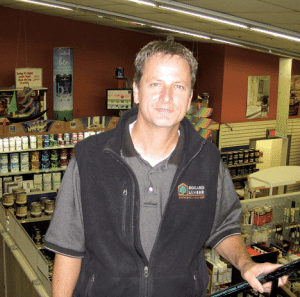 The town was once famous for its apple and peach orchards and several farms — including Pheasant Farm, Rice’s Fruit Farm, and Bennett’s Turkey Farm — that are no longer operating. In fact, the Wilbraham Peach Festival, a popular fall tradition for a quarter-century, was discontinued in 2010.
In its place, the Wilbraham Nature and Cultural Center (WNCC) — steward of Fountain Park, located off Tinkham Road, where the peach festival was held — has re-energized a summer music series on Thursday nights, which has drawn great reviews and strong attendance for regional bands such as The Kings, Trailer Trash, and The Frank Manzi Band.
This evolution, from peaches to rock music, mirrors other transformations in the town, from agricultural center to one of the region’s more popular bedroom communities, and from a business community that could only be described as sleepy to one that is growing — and diversifying.
Indeed, the tenant list at Post Office Park, which has seen explosive growth over the past decade, includes everything from marketing firms to the Scantic Valley YMCA; from medical facilities to law offices.
The park has helped make Wilbraham the business mailing address for many entrepreneurs who previously had little reason to give the community a look, and it is fueling the potential for more commercial development, albeit controlled, as civic leaders cope with some of the growing pains that come with the population surge recorded in recent decades.
The new high school is a manifestation of this growth, said Boilard, as is the need for a new police station and senior center — and the new vision plan itself, which was commissioned with the knowledge that the community needed to anticipate its future and properly prepare for it.
The Vision Task Force, with which Scott was involved through her work with the BRBA, completed phase one of the initiative, called the “Community Vision,” which laid the groundwork for the next step, creation of a comprensive plan, which will be the road map for the community, said Phillips.
The key priorities identified by respondents, he said, include the need to work harder alongside the business community, continue to insist on excellent education, preserve the feel and beauty of the community, place added emphasis on individual recreation, offer reasonably priced housing with excellent town services, and improve service on sidewalks and bikeways.
And while contemplating the future, the town is coping with the present, which in recent years has meant everything from the Great Recession to the tornadoes that caused extensive damage within the community in June 2011 to the ongoing budget challenges faced by all cities and towns and exacerbated by the state’s own fiscal turmoil.
Effective teamwork in Town Hall has been the most important ingredient in meeting these challenges head on, said Boilard.
“Our department heads are phenomenal, and no matter what our political affiliation, we’ve always been on the same page fiscally,” he said. “When you have a team that is running for that common goal, it makes the end result easier to get to, and we all work as slim as we can to get the job done.”

The Bottom Line
‘Getting the job done’ is a phrase used by a number of people in a many different contexts in this community.
For town officials, it means creating that roadmap for the future while dealing with current challenges. For LaBrecque, it means continuing to build WMA’s brand around the world while also strengthening an already-solid town-gown relationship. And for Scott and others in business community, it means growing their own ventures while working, collectively, to convince the world that Wilbraham really isn’t that far away.
“I love that I’m doing business with my neighbors and they’re doing business with me,” she said. “It’s a pretty healthy place to be.”