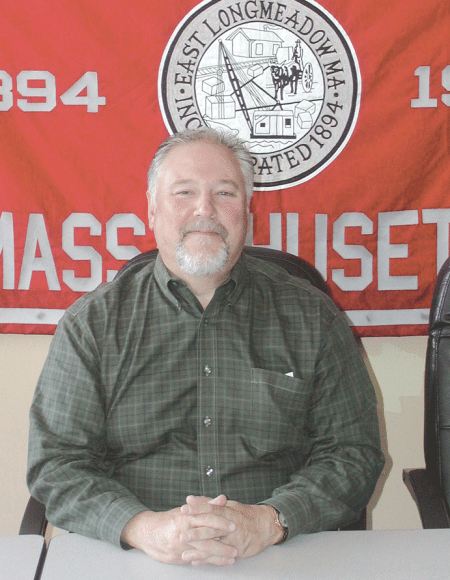 Paul Federici says East Longmeadow’s strong balance, in the form of both residential and commercial growth, has made it an attractive location for businesses.

When asked to list the most pressing problems in his community, Paul Federici, chairman of the East Longmeadow Board of Selectmen, paused, then grimaced slightly as he tried to think of matters that might fit that description.

Finally, he shrugged and almost apologetically offered, “well, we’ve got two issues on the horizon that we’re going to have to deal with, but I’m not sure I’d say either one is a problem.”

And if they are problems, they could well be placed in that category of ‘good problem to have,’ he told BusinessWest, referring to a recognized need to build a new high school and an ongoing study to determine if this town of 16,000 people should change its form of government, from the present three-member Board of Selectmen to a mayor, town manager, or other format.

“As much as I enjoy being a selectman, we’ve got a $50 million corporation here, and it may be time for full-time professional management in town,” said Federici, adding that the two issues he mentioned are tied directly to the town’s strong recent pattern of growth, both commercial and residential.

And there are many reasons for both — everything from available, buildable land to an attractive location near several affluent communities; from an alluring commercial tax rate to a host of quality-of-life amenities (everything from the attractive parks to the region’s largest Fourth of July parade) — that collectively make this an attractive place to live, work, and launch a business.

“The town continues to grow,” said Federici. “Homes are selling in all price ranges, from the smaller starter homes on up to the high-end luxury homes in the developments off Prospect Street, which is a very positive sign, and the business climate here has probably never been better.”

“The industrial park is just about completely filled,” said Maybury, “although there still may be a couple of buildable parcels left. The Deer Park industrial area just south of Denslow is also growing nicely, and all of these companies are doing very well. And, of course, we still have the big ones, Hasbro and Lenox, which has invested $60 million in the plant since its purchase by Newell Rubbermaid in 2003.”

Bay Path’s first physician-assistant class to use the new building graduated in May. “It’s great to have Bay Path University in town,” said Federici. “The new building is fabulous, inside and out, and we’re proud to have it in East Longmeadow.”

That facility is one of many recent success stories recorded in town, and, for this latest installment of its Community Spotlight series, BusinessWest chronicles many others while speculating on what might come next.

Asked to pinpoint the core reason why East Longmeadow is thriving financially — the town’s bond rating is at its highest point ever — and has become an attractive landing spot for families and businesses alike, both Federici and Maybury repeatedly used the word ‘balance.’

“It’s the great balance we have between the commercial, retail, and residential sectors that makes East Longmeadow unique,” noted Maybury. “We’ve got some huge industrial companies, and big employers, in Hasbro and Lenox, along with a great mix of large and small commercial firms in the industrial parks, several thriving retail areas, and a growing residential market. That’s a great mix.”

Federici concurred. “That balance is why we have a strong tax base and reasonable taxes, good infrastructure, and good schools,” he told BusinessWest. “It’s why East Longmeadow is a great town for families.”

And for businesses as well, he added, noting that growth has come in virtually all sectors of the economy, from manufacturing to education.

That extends to the retail sector as well, said restaurateur Bill Collins, who, with his business partner, Michael Sakey, opened the Center Square Grill in May 2014.

According to Collins, the restaurant has far exceeded its first-year projections. “Knock on wood, of course,” he said with a grin, “but business has been great, better than we’d hoped for.”

He is quick to attribute much of the restaurant’s success to the centralized location of the town between Wilbraham, Hampden, Springfield, Longmeadow, and Somers, Conn.

“We draw our customers from a five- to 10-mile radius that cuts through five surrounding towns plus all of East Longmeadow,” he explained. “If you look at a map, the center of East Longmeadow is just a fabulous location for retail businesses, and all of the stores, restaurants, and services in the area are doing very well.”

He also credits the town government for creating a positive business environment. “When were first looking to open at Center Square, the Planning Department, selectmen, and the licensing people could not have been more helpful or more welcoming,” said Collins. “They bent over backward to help us get up and running as soon as possible, and that means a lot to a new business.”

Bring up the 100-pound gorilla that every Western Mass. restaurant is at least wary of, the MGM Springfield casino coming to downtown Springfield in a few years, and Collins says he is aware but not overly concerned. “We’re quickly creating many, many loyal, return customers,” says Collins. “We don’t see these people suddenly heading into downtown Springfield to eat at a casino.”

Federici has a similar reaction to the impact of MGM Springfield. “We’ll see,” he said with a shrug. “I don’t think the casino will have a huge impact on us. Two different impact studies, one by the Pioneer Valley Planning Commission and the other by the casino people, both predicted an increase in traffic in the town of about 6%. For a few hours on certain days, we may feel that, but I don’t think it’s going to be anything dramatic.”

Returning to those aforementioned ‘good problems to have,’ Federici said the School Department has concluded that the nearly 60-year-old high school, built when the town was roughly half its current size, is clearly in need of replacement.

“The selectmen gave the approval to the School Committee to go to the state for funding,” he said. “Last year, the project didn’t make the list of 100 or so building projects approved for partial state reimbursement, but it will be submitted again this year.”

Even if approved for partial state reimbursement, the new high school will be a costly burden for the town. “The estimated cost for a new high school is $80 million,” said Federici, “and some significant part of that is going to have to be picked up by the town. But that will be a problem we’ll overcome, and then, we’ll have a beautiful new high school for our children.”

As for a possible change in the town’s governmental structure, Federici chose to discuss it with humor, in the form of a story the town clerk once told some visitors to Town Hall.

If one does come, it will be a clear sign — yet another one in a series of signs, actually — that this community is in a growth mode, and that the trend will only continue and accelerate. 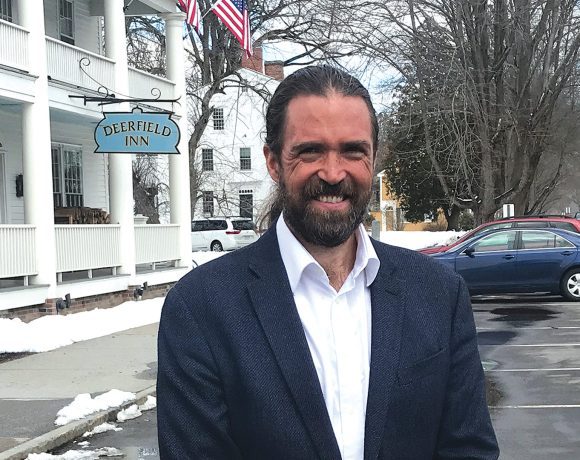 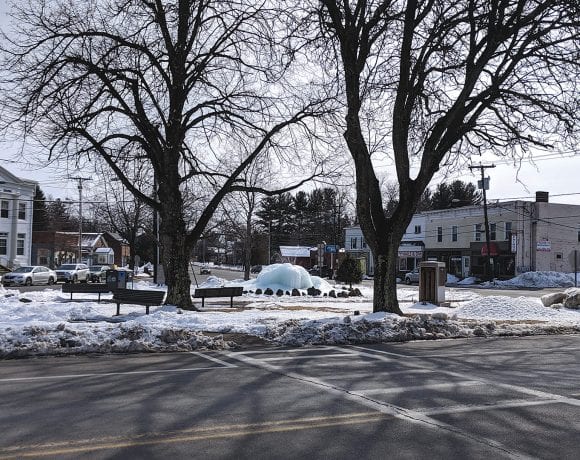