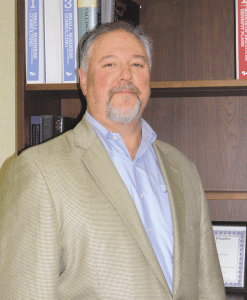 Paul Federici says East Longmeadow has undergone a growth spurt over the past several years, and the trend is continuing.

“The town has been fortunate to have new developments in both our residential and commercial areas,” said the clerk of the Board of Selectmen. “Real estate has picked up tremendously in terms of new construction as well as sales of existing homes, and there has also been a steady increase in commercial growth.”

He attributes the upswing to the availability of property, East Longmeadow’s favorable business climate, and the town’s many amenities. “Businesses and individuals like what we have to offer, and our single tax rate is a big incentive for businesses to move here. We’ve never had a serious discussion about changing the rate because town officials want to keep business owners happy and give them the ability to grow without additional tax burdens. Plus, residents and employees can take advantage of our restaurants, shops, and businesses.”

Robyn Macdonald agrees. “The school system is great, and the town is very safe. The crime rate is very, very low,” said the director of Planning, Zoning, and Conservation. “The single tax rate has a lot to do with the increase in business.”

This business growth is important because East Longmeadow suffered a loss of tax revenue during the recession. “We had a severe slowdown of residential building after the downturn in the economy,” Federici said. “A number of businesses moved out of our industrial area or ceased to operate, and the Appropriations Committee had to tighten their purse strings.”

Although the town fared better than others of its size, Macdonald added, foreclosures occurred for the first time in years. “There were also fears that other businesses would be forced to leave.”

But that has changed, and a surge in balanced growth has helped to improve East Longmeadow’s financial outlook. “Last year, the town was given a triple-A rating by Standard & Poor,” Federici said, referring to the upgrade in long-term bond rating from AA to AA+.

Federici credits the strong fiscal rating in part to dedicated efforts by the Appropriations Committee and town department heads to adhere to tight budgetary constraints while retaining high standards, which include working closely with new businesses to minimize the pain of relocating to the community or opening new.

“Building Commissioner Dan Hellyer does an outstanding job of helping builders get permits and other things they need, which range from utilities to curb cuts,” he said.

As a result, the landscape continues to evolve. “I’ve lived here since 1996, worked in East Longmeadow since 1986, and have witnessed tremendous growth over the years,” said Federici. “We foresee it continuing because we have a favorable business climate.”

Roughly 70% of the town is zoned for residential use, and a number of new, high-end housing developments have taken root over the past few years.

“It’s good to see so many developers have confidence in East Longmeadow and are willing to put their shovels in the ground and build houses in anticipation of selling them,” Federici said.

Al Joyce, president of Rose Bud Builders of East Longmeadow, said his company has a new subdivision on Wisteria Lane, off Somers Road (Route 83). “It contains eight lots. Five homes have been built and sold, and the remaining three are under construction,” he said.

In addition, the Great Woods development of single-family homes on Shaker Road and Prospect Street continues to expand. “Phase 11 is almost complete, and we are anticipating Phase 12,” Macdonald said.

“A ribbon-cutting ceremony was held after the first one was completed about 18 months ago, and they are selling as fast as they are built; prices start at about $500,000, and demand continues to be strong,” Federici said.

“Families see East Longmeadow as a good place to live and buy a home. It is a growing community with a great school system and a busy rotary area filled with shops and restaurants,” he added, noting that a new high school has been proposed as well.

Town officials are also happy that Bay Path University in Longmeadow has chosen to expand its campus to East Longmeadow. It is building a new, two-story, 56,000-square-foot structure that will be called the Center for Graduate Studies in Health Sciences; construction is underway, with a completion date expected in early 2015.

“It will be prestigious to have their graduate-studies program here, and it’s also nice to see a parcel of land that sat vacant for many years put to such a good use,” Macdonald said. “The building will be absolutely gorgeous and fits in well with the neighborhood, as there is a residential area across the street and subdivisions on the other side of it.”

Federici agrees. “It’s wonderful that they have chosen to expand from Longmeadow to East Longmeadow, and the college is already doing a lot for us,” he said, noting that Bay Path has made a commitment to provide the town with an annual payment (as a nonprofit, it is exempt from paying taxes), and plans to offer scholarships to East Longmeadow High School graduates and town employees.

Growth is also occurring a short distance away in the town’s Industrial Garden district.  A vacant building on 126 Industrial Dr. was given new life when it was purchased by the Arbors Kids two years ago. “They renovated it and have been very successful. They offer full-time day care, after-school care, and summer camps, which is a great addition to the town,” Federici said, adding that, a short distance away, a new self-storage facility is also in the initial phase of construction.

Go Graphics is another firm that finds East Longmeadow attractive. It relocated from a shopping plaza on North Main Street to a 5,000-square-foot space on Benton Drive in the industrial park. “The company that was in the space before them left because they downsized, and Go Graphics took advantage of the opportunity to move there, which gave them room to expand,” Federici said.

Nearby, he added, the Deer Park section of the Industrial Garden district is also growing. “GMH Fence relocated from Parker Street to a space on Benton Road as they needed more space.”

Change has also taken place in the town center. “Bentley’s Bistro on North Main Street just celebrated its one-year anniversary, and Baystate Rug opened next door about a month ago,” Federici said, adding that the side of the building that houses Bentley’s had been vacant for close to a year, and the portion that is home to Baystate Rug had been empty for almost two years.

The former Spoleto’s restaurant building at 84 Center Square has also changed hands. It was sold to its long-term managers, has reopened as Center Square Grill, and has a staff of about 75 employees.

And Macdonald said a new gas station and convenience store have been approved at the corner of Chestnut Street and Shaker Road on an empty piece of property. “It will contain a 6,500-square-foot building,” she told BusinessWest.

Housing options for older adults are also expanding. The Fields at Chestnut, a condominium association with individual homes for people age 55 and over, continues to grow. “It’s in Phase 5. Most of the homes contain 2,200 square feet, and they are sold as fast as they are built,” Macdonald said.

The town also boasts a new assisted-living facility. Emeritus at East Longmeadow opened a few weeks ago on the grounds of the former Bluebird Acres apple orchard on Parker Street. The property had been vacant for a number of years, and Federici said it offers assisted-living apartments as well as a unit for people with dementia. “It is a well-staffed facility,” he told BusinessWest.

Federici is happy about the surge in residential and commercial activity, especially since East Longmeadow does not have an economic-development director and the marketing budget is limited.

“The town is definitely on the upswing, and the growth is balanced,” he said. “New businesses and families are moving here, and we still have our stalwarts — Lenox and Hasbro. Lenox has been growing and has spent tens of millions of dollars on their facility and training for their employees in the last decade.

“There is still plenty of open land and space available,” he went on. “The town has a lot to offer, and the future looks bright.” 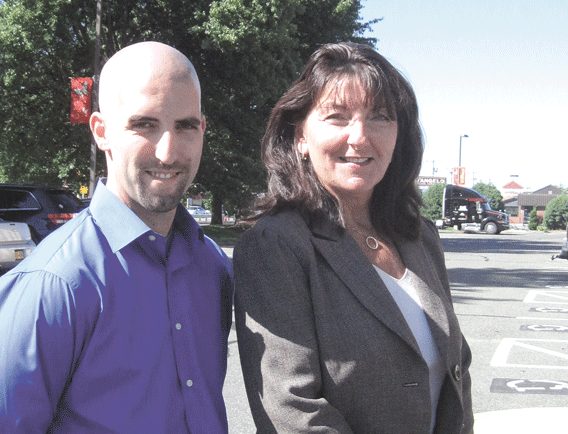 The Art of Getting Paid