Stockbridge Broadens Its Palette of Offerings 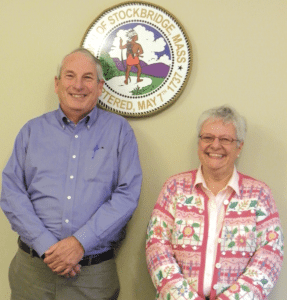 In 1967, artist Norman Rockwell told the editors of McCall’s magazine that they could not showcase his work titled “Main Street” unless they let readers know the scene depicted Christmas Eve in Stockbridge, where he lived and had his studio.

Today, the painting is of one of Rockwell’s masterpieces that reflect life in small-town America, and Stockbridge has become a destination for tourists who appreciate its history and character.

Jorja Ann Marsden agrees. “A woman from Virginia recently stopped in my office just to tell me how nice it is that we don’t have a single stoplight,” said the town administrator. “She said we should keep things that way.”

Town officials are well aware of the importance of maintaining the town’s charm, and it’s something the Board of Selectmen keeps in mind when making decisions.

“We see ourselves partly as a travel destination,” Gillett said, as he named a list of things to see and do, and spoke about them in detail. They include the Norman Rockwell Museum; Tanglewood (its entrance is in Lenox, but 90% of the grounds are in Stockbridge); the Berkshire Theater Festival; the Kripalu Center for Yoga & Wellness; Chesterwood, the 144-acre summer estate and studio owned by renowned American sculptor Daniel Chester French, who is best known for his statue of Abraham Lincoln in the Lincoln Memorial in Washington, D.C.; Naumkeag House & Gardens, a 44-room Gilded Age estate built by 19th-century attorney Joseph Choate; and the National Shrine of Divine Mercy.

“Many people drive here purposefully just to go to our museums, see a play, or visit an historic site,” Gillett said, adding that, in addition to attracting tourists, 64% of the town’s residents are second homeowners from New York, Connecticut, and New Jersey.

Although they all enjoy the town’s ambience and cultural attractions, tourists are often dismayed to discover there is no cell-phone service downtown.

However, the problem is being addressed by the selectmen, and Gillett said it’s important to resolve this dilemma, because, in addition to being an inconvenience, the lack of service poses a significant safety issue. “Our downtown is only one block, but it’s a big problem for people who stay at the Red Lion Inn because they expect to be able to use their phones. But more importantly, we have had situations where police, firefighters, and emergency medical technicians needed to communicate via cell phones and were unable to do so.”

Gillett and Marsden agree that town officials and residents are adamant about maintaining the historic character of Stockbridge.

That principle was one of the major reasons why the selectmen voted unanimously in September to issue a special permit to allow Denver-based Travassa Experiental Resorts & Spas to add a four-story wing to Elm Court on 310 Old Stockbridge Road.

Gillett explained that Travassa plans to preserve the historic integrity of the palatial, Gilded Age mansion, which it purchased for $9.8 million in 2012, with plans to transform it into an elaborate, high-end resort/spa with a restaurant. The estate, which sits on close to 90 acres and is situated in the northeast corner of town, hearkens to a time when wealthy families built cottages in the Berkshires and used them as summer homes.

“Andrew Carnegie and George Westinghouse lived here, and there are about 15 similar homes in Stockbridge and Lenox,” Gillett said, noting that Elm Court was built in 1885 by William Douglas Sloane and Emily Thorn Vanderbilt.

The estate remained in the family until 2012, but Gillett said it was unoccupied from the early ’70s until 2002, when Vanderbilt descendants Robert and Sonja Berle began restoring it. “They ran a bed and breakfast there,” he noted.

But when the couple put the estate on the market, many townspeople feared it would be torn down, which has been the fate of several similar cottages. Although Gillett said the Berle family was committed to finding a buyer who would use it for an appropriate purpose, the property was on the market for about five years before it was sold.

Still, the proposal to turn it into a hotel evoked some controversy. “About 200 people attended a meeting held by the selectmen to discuss the proposal. They didn’t think we should grant the permit because they believed the hotel would be too big and would create too much traffic,” Gillett said.

After much consideration and three separate hearings over a four-month period, however, the selectmen agreed to issue Travassa the permit it was seeking.

“The majority of residents felt it was a positive project. They wanted to see the cottage saved and hoped to prevent it from being turned into multi-housing units. But we had to create a special, cottage-era estate bylaw so they can build the annex,” Gillett said, noting that 16 of the resort’s rooms will be inside Elms Court and 80 will be in the new building.

The project is expected to cost $50 million, and Travassa still needs to seek approval from Lenox officials, because the driveway and about 50 feet of the road in front of Elms Court are located in that town.

“We see it as another business in Stockbridge that will be significant,” Gillett noted. “The hotel and spa will bring new tax revenue to the town and will also generate economic activity for Stockbridge and Lenox because it will create jobs and bring tourists here who will frequent our shops and restaurants and visit our cultural attractions.”

Other efforts to improve Stockbridge include $500,000 of infrastructure work to enhance the downtown area.

“Last year, Main Street was repaved and a bike lane was added along two blocks that run from Route 7 and Route 102 to the Red Lion Inn,” said Marsden. “This year the other end of the street is being repaved. The area extends from the Red Lion Inn to the First Congregational Church of Stockbridge.

“The town also invested $150,000 of taxpayers’ money in new sidewalks because the ones downtown were dangerous,” she went on. “They had been undermined by frost heaves and tree roots, and we felt it was an important safety issue.”

And then, there are the ongoing efforts to bring cell-phone service downtown. Lack of it has become a safety issue in the community, said Marsden, who cited two recent examples.

“In one instance, a man fell off a roof and hit his head on a rock; his co-workers had to run a block to get to the police station because they couldn’t use their cell phones to call for help,” she said, adding that a similar scenario occurred when a driver hit a bicyclist near the fire station.

“We have also had power outages which had the potential to create problems for our elderly citizens who rely on their cell phones to get help if they have an emergency,” she went on.

In the past two years, Gillett said, town officials have contacted cell-phone service providers and encouraged them to install a tower that would provide service to the downtown district. They also hired an engineer to examine a portion of the town landfill to determine if it would be a suitable location. Since there is no electricity on the property, National Grid was brought to the site, and a representative told town officials it will cost $400,000 to install underground electric lines, which are needed for the tower to operate.

But the site has been deemed appropriate, and on Oct. 8, the selectmen passed an article that will allow a tower to be built on the property.

“We’ve put out a request for proposals; they’re due Nov. 19, and we hope to have service downtown by the end of next summer,” Gillett said. “The tower won’t be visible and will have a positive effect on the health and safety of our residents, as well as the tourists who shop downtown.”

Marsden added that expanded cell-phone service will also benefit home-business owners who need to stay in touch with their clients during a power outage.

However, this is not the only step the town has taken to promote safety. Last year, officials purchased a $470,000 rescue vehicle that is fully equipped with the Jaws of Life, as well as medical and stabilization equipment, including foam to extinguish fires.

“We put aside money for four years until we could afford to purchase the vehicle,” Gillett said, adding the selectmen believe it is important to be proactive in matters that affect the health and safety of residents. “We owned some rescue equipment before we made the purchase, but it was kept at a number of different sites,” he explained. “Now it’s all in one place, and the rescue vehicle has already been put to use.”

Marsden said town officials are determined to preserve the historic charm of Stockbridge, while taking steps to keep up with the times.

“We are a very small community and want to maintain our small-town feel as well as the historic integrity that exists here. But we are looking toward the future,” she said.

Gillett agreed. “It’s important to us to maintain our reputation as the quintessential New England village in a typical New England setting. But we will continue to do all we can to maintain the safety of our residents, as well as the visitors who come to our town.” 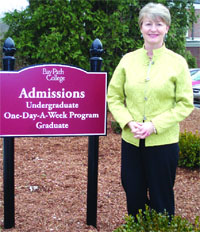 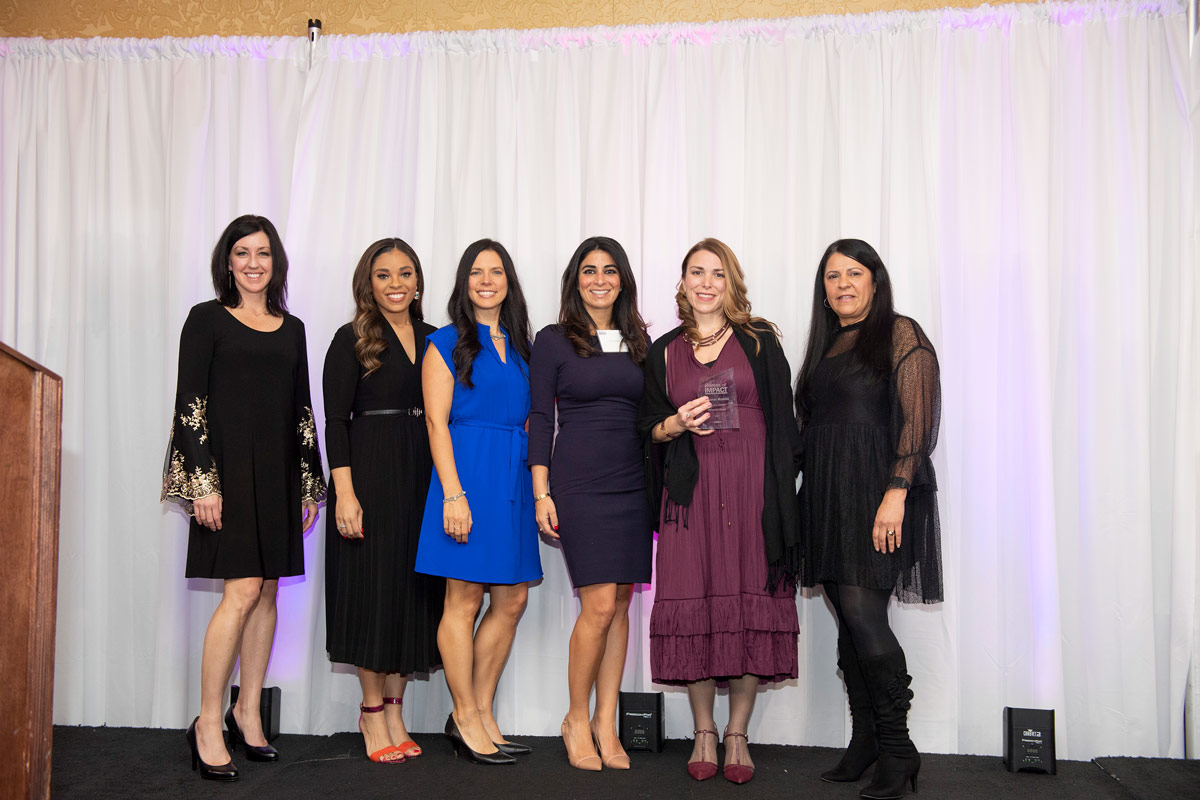 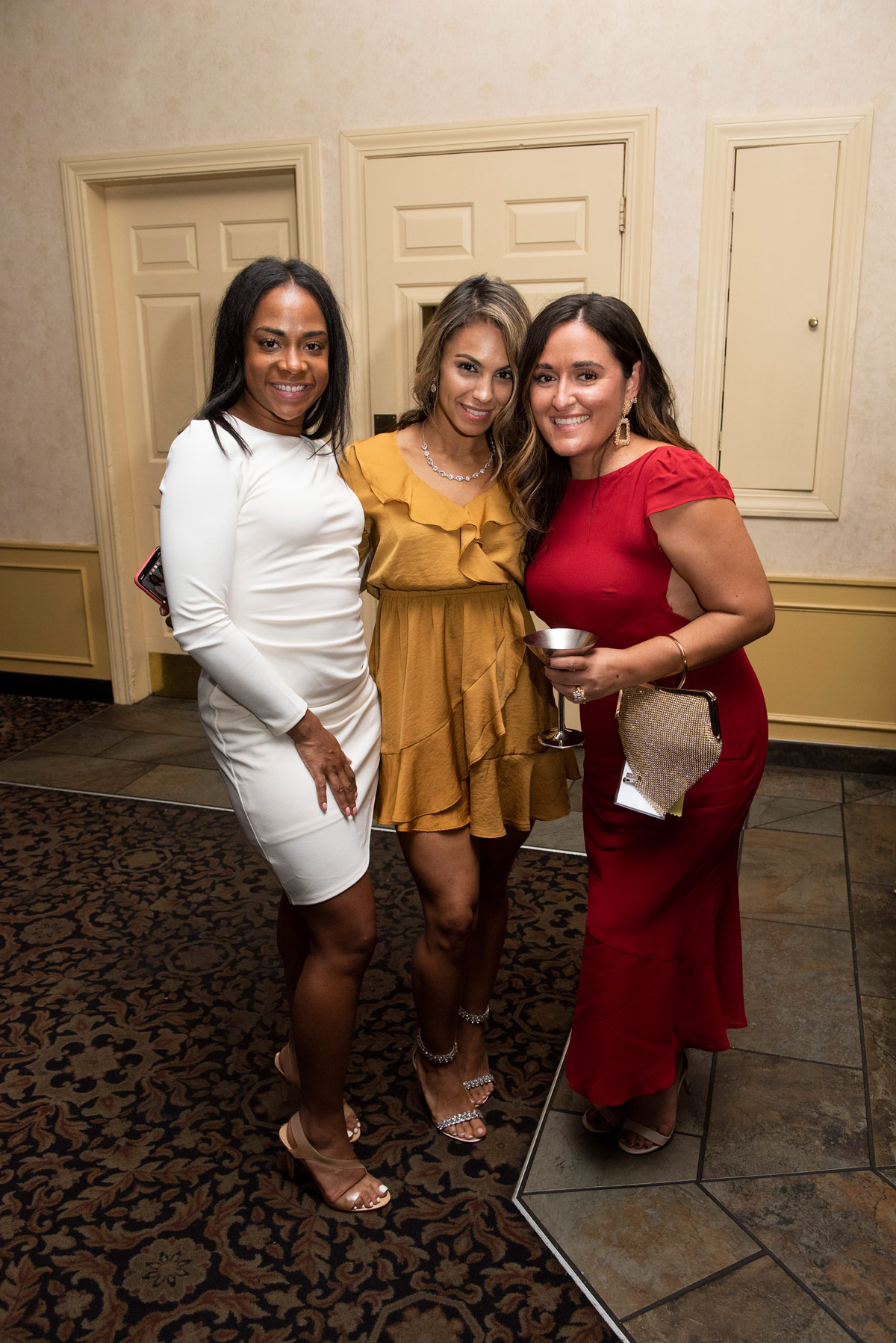