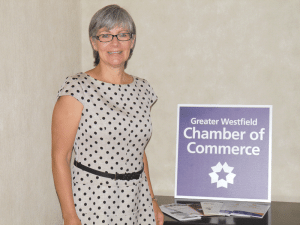 Kate Phelon says a host of new restaurants and other new businesses are bringing a renewed sense of vibrancy to Westfield’s downtown area.

This summer, Westfield was ranked as a “City on the Rise” and one of the “Best Cities to Live in Massachusetts” on different websites. Officials are pleased by the accolades, and believe they reflect a number of dramatic changes that are attracting people to its shops, restaurants, and year-round events.

“It’s an exciting time for us due to new developments at the airport and the continued growth and revitalization of our downtown,” said Peter Miller, the city’s director of Community Development, who noted everything from a number of new restaurants in the central business district to a growth spurt at the municipal airport in the city’s north end.

The $80 million Great River Bridge project is finally complete, and Miller said it is significant because people avoided coming to the city for years because of the traffic congestion.

“Westfield had developed a reputation for being a traffic nightmare,” he said. “But we finally have a pattern that flows and is aesthetically pleasing. We’ve restriped and fully reconstructed our roads, we have new plantings and new sidewalks, and have renovated four parks. We also made a commitment to use the Park Square Green as a gathering space. It is the focal point of the city, and we are working to develop programs and community-based activities that will be held there throughout the year.”

Westfield-Barnes Regional Airport is also experiencing growth, and Miller said a $21 million resurfacing project of the 9,000-foot runway is complete. It was paid for by a partnership between the city, the state Aeronautics Commission, and the federal government.

In addition, Gulfstream Aerospace Corp., a unit of Virginia-based General Dynamics, has completed a $23 million expansion, which led to the creation of more than 100 new jobs. The Westfield location has also been chosen to service the new Gulfstream G650 aircraft, a twin-engine, $100 million corporate jet.

“When the company decided to expand, Westfield was one of four airports across the nation they looked at. It’s impressive that Barnes was chosen, and it put Westfield on the map for people who use corporate aircraft,” said Kate Phelon, executive director of the Greater Westfield Chamber of Commerce, as she explained that the area’s skilled workforce was a critical factor in the decision.

However, Miller said there are a number of other things that made the airport attractive. He cited its modern terminal, which was constructed in 2006, as well as the availability of 24/7 runway access and fire service, made possible through a partnership with the 104th Fighter Wing of the Massachusetts Air National Guard at Barnes.

“We’ve learned through this expansion that we can really position ourselves as a hub for aircraft maintenance and specialized services,” said Miller. “We’ve been building toward this for the last decade, but in the past we didn’t have the facilities to accommodate it. The runway and new terminal were the game changers.”

The change has sparked growth, and several developers and fixed-base operators have been expanding to accommodate the increase in traffic. “Rectrix and Whip City Aviation are also in the process of evaluating and expanding their hangar space,” Miller said.

In addition, Papp’s Bar & Grill opened at the airport several months ago. “It’s very unique and has an observation deck bar. We think it will attract more people to the airport and make them aware of how much activity is generated there,” he noted.

The city is also developing a new program at Westfield Vocational Technical High School that will train students for careers in aviation.

Phelon said a representative from Gulfstream is on the high school’s advisory board and has been instrumental in the creation of the program, which is important, because there are not enough skilled workers to fill available positions at Gulfstream.

“We’re still trying to identify a facility to house the program at the airport, but hope to launch it in the fall of 2015,” she explained. “It will be the third of its kind in the Northeast and will give students another choice of careers in a growing industry where they can get a job that pays well after graduating from high school.”

The city’s downtown also boasts a number of new attractions, and the Hangar Pub & Grill, which opened during the first week in June, is thriving. “It has a great atmosphere and is a place where families and students can come together and enjoy themselves,” Miller said, adding that Westfield is its second location; the first is on University Drive at UMass Amherst.

Phelon also believes the restaurant will result in an increase in foot traffic downtown. “The Hangar is a well-known name, and we see it as a magnet that will drive traffic to our downtown and help other new businesses. It is so popular that some nights there is a line of people waiting outside the door.”

However, there is still room for growth, and Miller said the city is hoping to attract other restaurateurs to the city. “The Hangar has demonstrated that there is an audience for new eateries.”

In addition, city officials are focused on filling empty commercial space that includes a full block on Elm Street. “We’re focusing on attracting investors from the region because they understand our market and culture,” Miller said.

Another development, finally coming to fruition after more than a decade of work, is the extension of the Columbia Greenway rail trail. “Westfield is the northern terminus of the trail, and this summer it will be extended into our downtown,” Miller said. “We’re looking forward to it, as we believe it will introduce an entirely new population to our shops, businesses, and restaurants.”

Phelon agreed. “Rail trails have become so popular that we believe it will inspire entrepreneurs and further economic development,” she said.

Other news includes a groundbreaking ceremony this month for a new, $7 million, 22,000-square-foot senior center being built on Noble Street, which will serve thousands of residents. It is expected to be completed next summer.

The city’s marketing tagline is “Business Focused, Community Driven,” while the chamber’s is “The Power of Community,” and Miller said the concept of community is something city officials take very seriously.

“We’re very fortunate to have a diverse group of people working toward the goal of creating a place where community matters, neighbors engage with each other, and people know each other,” he said.

Phelon concurred and said the chamber is using all its resources to promote activities and events that bring people together.

“We’re the only chamber of commerce in the area that hosts free, monthly coffee hours with the mayor,” she said, “which is a great opportunity for people to learn about what is going on in the city.”

Although the Westfield Business Improvement District dissolved earlier this summer, Miller said, “our message to businesses and the public is that the city and chamber stand committed to continuing the progress made in the past seven years. We will continue to raise the bar, and the social, community aspect of our city is being fostered through festivals, new restaurants, Westfield State University, and the efforts of our chamber.”

Two MusicFest concerts staged this summer each attracted more than 1,000 people, and local restaurants took advantage of available vendor space during the concerts, which created a festive atmosphere in the city.

Upcoming events include a MusicFest featuring a Beatles tribute band on Aug. 21, a fall street festival called Megaplanetpalooza on Sept. 20, a Haunted Chocolate Walk on Oct. 25, and a Lantern Light Parade Nov. 29, as well as an expansive, city-wide event titled “The Universe According to Josh Simpson,” which is ongoing through October and includes exhibitions of the glass blower’s work in galleries, banks, and restaurants, as well as demonstrations, a film series, lectures, raffles, and children’s activities.

Phelon said these events and others, such as Small Business Saturday, are advertised on the chamber’s website, through mailings, and in its newsletter. “We want to do all we can to support businesses and entrepreneurs who have taken a chance on our downtown.”

A partnership between the city and community radio station WSKB 89.5, which is operated by Westfield State University, kicked off in June and also serves to publicize local events.

“A different personality hosts the show every weekday between 6 and 8 a.m.,” Miller said. Officials from the city’s nonprofit organizations take to the air on Mondays and Tuesdays, Mayor Daniel Knapik is the host on Wednesdays and Fridays, and Patrick Berry from Westfield News Group is the featured guest on Thursdays.

“It’s a great way to learn about what’s going on in the community and gives people another way to interact,” Miller said. “The university approached us with the idea, and we were more than pleased to use the station to promote local events.”

Officials say Westfield is accomplishing its goal of becoming a vibrant community.

“There’s a synergy happening among the people who live and work here,” said Phelon. “Plus, Westfield is the only community in Massachusetts whose population has grown in every census conducted over the past 60 years. We’re also the largest city before you get to the hilltowns, and it may inspire growth when people come here, eat in our restaurants, and attend our events. We’re very proud of how our city looks, and with the upgraded traffic flow, it’s a great place to visit.”

Miller agreed. “We have a lot more to offer now,” he said, “than we ever had before.” 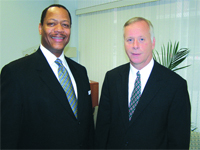 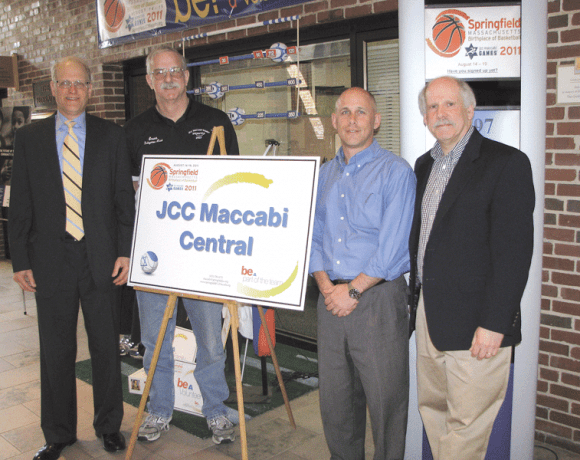 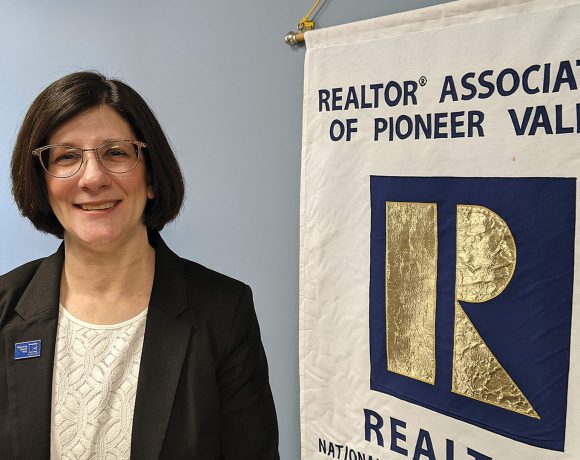