Peter Bryanton says aggressive marketing efforts led to the speedy purchase of a large distribution center and development of plans for its reuse.

Last spring, Enfield officials were notified that the Hallmark Cards distribution center was consolidating its operations and planned to move to Kansas City, Mo. within a year.

Not only did that mean a loss of 500 jobs locally, but it left a huge footprint to fill. Indeed, the property on 25 Bacon Road contained a 1.1 million-square-foot building and three parcels totaling 324 acres in the northeast quadrant of town, which would be expensive to maintain and keep secure if the property was left vacant.

Hallmark asked for the town’s help in marketing the property, which was immediately granted, and after a tour, Community Development Director Peter Bryanton worked in collaboration with the broker on an aggressive marketing plan that proved so successful, it resulted in a bidding war.

WE 25 Bacon Road LLC, which was set up through Winstanley Enterprises LLC in Concord, purchased the site in June for $12 million, and its ambitious plans for the property are already underway.

Hallmark moved its operations at the end of June, and Winstanley has begun the first of a three-phase renovation plan that includes creating space for two Fortune 500 companies from outside Connecticut who are consolidating their operations and are expected to move in by the end of December.

“We couldn’t have asked for anything better,” Bryanton said, adding that phase I is expected to cost more than $7.5 million and will bring at least 90 full-time jobs to the town, while phase II will cost $12 to $14 million.

Director of Planning Roger O’Brien noted that a property at 80 Shaker Road known as the Parker Building, which was used primarily for industrial storage, also received multiple bids in the last month.

“The commercial-industrial market here has become very active over the last year,” he said, adding that he initially was working with a company in the industrial park who wanted to put on an addition and was interested in the site. But it was purchased by Camerota Truck Parts, which will gain enough space to double in size when it moves from its current location on Shaker Road.

A number of other sites that sat empty for years were also recently filled, and the town is definitely on an upswing in terms of economic growth and development.

Bryanton attributes this surge to several factors. The first is the town’s location; it sits along the I-91 corridor that connects Springfield to Hartford and New Haven. The second is the comparatively attractive price of land that has good access to rail and highway transportation, and the third is the fact that the economy is rebounding.

“When Winstanley heard the property was being vacated, they launched into action very quickly and did a thorough examination of the site and how it relates to their business model,” said Valarie Ferro, principal of Good Earth Advisors and development advisor to Winstanley Enterprises.

“It’s truly a signature property that grabs people’s attention, and they liked the fact that Enfield is positioned on the I-91 corridor with proximity to regional markets in Massachusetts and Connecticut, as well as its position between Boston and New York,” she continued, adding that the property was industrially zoned and already set up for warehousing and distribution, which is one of the areas Winstanley concentrates on developing.

For this edition, BusinessWest looks at the work that is planned for the site as well as other developments that have brought new life to Enfield in the past year and filled the majority of its empty commercial and industrial spaces.

Ferro said Winstanley has the right posture, sources of equity, and technical capacity to execute the plans for the former Hallmark site.

The first phase of renovations, which was approved early last month, is focused on a 697,533-square-foot building that contains 48 loading docks and is referred to as the low-bay section.

Work will include installing a new HVAC system; a state-of-the-art fire-suppression system; new LED lighting; a new, five-foot-wide, bituminous-concrete sidewalk along the east side that will provide a pedestrian connection from the parking lot; repairs to the loading docks on the building’s west and north sides; and improvements to the parking lot itself.

“The high-bay section is 80 feet tall and was constructed for Hallmark operations,” Ferro said, explaining that it contains racking systems that are holding the roof up, making the building functionally obsolete. So renovations to the 350,000-square-foot area will include installing a lower roof that will bring it up to code and make it usable for a new client.

Phase III will include construction of a new, 700,000- to 800,000-square-foot warehouse/distribution building on the northern part of the site.

“The company is making a significant investment in the property, and they feel strongly about Enfield and the marketplace. It will be a great project,” Ferro said.

The town has held two special meetings that included all the department heads agreeing to move it along quickly. “We are trying to show we are nimble and responsive and have pooled our limited resources to get projects like this done,” O’Brien said. Although approvals are sequential, if everything is laid out ahead of time, it can speed up the permitting process without shortchanging any regulations.

Meanwhile, there are other developments taking shape within the community. Enfield Memorial Industrial Park is a popular site for businesses, and Phoenix Manufacturing at 80 Shaker Road is adding several thousand square feet to its South Street location.

In addition, another former Hallmark facility at 35 Manning Road that sat vacant for a number of years has been filled. The 286,800-square-foot building was purchased by Enfield Distribution Center in 2014, and in the last year, Ashley Furniture and Namco Pool Supply took up the remaining available space.

“The building went from being completely unoccupied two years ago to being completely filled,” Bryanton said, noting that the town’s website does not contain a listing of available commercial and industrial properties, but people who call town officials are not only guided in the right direction and put in touch with owners, they are helped through the permitting process.

The former 19,600-square-foot Namco Pool supply store at 1551 King St. was also recently sold and purchased by Secure Energy Additions, which just received the approvals to convert it into office space and warehousing for solar panels and supplies.

“It’s another example of a site that was underutilized, but had four different proposals,” O’Brien told BusinessWest.

New jobs were also gained when World Color Printing’s site at 96 Phoenix Ave. was purchased by Conval Inc. The mid-sized valve manufacturer relocated 90 jobs from its former Somers location, and plans to expand operations in the near future.

And another site at 1559 King St. has finally regained its former vibrancy. Although United Laboratories took over 40,000 square feet in 2012, the remaining 144,200 square feet remained vacant for the past eight years.

In addition to industrial warehousing and manufacturing companies, the town is home to a number of medical facilities located on a mile-long stretch of Hazard Avenue, a short distance from Enfield Mall.

“It’s become an impressive corridor and hub for medical facilities within the past 10 years,” Bryanton said, noting that Hartford Hospital, Johnson Memorial Hospital, Community Health Resources, and other groups have facilities there.

The newest venture is being undertaken by developer Huntington Chase, who broke ground several weeks ago on a new 49,500-square-foot medical facility at 160 Hazard Ave. that is expected to open in the spring of 2018.

The town has been highly successful in filling much of its empty space, but one area that continues to struggle is Enfield Mall. Bryanton said the previous owner purchased it around 2000 when the market hit a peak and could not afford to drop lease prices or make any renovations when it crashed a few years later.

“The owner wasn’t investing in the property, and the rents are high, which precipitated the departure of a number of tenants and led to a foreclosure in February; the bank is working with the management company to do some renovations and bring the leases in line with the current retail market and is looking for a new buyer,” he said, noting that anchors Target and Sears own the spaces they occupy, and the mall property consists of the adjoining hallways.

However, there are seven malls and plazas in the area that contain many retail shops, so despite Enfield Mall’s vacancies, the area remains a thriving hub for retail operations and draws shoppers from a wide range of towns in Connecticut and across the border in Massachusetts.

Many people bemoan the fact that a multitude of white-collar jobs have been lost in Connecticut, but Bryanton simply views it as a paradigm shift.

“Connecticut used to have a lot of office jobs, and you hear a lot about out-migration in Connecticut because many companies are leaving the state,” he said, citing, as one example, General Electric, which moved its 1970s-style corporate campus in suburban Fairfield to downtown Boston’s Seaport District earlier this year.

“That move created a lot of angst, and some people are worried, but space in Enfield is filling up. There are a lot of goods being moved around, and we are poised to take advantage of that situation. We may be losing jobs in insurance and financing, but it is simply a shift because we are gaining logistical, warehouse, and transportation jobs in places such as the former Hallmark site,” Bryanton continued. “It all goes back to our location.”

That should translate to success for the firms that have chosen to locate there, and with millions of dollars worth of work planned at the former Hallmark site, the future is bright.

“Winstanley is preparing buildings in Enfield for the next generation of business,” Ferro said. “There is a lot involved in the project, but it’s work that must be done to stay competitive.”

Enfield, Ct. at a glance 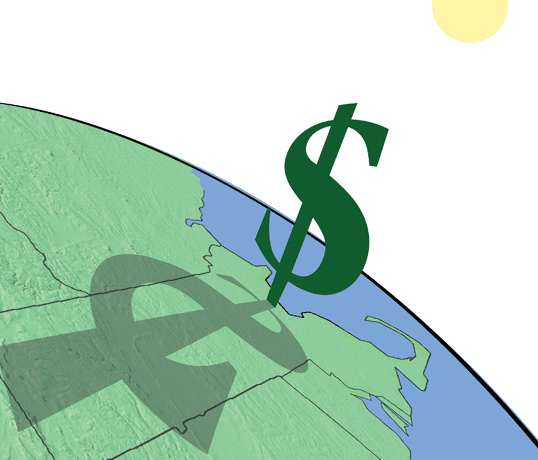 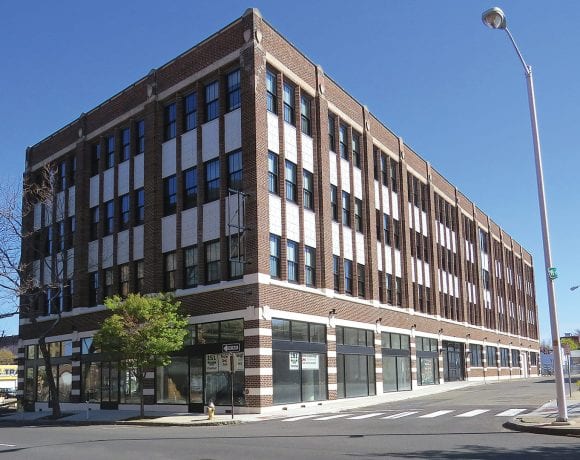 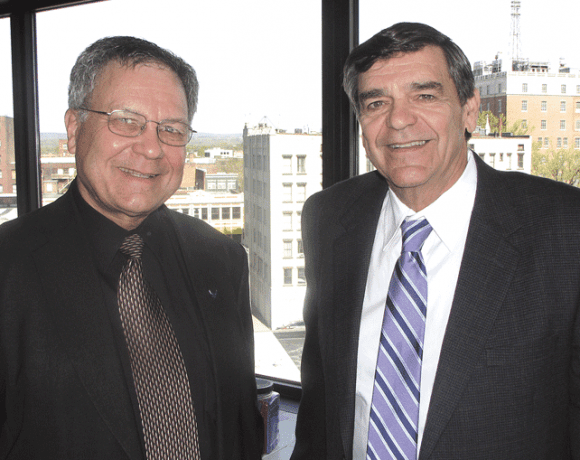