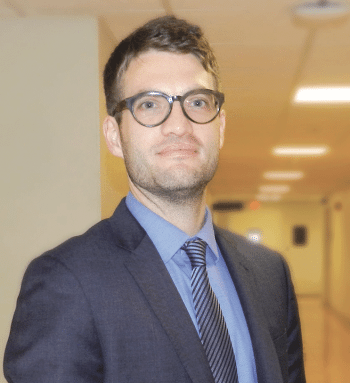 Tough problems require bold solutions, and opiate addiction has become a tougher problem than ever before in Massachusetts.

Responding to a troubling rise in drug addiction in the Commonwealth over the past decade, Gov. Deval Patrick’s administration convened a task force earlier this year to come up with solutions. The recommendations are plentiful, and time will tell how effective implementation will be.

“I think it’s very appropriate to characterize this as an opiate addiction crisis,” said Dr. Robert Roose, chief medical officer, Addiction Services, for the Sisters of Providence Health System. “Government and media and other parties who have described opiate addiction as an epidemic are making an honest assessment of what this region and others have been dealing with for a number of years. And we have not seen potentially the worst of the consequences of this crisis.”

One problem the task force sought to address was a shortage of treatment options in the Bay State, where an estimated 120,000 people are addicted to opiates, and roughly two deaths every day are attributed to overdoses — while perhaps 100,000 of those people either cannot access limited treatment resources, or are not trying.

“Everyone is trying to keep up with the current demand for treatment,” Roose noted. “I would say, at this point, patients struggling with opiate misuse are also struggling with longer waiting times to get into treatment programs, and that puts people’s lives at risk.”

The task force’s recommendations (more on those later) encompass strategies for expanding treatment access and boosting educational efforts, but also altering how the insurance industry and correctional system handle addiction, among other goals.

The coalition of more than 35 stakeholders — representing municipalities, hospitals, insurers, social services, and other entities — worked with families, the Department of Mental Health, and a host of organizations to develop a set of recommendations designed to improve the Commonwealth’s opiate-abuse prevention and treatment systems, prevent further misuse and addiction, increase the number of people seeking treatment, and support individuals recovering from addiction.

“These actions will help enhance our network of treatment and recovery services to help communities and families struggling with addiction,” Patrick said. “I hope this work results in more families talking openly about issues of addiction in order to spark the process of healing and recovery.”

Roots of a Strategy

What would become known as the state’s Opioid Task Force stemmed from Patrick’s declaration in March of a public-health emergency in regard to opiate addition. The task force, chaired by Cheryl Bartlett, commissioner of the state Department of Public Health (DPH), was charged with developing policy recommendations to strengthen the Commonwealth’s response to this crisis. The task force eventually made recommendations in several categories, including:

• Expanding and streamlining access to services. In order to meet the escalating demand for treatment, ensure a comprehensive continuum of care, and facilitate access to coordinated care, the DPH intends to expand community-based and residential treatment programs for underserved populations, including adolescents, young adults, and families with children.

• Enhancing opiate education. The DPH will launch a statewide awareness campaign for youth and parents to promote more openness and public dialogue about issues of addiction and recovery. The Commonwealth will also work on strategies to enhance education for medical professionals on best practices in identifying and treating individuals struggling with opiate addiction.

• Addressing insurance practices. The DPH and the Division of Insurance, in consultation with the Health Policy Commission, will conduct a comprehensive review of insurance coverage for opiate addiction treatment. The agencies will consult with clinical experts to develop minimum criteria for opiate abuse and addiction treatment services that will be considered medically necessary for all patients. The task force found that gaps in coverage were impacting services for individuals in need.

• Expanding correctional-system treatment. The Commonwealth will work to provide individuals with enhanced support and treatment for drug addiction when they leave correctional facilities and integrate back into society.

• Expanding peer-support networks. The Patrick administration will work with communities to expand peer support networks comprised of individuals in recovery who provide guidance to those navigating pathways out of addiction.

Patrick also met in June with other New England governors at Brandeis University to discuss a regional response to the opiate epidemic.

Roose noted that he worked in addiction treatment in New York City for a couple of years, and he sees parallels with Western Mass. in how addiction isn’t just entrenched in urban areas, like Springfield and Holyoke, but has spread into other communities, which don’t always have the infrastructure to deal with it.

“It was a bold move by the Legislature to create a task force, and they put forth some strong, bold recommendations, which will hopefully make an immediate — but lasting — impact,” he told BusinessWest. “Recovery is a lifelong process, and treating addiction is something done over time. I expect we’ll be dealing with this for many years to come.”

John McGahan, a task-force member and president of the Gavin Foundation in Boston, said the task force’s approach “addresses a public-health crisis without compromising public safety and … supports communities, families, and the people seeking recovery.”

From Drugstore to Street

The education component of the task force’s recommendations is especially important, considering how subtlely many individuals become addicted, as Roose noted.

“There have been different studies that looked into this, and they reinforce what had become a common understanding, which was that a general overprescribing of prescription painkillers, starting in the ’90s, led to a dramatic increase in access to painkillers and opiates. And many people developed physical dependence because of this increased availability. These include young people and teenagers who began experimenting with prescription painkillers.”

John Morello says the roots of the problem run deeper than young people discovering their parents’ painkillers in the medicine cabinet. A Worcester-based actor and writer who performs Dirt, a one-man show about substance abuse and choices, in schools and colleges across the U.S., Morello said a culture that has become more welcoming to the idea of pills as a solution to problems has helped grease the skids toward higher rates of addiction among young people.

“I think one of the biggest things I’ve noticed is how medicated most students are these days, and how it is a direct reflection of the medicating of their parents,” he said. “We have a generation that has been overmedicated by painkillers and anti-depressants, having children and then being told that their kids have ADHD and need to be medicated.

“No matter what school I go to — maybe more, though, in wealthy areas or private schools — I see kids being medicated for academic performance,” he went on. “I don’t know if it’s because parents and communities are buying into this whole idea that ‘our children are falling behind, and we as a nation need to keep up with China and India,’ or maybe it’s just plain fear, or maybe they truly do want what’s best for their kid and are not getting any other answers besides some anecdotal reports on afternoon talk shows and a prescription from the pediatrician.”

The numbers at some schools are startling, said Morello, recalling a relaxed chat he had with about 25 or 30 students after one of his shows. When the subject of prescription drugs came up, more than half the students said they were on some sort of behavioral prescription, and the ones on Ritalin or ADHD medications had bought into the idea that the pills were helping them be successful students.

“So, there is this overarching message that to fix things, we take a pill,” he continued. “Of course, I question the whole premise most of the time because I don’t even think that what they’re ‘fixing’ is even broken half the time.”

Whatever the reasons for increasing numbers of addicts, it’s not hard to understand how a significant number of those people have moved from the medicine cabinet to the street, where a hit of heroin is typically $10, compared to $30 for one dose of Oxycontin, Morello noted.

“We are seeing the effects of young people who tried painkillers, became addicted to them, and transitioned to heroin,” Roose said. “There’s very clear evidence that, as the number of opiate prescriptions increased over the last two decades, so did the number of treatment admissions and the number of opiate-overdose deaths. As the medical community and others recognized this was a problem, the subsequent decrease in prescribing them led many already addicted to switch to heroin, which has always been readily available.”

Added Morello, “what happens when the patient cannot afford the FDA-approved and legalized habit that was created and nurtured in him by prescriptions since childhood? He or she will either break the habit or find a way to feed it that they can afford.”

The task force’s recommendations are aimed, at least in part, at breaking those habits, but no one is saying it will be easy.

In fact, Roose said some addicts simply aren’t willing to seek help, and perhaps the best way to reach them is through programs that educate people about safer injection practices and overdose prevention.

“Heroin dependence brings additional risks, including complications that arise from injection use, which sometimes lead to more dramatic social and economic consequences for individuals, families, and the community,” he said. “The good news is that we have treatment — treatment that works — for addiction, but we’re behind the 8-ball, coping with the increased demand.”

Bartlett said the task force wants to expand on a strong, if overextended, treatment system in Massachusetts, and to create a national model for recovery. Roose, who works for a health system with a broad range of inpatient and outpatient addiction-treatment services, knows the battle is only beginning.

“Despite increasing capacity over the past year,” he said, “we’re still coping with the same demand the state is experiencing. It’s a problem.”