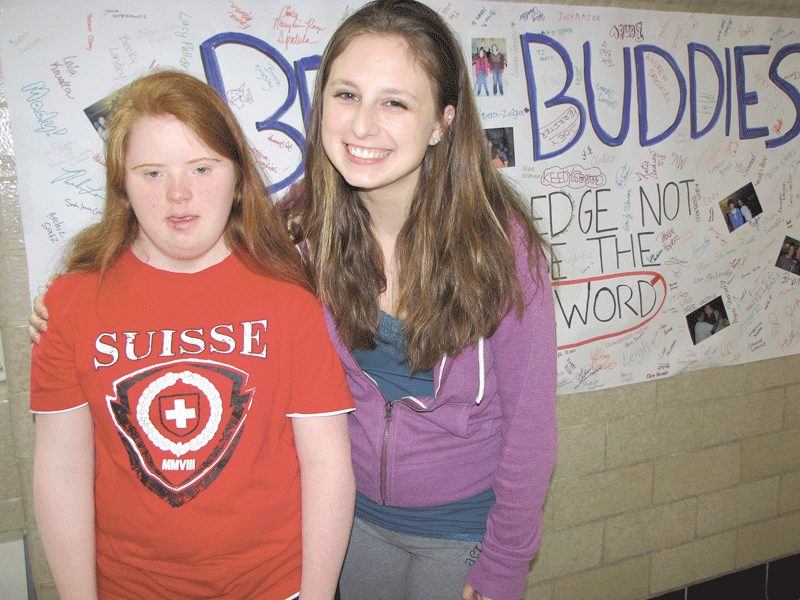 How Best Buddies Helps Young People Come to an Understanding 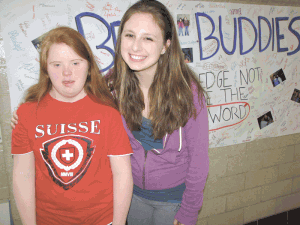 Theresa Ruszczyk (right) and her buddy, Lucy Pasche, say their friendship has benefited both of them in several ways.

“So far this month we have done the movie night at Cinemark. This event was a lot of fun and we both enjoyed the movie. We have also gone out to lunch at Wendy’s in Hadley. We were originally going to do ice cream but then Liz wanted to go out to lunch and Wendy’s is her favorite restaurant. Liz’s best friend Charlene came with her buddy Emily. This was really fun and it also gave me the chance to meet her dad for the first time. Liz has also come to one of my soccer games. She came to the game because she really wanted to see me played [sic]. I really wanted her to come. Overall, me and Liz [sic] are getting along really well and we already have a bunch of fun activities planned for the upcoming months :)”
This synopsis, known in the parlance as a ‘friendship update,’ does a remarkable and efficient (just 139 words) job of explaining just what the program Best Buddies is all about, and how it creates an abundance of those grammatical smiley faces like the one seen at the end of this missive.
Written by a young woman from Northampton, this monthly update report tells of how two people have become, well … buddies, and how they are spending increasing amounts of time together, finding out about one another, supporting each other, and anticipating a relationship that will continue to grow.
Better than any lengthy brochure, this simple update gets to the heart of the matter when it comes to Best Buddies, which pairs individuals who have intellectual and developmental disabilities (IDD) with people of the same age who do not. New friends, or buddy pairs, commit to contacting each other weekly and participating in a one-to-one activity together monthly. In addition, members plan and participate in at least four group activities each year.
Participation in the program becomes a unique growing and learning experience, said Kate Crowther, director, since last fall, of an area that includes Central and Western Massachusetts.
“While there is a service component and a mentoring component to the programs,” she explained, “we really try to support and enforce the idea that each student is of service to the other; it’s a mutually benefiting relationship. And so it’s not about spending an obligated amount of time with someone to fulfill your own personal desire to be of service to someone — it’s about taking steps to become more aware of people with intellectual and developmental disabilities, what their capabilities are, and to integrate the two demographics together.”
Theresa Ruszczyk (pronounced ruzz-ik) would certainly agree.
A junior at Northampton High School, she’s been involved with Best Buddies for two years now and is currently president of the Northampton Club, as these groups are called. At a matching party last fall, she was paired with Lucy Pasche, a senior at NHS who has Down syndrome.
Over the past several months, the two have gone to a number of Best Buddies-organized events together, including a dance, a few movies, a day of ice skating, a Halloween party, and a holiday-season get-together at which participants crafted gingerbread houses to be displayed in downtown businesses. Meanwhile, they ‘talk,’ which usually means texting, every day, and have formed a friendship that has benefited both young women in a number of ways.
“I’ve gained a lot more respect and patience and the knowledge that everyone is capable of doing something,” said  Ruszczyk. “I’ve realized a lot more about everyone, especially people with disabilities. I never look at Lucy and think about what she can’t do. I’m focused on what she can do, like run track and be a team captain, be a teacher’s assistant, and much more.”
Meanwhile, Pasche used the phrase “that was fun” to describe a number of the activities that have been part of the Best Buddies experience, especially the dance and gingerbread-house-building activities.
For this issue, BusinessWest takes an indepth look at Best Buddies and how Crowther is being aggressive in her efforts to build awareness of the program and thus create more opportunities for those smiley faces and strong relationships like the one forged by Theresa and Lucy.

The Buddy System
When asked about these efforts to raise the profile of Best Buddies in her large region, Crowther offered a significant sigh and a telling smile.
“It’s a 24/7 effort,” she said, adding quickly that she was exaggerating, but only slightly. Indeed, getting the word about this organization and expanding its already considerable footprint constitutes the top line of Crowther’s job description. It’s an intriguing challenge for an organization that locally is far less a household name than its leading spokesperson — New England Patriots quarterback Tom Brady.
But it has made significant strides over the past several years, said Crowther, noting that the area she leads now boasts more than 800 members and 19 chapters involving colleges, high schools, and a few middle schools.
In Western Mass., the colleges are Mount Holyoke, Smith, Springfield, and UMass Amherst. Meanwhile, there are eight area high schools involved — Amherst, Athol, Chicopee, Minnechaug, Monument Mountain, Northampton, Pittsfield, and Westfield — and two middle schools, Amherst and Glenbrook, both in Longmeadow.
Crowther said her twin goals are to grow the number of chapters  — to the extent the budget will allow — and strengthen existing programs. This is what’s happening nationally and internationally for an organization started in 1989 by Anthony Kennedy Shriver and that exists with the ultimate goal of essentially putting itself out of business.
“We enhance the quality of life for people with IDD,” Crowther explained, “while striving toward our long-term goal of establishing a society in which people with IDD are so successfully integrated that our services are no longer needed.”
Best Buddies pairs non-disabled students (peer buddies) with individuals (participant buddies) who have intellectual and developmental disabilities such as Down syndrome, autism, William’s syndrome (a genetic condition characterized by medical problems, including cardiovascular disease, developmental delays, and learning disabilities), Asperger’s syndrome, and other conditions.
The Boston-area office of the organization opened in 1995, said Crowther, and as demand for such programs in the central and western parts of the state grew, an office to serve that large region opened in 2005. It operates with the same guiding principles as the others, and that overriding goal of creating learning experiences for all those involved.
The many benefits of the program can be seen in the findings of a study conducted at Yale University in 2005. “Best Buddy relationships appear to offer unique benefits to the psychological adjustment of adolescents with mental retardation,” wrote the physicians who conducted the study. “The frequency of contact [adolesecents with intellectual disabilities had with their non-disabled peer buddies] was associated with lower frequencies of peer victimization, better adaptive behavior, higher levels of self-esteem, fewer psychological symptoms, and increased socialization.”

Equal Share
They can also summarized in an annual survey of the Best Buddies program conducted by Michael Hardman, dean of the Department of Special Education at the University of Utah. Results of several recent years showed that:
• 90% of high school peer buddies and 86% of college peer buddies have a more positive attitude about people with intellectual disabilities;
• 80% of the participants with intellectual disabilities demonstrated improved social behaviors;
• 77% of special-education faculty felt Best Buddies heightened awareness of the special-education department and its students among other faculty and non-disabled peers;
• 74% of the participants without intellectual disabilities were more aware that people with intellectual disabilities can hold jobs; and
• 92% of high-school peer buddies (without intellectual disabilities) and 85% of buddies with intellectual disabilities viewed their Best Buddies experience as enjoyable. Meanwhile, 97% of college peer buddies and 83% of college buddies viewed their Best Buddies experience as enjoyable.
“As with any successful social movement, the key to reform is changing people’s minds and hearts,” Hardmann wrote. “By introducing one person with a disability to a peer who does not have a disability, Best Buddies Massachusetts meets the immediate need for socialization and effects long-term change in people’s attitudes toward those with intellectual disabilities.”
Ruszczyk said the Northampton chapter has grown and evolved over the past few years. When she joined, most members were seniors, and when she graduated, the chapter had just a handful of participants. But it has grown to nearly 50 over the past year.
Some of these members have buddies, but many do not (lack of transportation often makes it difficult to meet some of the requirements), and these individuals are essentially friends to all those with IDD, said Ruszczyk.
“They don’t look at not having a buddy as being a barrier,” she explained. “They went beyond that; they’re very social and friends with everyone.”
“We want to be as welcoming as we can,” she continued, adding that the chapter’s get-togethers are open to all students at the school, not simply members. Meanwhile, the Northampton chapter will collaborate with the one at Amherst High School on events to create larger gatherings that help build awareness of the organization and its many goals.
By building greater awareness, Crowther hopes to be able to take the Best Buddies model to more middle schools, high schools, and colleges in Western and Central Mass., and, ultimately, make her region self-sustaining.
Achieving this goal will require greater financial stability and flexibility, she continued, adding that Best Buddies Massachusetts provides most of the funding for the regional office, but grants have also been secured and several fund-raising events have been added in recent years to provide that stability.
A fashion show staged at Thornes Market in Northampton this past spring was one such activity, while a golf tournament, slated for later this month, is another. The most successful fund-raiser to date, however, is an endeavor known as Artistic Abilities, an event that showcases and various talents of area buddies. Artists from the community will partner with individuals involved with Riverside Arts Industries, an Easthampton-based organization that provides services to those with intellectual and developmental disabilities.
Moving forward, the organization wants to take its fund-raising activities to a higher level, she continued, but from a big-picture perspective, the success of best Buddies lies in relationship-building on a number of levels — with participating schools, area businesses, and the community at large.

Getting Together
Pasche will be attending Holyoke Community College this fall, with a specific course of study to be determined later. Ruszczyk, meanwhile, is just starting the process of looking at schools, and for now, she’s equally undecided about a career path.
One thing she has decided is that she wants to continue her involvement with Best Buddies. “I hope the school I go to has a chapter — I’m pretty passionate about it,” she told BusinessWest, to which Crowther replied that, if that institution didn’t, she could always try to start one.
But that’s down the road. For now, she and Pasche are focused on the summer, finding ways to stay in touch (a cell phone greatly facilitates that process), and building upon a friendship that has already provided some enduring memories and important lessons that will linger well beyond their time at Northampton High School.
And that, in a nutshell, is what Best Buddies is all about. 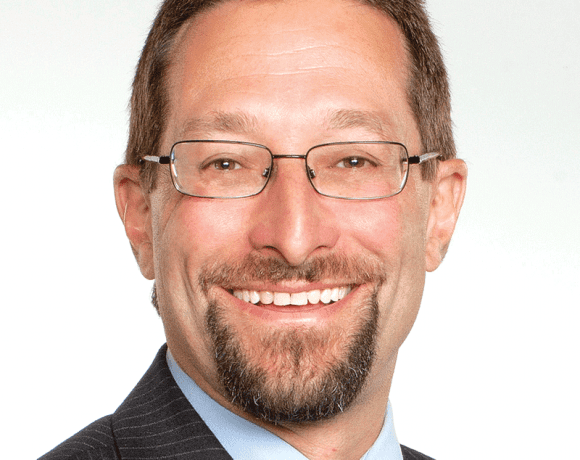 Business Plans Are Nothing