Will Falling Gas Prices Be Good for Business? 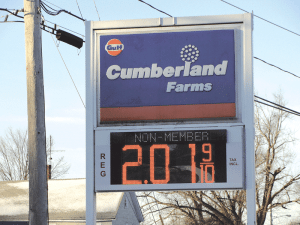 The downward trend in fuel prices has delighted consumers, but businesses have mixed thoughts when assessing the long-term impact.

In 2008, as gas prices hit $4 per gallon, the blame game heated up as well, with Congress berating oil-company CEOs for profiteering during an economic slowdown, and the execs sniping at Congress for restricting drilling and refining at home, contributing to a dependence on oil-rich but often-unfriendly foreign governments.

Caught in the middle of that exchange were average Americans, who — already buffeted by an economic crash that bled jobs and drained retirement portfolios — increasingly found themselves diverting money from other household needs in order to fill up the gas tank.

At the same time, businesses of all kinds were forced to make tough decisions, from retail stores pondering whether to pass hefty shipping surcharges to customers, to construction firms seeing profits shrink as the cost of fuel and supplies far outstripped what they had anticipated during the bid process.

Now that gas prices have reversed course and plummeted, even dipping below $2 for regular at many stations in Massachusetts, one would expect those trends to be reversed, giving businesses some reprieve from six years of sky-high rates.

“What I’ve found funny is that a lot of our paper suppliers — paper companies and different media outlets that make deliveries here — put on a gas surcharge,” said Steve Lang, president of Curry Printing in West Springfield. “But it never seems to come off. When we’re dealing with UPS, they’ll add their little surcharge in there for high gas prices, but it doesn’t come off when the prices come down.”

In fact, some analysts say the plunge in global oil prices will eventually affect small businesses in negative ways. Expected cutbacks and layoffs in the oil industry could be felt in related industries, such as the housing market in areas where petroleum companies operate, as well as restaurants and retailers that rely on oil-industry workers as their customers, Rohit Arora, CEO and co-founder of Biz2Credit, wrote in Inc.

“Lower oil and gasoline prices have many, many benefits for consumers and will likely help vitalize auto-industry sales and the spending of newly found disposable income,” he noted. “This is good news for small-business owners, of course. However, prices that are too low could eventually have serious negative implications longer-term.”

In short, while consumers are pleased with more money in their pockets, the impact on businesses of all kinds remains mixed, and uncertain.

Retail businesses are anticipating that more disposable income will trickle down as increased sales. But so far, that hasn’t happened at Big Y, said Claire D’Amour, the chain’s vice president for corporate communications.

In reality, she noted, “after 2007, people changed their shopping patterns; they became more thrifty. With more money in their wallets now, will we see that change? We did have robust sales for the holiday season, which we’re happy about. But is that a reflection of gas prices? It’s hard to be sure.”

In fact, consumers aren’t seeing lower prices at food stores, for reasons that extend far beyond the retail sector. According to the U.S. Department of Agriculture, recent food-production challenges include a cattle herd that’s been much smaller than normal, which affects beef prices, and poor weather in the West that has hindered certain crops. High wheat production, on the other hand, has kept cereal and bread pricing relatively stable.

Still, the U.S. Department of Labor reports that the Consumer Price Index (CPI) for all items rose just 0.8% over the past 12 months, the second-lowest rise in the past 50 years, exceeded only by 2008, the year financial markets — and the economy in general — spun into crisis. The 2014 CPI has much to do with energy costs, which fell 10.6% over the year, with gasoline falling 21%.

The drop is due mainly to the highest global oil production since 1989, but industry analysts differ when it comes to how long this period might last.

“Most of us in the industry are surprised that it’s fallen as hard and fast as it has,” Ryan Lance, CEO of ConocoPhillips, said at a meeting of the Center for Strategic and International Studies. “I don’t know that I have a real good answer to that question, other than it doesn’t feel like the fundamentals would support that kind of fall.”

Instead, Lance predicts oil prices will rebound faster than anticipated, as they did in 2009, on the heels of the Great Recession. “People were worried about the global economy, and prices went to $30, $40 a barrel, and just a matter of months later, it was back to $100 a barrel,” he said. “And that’s the kind of volatility we’re in.” 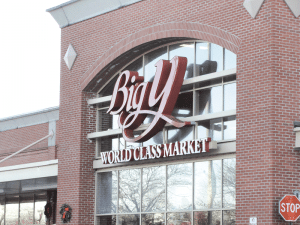 After a strong holiday season, Big Y executives are unsure how gas prices will affect consumer behavior heading into 2015.

On the other hand, Larry Zimpleman, chairman and CEO of Principal Financial Group, told the Wall Street Journal that he predicts the era of relatively tight supplies controlled by OPEC, and resulting high energy prices, to be coming to an end.

The reasons why are numerous, including continuing sluggish growth in both emerging and developed economies, reducing the demand for oil; new technologies, such as fracking, making previously shuttered oil fields productive once again, increasing the volume of oil coming onto the market; and continued incremental improvement in alternative sources of energy, like wind and solar. “Thus,” he said, “I think pressure is likely to remain on oil prices for an extended period.”

“It’s absolutely huge,” said Sweitzer, who has seven gas-powered vehicles in his fleet. “We’re lucky, because we decided to upgrade and give everyone a truck last year, which we’d never done before. Add in insurance and taxes and fuel, and it was a huge windfall to have gas prices go down. We drive big trucks that consume a lot of fuel; it’s a very big part of our expenses.”

He noted that some contruction-related industries — like road pavers, which use oil in their asphalt products — have clauses built into their contracts that protect against sudden increases in fuel prices, “but we’re the little guys, and people don’t typically do that with us. The airlines, for instance, pre-buy on their contracts, but we’re completely prey to the market.”

The drop in energy prices is equally welcome at other businesses that use a lot of gas, like commercial movers.

“In our case, there are two parts to our company,” said Rod Sitterly, president of Sitterly Moving & Storage in Springfield. “One would be local household and commercial moving. Gas prices have very little effect there because everything is local; the truck sits there for five hours, then goes two miles to its destination. So, for the local household and local commercial jobs, there’s very little effect. Some moving companies were charging a fuel surcharge for those moves, but we never did.

“The long-distance moves, that’s a totally different story,” he continued. “Obviously, fuel is a bigger segment of the cost. The major movers, the major van lines — we’re with Atlas, for example — for the moment, they have an 8% fuel surcharge that has been as high as 14%, so there has been a significant decline in that.”

He noted that this environment stems from the days when industry rates were regulated by the Interstate Commerce Commission, and companies were allowed to tag on fuel surcharges to reflect rising gas prices.

“Since deregulation, you can charge whatever you want, and over time, a lot of charges have gone away — but the fuel surcharge never did,” Sitterly said. “For long-distance moving, obviously it has a big effect. Even people moving themselves to Florida or someplace long-distances often don’t consider how much they’ll pay to get to their new location.”

Big Y, with more than 50 stores across the region, saw its fuel surcharges on produce trucked from California and other distant locales increase by $1 million in just six months in 2008, when oil prices shot up. While those fees are not an issue right now, D’Amour said, the company is not yet benefiting in other ways one might expect now that energy prices have fallen.

“In terms of our utilities, a lot of utility rates get locked in, so they’re not fluctuating,” she said, adding that the chain has also seen little decrease in production costs — say, for canned goods — passed down to retailers. “We’re not seeing reductions, but there’s a huge lag time.”

As for how less-expensive gas might change customer spending habits, she reiterated that Big Y, like other businesses, are still waiting for positive signs.

“There were lots of lessons learned from 2008 in terms of how people buy — ­whether they might splurge here or there [with extra cash] or pay off another credit card. Right now, it’s hard to tell.”

For others, like Sweitzer, the benefits are clear and immediate — and come with a political upside.

“Now that America is one of the largest oil producers, you feel good buying gas; it’s a win-win economically and culturally,” he told BusinessWest. “Everyone feels it. I’m sure a lot of people had a better Christmas because of the extra money in their pockets.” 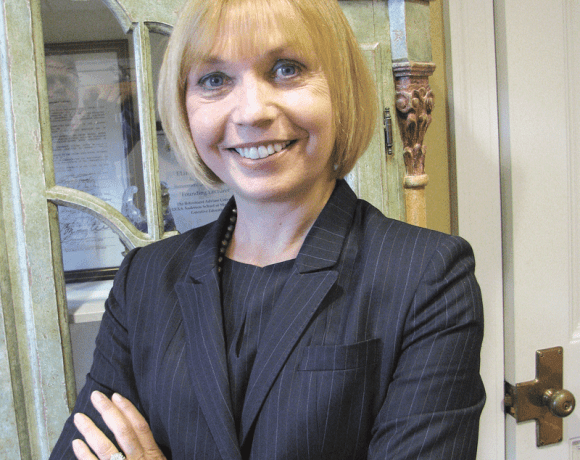