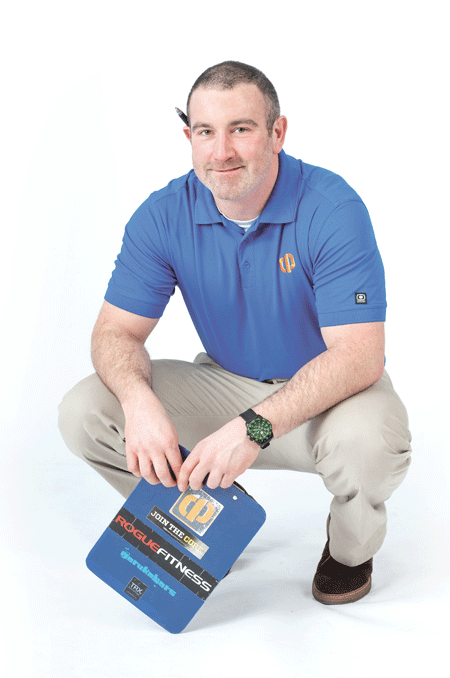 Geoff Sullivan is all about performance. It’s in his title and his company’s name, after all. But it took a few career stops before he set his eyes on his most challenging goal — entrepreneurship.

After studying exercise science at UMass Amherst, and a stint in the Corporate Wellness division of Yankee Candle, he became a fitness director for Healthtrax. At the time, Healthtrax was partnering with Altheus, an innovative business model for personal coaching. “I loved what they brought to the table,” he said.

In fact, he assisted in implementing the Altheus model in 12 Healthtrax facilities in seven states, growing fitness-related revenues by more than 600% in the process. He also created and implemented what’s known as the Small Group Coaching model in 15 facilities.

Eventually, he felt like he could bring his skills and knowledge to his own enterprise, so he left Healthtrax and opened Continuum Performance Center in East Longmeadow in 2011. It proved to be a smart decision, as the business has quadrupled in size since then.

“We are very, I don’t want to use the word ‘prideful,’ but if we are attaching our name to a fitness program, we’re going to give the best we have; we’ll give extra time, do something that wasn’t agreed upon, to reach our goals,” he said. “Our success comes quite literally from the fact that we put the program first, and people achieving the results they want.”

His business also pours energy into the Season of Giving, an annual effort around the holidays that raises money for organizations like Toys for Tots, the Western Massachusetts Food Bank, the Red Cross, and Habitat for Humanity. Sullivan gives of his time, too, such as working with his employees on a Habitat house build and visiting regions affected by Hurricane Sandy to assist with cleanup efforts.

That’s gratifying, Sullivan said, but so is his everyday work, because it changes lives.

“Each time someone achieves something they always wanted to but didn’t think they could, you see the pure elation on their face,” he said. “You were an integral part of that — you mapped it out for them — but they were the ones who accepted the challenge and put in the work and accomplished their goal.”