These are individuals who arrive, usually unannounced, at the offices of the Law and Business Center for Advancing Entrepreneurship in the Springfield Enterprise Center at STCC with questions — lots of them.

The queries vary, with subject matter ranging from business plans to branding, said Griffin Munnings, director of the center, who told BusinessWest that she expected walk-ins when the facility opened just over a year ago, but not the volume she has seen. She takes this as a good sign, an indication of the growing number of Springfield area residents starting their own businesses or pondering that option, and she is responding proactively.

In short, she wants to help individuals by not only providing answers, but also by offering insight into the questions that should be asked. It’s part of a broad expansion effort for year two of the center, created by Western New England College to provide real-life experiences for graduate law and business students while fostering entrepreneurship in the Greater Springfield area. The center pairs individuals in those academic programs with budding entrepreneurs — some of them located in the SEC’s incubators but many others from surrounding neighborhoods and communities — for semester-long projects on subjects ranging from marketing to legal entities.

While doing so, the center has also become a resource for entrepreneurs, said Griffin Munnings, with monthly programs and both answers and referrals for those walk-ins. To better serve the community, the center is introducing some new programs to put more information out to more people.

Steps include formal office hours at the center by a recently hired member of the faculty at WNEC’s School and Law and School of Business, during which entrepreneurs can have their questions answered. Also, a two-day event called the ‘How-to Entrepreneurial Institute,’ a business seminar with a wide variety of programs designed to provide entrepreneurs with basic information and resources is slated for late October.

Still another new program is something called the “Success Stories Speaker Series,” which, as the name suggests, will feature successful entrepreneurs, starting with Mestek President and CEO John Reed, telling their stories and hopefully inspiring others.

The sum of the new initiatives will serve to create a larger, better resource for area entrepreneurs, said Griffin Munnings. “We asked ourselves how we could better serve the community,” she explained, “and the answer was simply to get more information out.”

Summing up the center’s first year of operation, Griffin Munnings categorized it as a success, especially with regard to the process of linking fledgling business owners with law and business students. Entrepreneurs with ventures ranging from a restaurant to a book store; a sports drink to a transportation service called Youth on the Move were chosen for participation after filling out a lengthy application detailing their businesses and specific requests for assistance. The principals with those companies were provided assistance with such issues as which legal entity to choose, marketing and branding, and even creation of an employee handbook.

“It was a very successful start,” she said of the spring semester, noting that a dozen business owners were matched with students. “Several different kinds of questions and problems were resolved.”

While continuing this matching program, the center has also taken strides toward becoming a total resource for entrepreneurs and would-be business owners, said Griffin Munnings. An entrepreneurship speaker series was launched last year, and it continued this fall with a Sept. 12 program featuring Nadine Thompson, president and CEO of the beauty and wellness products company Warm Spirit, who spoke on the subject “Doing Well by Doing Good.”

That series will be complemented by “Success Stories,” which will start with Reed, who founded Sterling Radiator Company and later went on to acquire 30 operating companies he consolidated into Reed National. Subsequent speakers include Dennis Donovan, executive vice president of Human Resources for Home Depot, Fletcher Wiley, director of the TJX Companies Inc., and John and Steven Davis, former chairman and CEO and president and COO, respectively, of Lenox/American Saw.

“I think people are inspired by the ones who came before them,” she said. “Sometimes it’s hard for business owners to plod along … you start wondering, ‘is this actually going to work?’ Seeing people who have hung in there and done great things should be encouraging.”

The How-to Entrepreneurship Institute is another venture designed to inform and inspire, said Griffin Munnings. Slated for Oct. 27 and 28, the event will feature several seminars hosted by area lawyers, accountants, business owners, and officials with business-assistance groups such as SCORE and the Mass. Small Business Development Center. Specific programs include, ‘How to Start a Business,’ ‘How to get Money,’ ‘How to Protect Your Ideas,’ and ‘How to Get the Help You Need.’

The keynote speaker will be Dan Elias, a news anchor and reporter on TV-22 and president of Zunafish.com, an online media trading Web site.

Another new program at the Center for Advancing Entrepreneurship will be office hours with Robert Statchen, recently appointed as an assistant clinical professor of Law and professional educator in the School of Business. As a joint appointee to both schools, he will teach and advise law and M.B.A. students at the center’s small business clinic. He will also answer questions and offer guidance (four hours a month) to entrepreneurs on subjects that can be addressed in a few minutes or hours, not a full semester’s worth of work by a law or business student. 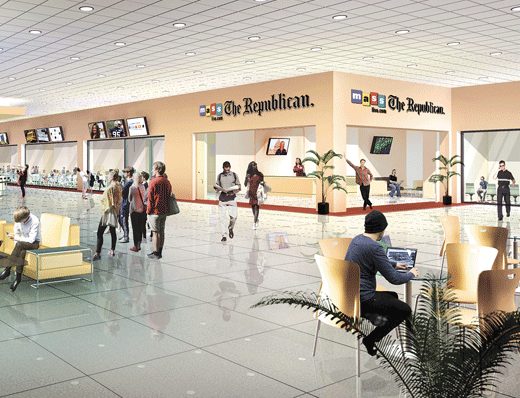 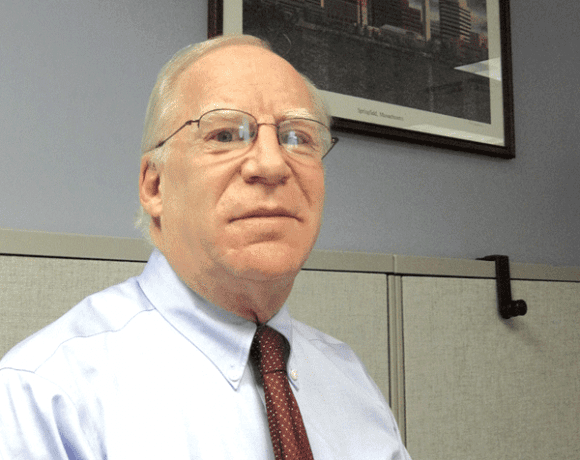