By BusinessWest Staff February 6, 2006 1003
Museums 10 picked a unique subject for its first endeavor as a formal organization – Dutch culture. More notable than the topic from which the museums and several other groups and businesses will derive inspiration, however, is the increasingly expansive nature of the Go Dutch! program, which is spanning the region and attempting to break down invisible barriers between the counties of the Pioneer Valley.

Unpack your tulip vase and dust off your wooden shoes … it’s time to Go Dutch.

In less than a month, a multi-organization, cultural exhibit will kick off in the Pioneer Valley, offering art, music, literature, floral, and other programs to the public, all centered on the theme of Dutch culture and both the modern life and historical relevance of The Netherlands.

What makes this project different from other cultural exhibits, however, is that it involves several non-profit organizations and for-profit businesses, serves as the first major program spearheaded by a new partnership between 10 Hampshire and Franklin county museums, and will run for several months, drawing in visitors from both the local area and surrounding cities and states.

And it is expected to break through the ‘Tofu Curtain.’

That’s what some people call the invisible line that separates Hampden from Hampshire and Franklin counties, and often stalls cultural partnerships between them. A joke referring to Hampshire and Franklin counties’ reputation as the more liberal and artsy portion of the Pioneer Valley, and to Hampden County’s more industrial identity, the Tofu Curtain gives some levity to a very real issue in the Pioneer Valley — the disconnect between many cities and towns in terms of the cultural tourism initiatives of the region.

Nora Maroulis, director of Development and Marketing for the Eric Carle Museum of Picture Book Art and a member of the marketing team of Museums 10, a cultural partnership launched last year, said the primary goal of the organization’s first major project, Go Dutch!, will be to promote the cultural gems of the Pioneer Valley as a whole, not separated by town lines.

“This project is completely unprecedented,” she said. “Chambers of commerce in Franklin, Hampshire, and Hampden counties are all sitting at the same table, along with the GSCVB (Greater Springfield Convention and Visitors Bureau), several organizations, and businesses across the region. And we’re all talking about one thing: tourism.”

Museums 10 was officially launched last year, following many years of successful partnerships on a less formal level among the museums’ directors.

The organization now consists of seven college museums, all located on the ‘Five College’ campuses in Amherst, Northampton, and South Hadley: The University Gallery at UMass, Amherst; the Mead Art Museum, Emily Dickinson Museum and Homestead, and Museum of Natural History at Amherst College; the Hampshire College Art Gallery; the Smith College Museum of Art, and the Mount Holyoke College Art Museum.

Two independent Amherst museums – the Eric Carle Museum of Picture Book Art and the National Yiddish Book Center – and Historic Deerfield complete the group, and a suite of materials promoting the museums as one set of attractions was also created last year.

Maroulis explained that the marketing professionals of each museum were asked by the museums’ directors to begin meeting on a regular basis, as the directors had with some success.

“You put a group of marketing directors in the same room, and it’s inevitable that some major brainstorming is going to happen,” she said.

The first byproduct of such brainstorming is Go Dutch!, a region-wide exhibition of Dutch art and culture that will be anchored by a traveling art exhibit slated to appear at the Eric Carle Museum from March through July, titled Dutch Treats: Contemporary Illustration from the Netherlands. The other museums in the organization will also hold exhibits, performances, and other events in keeping with the same Dutch theme.

However, as Maroulis was quick to note, not only Museums 10 galleries will be participating in Go Dutch! – museums, businesses, and other venues across the Pioneer Valley have pledged their support and participation, creating a partnership that is a first in the area.

In addition to Museums 10, more than 25 businesses and organizations across the valley are slated to offer some type of exhibit or event in keeping with the Go Dutch! theme, including the Springfield Museums, Chandler’s Tavern and Yankee Candle in South Deerfield, the Springfield Armory, the Springfield Symphony Orchestra, the UMass School of Architecture and Regional Planning, the Log Cabin, the Paradise City Arts Festival, and several others.

Rediscover the Spring and Summer

Maroulis said the number of participants continues to grow as the start date for Go Dutch! nears, and added that in addition to the growing numbers of participants across the valley, other aspects of the project are expected to factor into its overall success, including the ever-important issue of economics.

“We didn’t want the museums to create new programs for Go Dutch!, because creating programs costs money,” she explained. “Instead, we asked them to look inward at their existing collections for art work or potential performances and events that would fit the theme of Dutch culture or the Netherlands.”

To that end, several museums, including the Mead Art Museum and the Springfield Museums, will showcase paintings or sculpture by some of the Dutch masters, including Rembrandt and Vermeer, and the botanical gardens of Smith and Mount Holyoke Colleges, for example, will use their existing stores to create Dutch-inspired flower and plant shows. But all of the planned programs are unique in their subject matter, and include a wide-range of topics, for instance:

Some funding for the various programs as well as advertising for the Go Dutch! project was made possible by a matching grant from the Mass. Cultural Council (MCC), which provided $50,000 to Museums 10 that the organization must match with cash or in-kind contributions.

As the program continues to grow across the region, said Maroulis, Museums 10 is focused on recruiting more for-profit businesses to serve as partners or sponsors with the museums and other cultural outfits comprised in Go Dutch!, in order to ensure those matching grant funds are secured and also to underscore the importance of cultural tourism to the Pioneer Valley’s overall economic health.

“We’ve already seen programs like this succeed in other areas,” she said, noting as an example a recent county-wide endeavor in the Berkshires, titled the Vienna Project. “In that case, businesses and restaurants were very involved, and we want to mirror that involvement here.”

Christine Noh, marketing manager for the Eric Carle Museum, added that not only would the involvement of more for-profit businesses benefit Go Dutch!, but the program can also provide some unique marketing opportunities for those businesses.
“This is a groundbreaking project, and some savvy business owners, particularly in the small business sector, have been quick to jump on board,” she said. “Go Dutch! is going to get a lot of play up and down the I-91 corridor, but also outside the area in key markets like Boston and New York.”

Noh explained that, in addition, a lengthy booklet is being published by Museums 10 that features all partnering organizations and businesses, as well as a ‘passport’ program that allows visitors to Go Dutch! exhibits to receive stamps that make them eligible for an all-expense paid trip to the Netherlands. There are advertising opportunities within the booklet, which will be distributed throughout the Pioneer Valley and outside of the area as a visitor’s guide.

“We’re trying to remind people that live here of what is so great about the valley, and of everything we have to offer culturally,” said Noh, “but we’re also working to bring new tourism in. Several small business owners have been very responsive to that goal, and the hotels are joining us quickly, too. We have a core group of people who understand the value of cultural tourism that is very strong.”

Still, Noh and Maroulis agreed that to give Go Dutch! that final push, greater involvement from some of the area’s larger companies is necessary.

“Businesses need to understand that the cultural and academic organizations of the area bring in more than 500,000 visitors to the area a year,” said Noh. “That’s a lot of people who will come back, or better yet, stay, if they like what they see.”

Maroulis added that Museums 10 is sensitive to the financial obligations of for-profit organizations, but added that in terms of Go Dutch!, the positive marketing opportunities could outweigh economic factors and also give many businesses a boost.

“We would like very much to see some of the larger employers in the area become corporate sponsors,” she said. “With the support we’ve received from the GSCVB and from the MCC, we have been able to be very successful very quickly with branding ourselves as a permanent fixture in the area, and Go Dutch! is sort of the big event that is heralding the arrival of Museums 10.

“We’re not going anywhere … and we want to work with major businesses to increase the visitorship to their stores or increase awareness of their services, as much as we want to promote ourselves,” she continued. “It all helps us work toward the same goal – benefiting and promoting the place we call home.”

A home she hopes will soon include more open doors and windows of opportunity, unfettered by curtains of any kind. 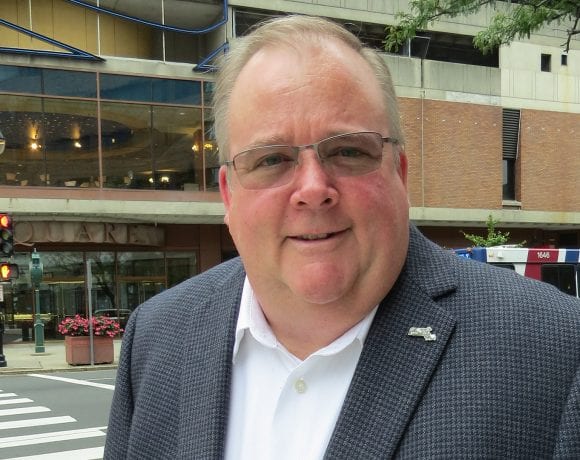 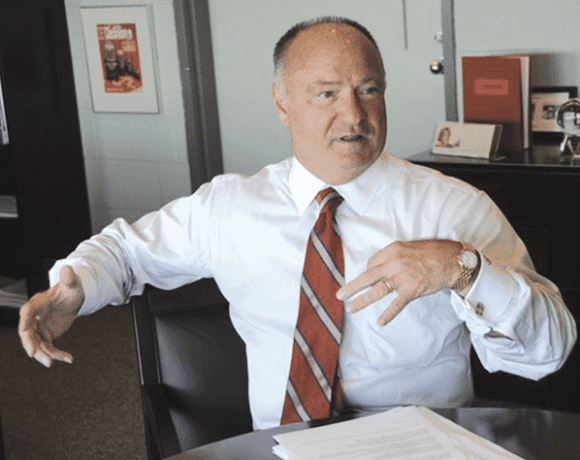