James Wawrzyk says the mulch business soars in the spring, and the colder months are spent preparing for the inevitable surge.

James Wawrzyk is a successful entrepreneur twice over, after starting his second business specifically to meet a need in his first.

That initial company was Growing Concern, a Wilbraham-based landscaping firm he launched in 1981, offering a wide range of outdoor services, from lawn installation to irrigation; from fertilizing to tree and shrub maintenance.

One of those services was applying mulch, but he had grown frustrated at the quality of the products he was encountering. “People were cutting topsoil with sand and cutting bark mulch with wood and ash. I guaranteed my work, so I needed to start off with the best products available. So I started Mulch-n-More in 1996 to supply my own landscaping company with quality material.”

He soon recognized that processing and selling mulch was a huge business opportunity in itself, so he eventually transitioned out of the landscaping field to grow Mulch-n-More, also based in Wilbraham, full-time.

“What I realized was, these customers I was supplying through Growing Concern, their neighbors wanted material — quality material — and that’s what ended up happening.

“What we do is bring in the raw material — 100% bark — and grind it. We add nothing to it,” Wawrzyk went on. “By doing the processing ourselves, we eliminate the middleman, so no foreign matter is added to the bark. From start to finish, we make sure it’s 100%.”

Bark contains a natural insect repellent, which is one reason many homeowners prefer it to wood-pulp-based mulch, while others are just looking to save a few bucks with cheaper products.

“It’s the almighty dollar — people are trying to save money. But when you buy these products that aren’t bark, they can run into trouble with mold spores, insects, and termites,” he noted. “The biggest problem now is called artillery fungus, which comes from the decomposition of green, rotting wood, and it shoots mold spores, which are nearly impossible to remove. They’ll stick to cars, houses, and if they get in vinyl siding, you can’t take it off.”

Despite these considerations, however, most customers come in most concerned about color. Wawrzyk enjoys educating them on the different aspects of each product beyond the shade.

“Cedar has the highest percentage of insect repellent, and is fastest to fade, but slowest to decompose. Just like with cedar fence, clapboard siding, or shingles, cedar has the longevity,” he explained.

“Hemlock is what we call a rusty red color. Sable is a dark chocolate brown,” he went on. “Spruce is a dark brown, and it holds the color the longest of all the natural barks.” 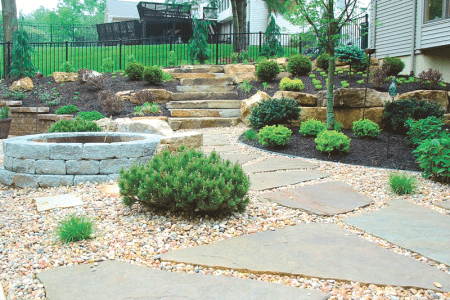 For customers who value long-lasting color above all else, Mulch-n-More carries a dyed wood-fiber product, in red or black, that keeps its color longer than natural bark. “The dyed material we carry is kiln-dried and then dyed with FDA-approved food coloring; it has only 12-18% moisture content, so there are no worries about mold spores, insects, or termites.”

The company also carries topsoil — a clay-based product that holds moisture well — and stone products for decorative landscaping, drainage, patio base material, and other uses.

The landscape-supply business is an oddly paced one, said Wawrzyk as he brought BusinessWest to a large dirt lot where a loader was scooping huge piles of raw bark into a machine that grinds it into much finer pieces. The vast majority of all purchases are made between April and June, when homeowners are focused on their yards, and it’s impossible to know when the first flood of orders will pour in.

“The weather has a lot to do with mulch,” he noted. “Most people are not going to put mulch down until they’re done cleaning out their yard. Some people, though, always order the second week of April, and that’s when they’ll be mulching, hell or high water. Mostly, it’s based on weather. So that’s tough for us; we have to be ready no matter what happens. And when Mother Nature says ‘go,’ we’re ready.

Last year, for instance, the mulch season started much earlier than usual after a mild winter. Two years ago, however, the region was slammed with snow, and landscape-related businesses dealt with a later start.

Customers are split almost 50-50 between landscapers and homeowners, he said, adding that orders from landscaping companies are easier because they bring their own trucks. Still, Mulch-n-More delivers mulch, priced by the cubic yard, to more than 30 towns throughout the region — often well over 50 deliveries a day during peak season.

There have been many peak seasons in the two decades since Wawrzyk started processing and selling his own mulch, although the economy can often cause ripples — and larger waves — through this industry. “We flatlined in 2008 like everyone, but we’ve had a steady increase ever since then. More homeowners are convincing themselves that mulch is an easy way to improve a yard.”

They also understand that the more mulch they use, the less mowing and lawn maintenance they need to do.

“Mulch is expensive, but it is not as expensive as maintaining turf grass,” he told BusinessWest. “If you want to make your backyard a garden paradise, mulch or stone will be the biggest complement to your shrubs and flowers — if you use the right mulch, they’ll really pop.”

After 36 years in the landscaping field, Wawrzyk finds himself learning new things, especially the growing importance of social media in raising the company’s profile. But he’s also a believer in old-fashioned customer service.

“We have a good customer base; they tend to come back every couple years,” he said. “And I’m still the primary person they talk to. When people call, I answer the phone. And when we say we’ll be there, we will be there.”

Are You Protected Against Cyber Theft? 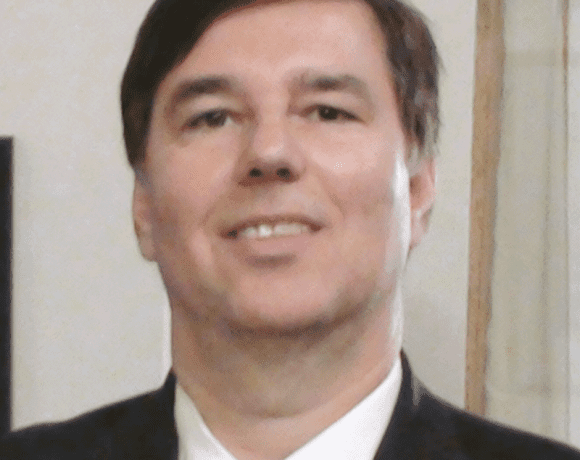 Are Great Salespeople Born or Made?