For several years, Serv-U didn’t refer to just one store or a chain of stores; it referred to an entire intersection of stores that sold everything from auto parts to baby furniture.

The business has been a household name in the region in 1954. Once, Serv-U included several locations across Western Mass. including Westfield, Springfield, and Northampton, and in Enfield, Conn., and remained as such until 2001, when the decision was made among members of the family business to sell all remaining locations in favor of operating one store, on St. James Avenue in the eastern section of Springfield. That store now focuses on two of the company’s strongest niches — its locksmith shop, and a design center that sells interior design and maintenance supplies.

“The old model was very susceptible to competition,” said Steve Horowitz, who oversees the locksmith division of the company. “We identified the two areas where we’ve always done well — areas that are service oriented, which means the big box stores can’t do what we do.”

While they choose to keep specific numbers to themselves, Horowitz said that, over the past five years, or since the decision to downsize was made, Serv-U has thrived, advancing forward with a business model that remains focused on service.

In 2001, Horowitz said it was already abundantly clear that remaining an all-purpose hardware store in a region increasingly saturated with lower-cost, higher-volume retail stores such as Lowes and Home Depot was not viable. So, Serv-U stopped selling many of its product lines that could no longer effectively compete, among them plumbing supplies, power tools, garden equipment, and traditional hardware. The baby furniture — sold primarily at Serv-U locations called ‘Baby Castles,’ survived for a time, but another national juggernaut – Wal-mart — contributed to that venture falling by the wayside, too.

The locksmith and security services were conversely expanded, as was the design center that sells paint, wallpaper, window treatments, and other home improvement supplies, which require a fair amount of expertise on the part of staff, in order to assist customers. Many of those supplies are also available for purchase online at Serv-U’s Web site.

Serv-U now offers the sales and service (with the help of a six-van fleet) of door locks, high security locks, and safes, with those services ranging from re-keying and master-keying; lock installation and repair; recombination of safes; automotive services, and the installation of doors, security systems, and safes.

“Our people really know their stuff,” said Horowitz. “We picked two service-heavy areas in which to concentrate, and it’s working.”

Horowitz added that, especially in terms of the locksmith services, that growth and profitablity is due largely to the company’s ability to hone in on evolving technology and offer the most current products and services to customers. It’s a direct effect, he said, of abandoning less-profitable aspects of the business in favor of those that have historically brought the greatest return.

“The growth and success continues to build because we’ve been able to keep up with technology,” he said. “We’re keeping our employees trained, and investing in equipment we need to stay current.”

One area that sees brisk business is in the area of car key duplication, which in recent years has taken a technological turn: many vehicle keys now come equipped with computer chips, which require a special process of duplication.

But more importantly, that emphasis on evolving technology has also allowed Serv-U to expand its commercial business, working with office suites, government facilities, restaurants, schools, and other organizations to provide state-of-the-art security and lock systems. Currently, about 70% of the company’s client-base is represented by commercial accounts.

“The commercial work that we do requires today’s technology,” said Horowitz. “Our customers need the proper security.”

In the industry, he said, that’s often referred to as access control, calling attention to the fact that locksmiths are far from being key-cutters.

“Keys are never going to go away,” Horowitz said. “They’re an easy, inexpensive security measure that works. But access control offers a number of security combinations. We can provide card-swipe systems, that tell the lock to open for a specific person, or, if someone’s been bad, to not open for a specific person. They can also be programmed to do certain things at different times of the day.”

Beyond that, Horowitz said many security systems provide printed ‘audits,’ detailing who opened a door and when, or even if a person tried to open a door, and when.

But it’s not just the cool factor that keeps Serv-U in business. Horowitz explained that the ability to garner additional commercial accounts through the development of more sophisticated services and offerings has also allowed Serv-U to increase its percentage of repeat business.

“You put a deadbolt on someone’s house, they don’t really have much more need for your services at that point,” he said. “But in the commercial sector, there’s an ongoing need due to employee turnover, new staff, and maintenance on security systems and safes, among other concerns.”

Horowitz noted that smaller locksmiths will always have a job — there is a need for new keys and less sophisticated-security systems.

“Locksmiths are specific tradesmen,” he said. “You can’t go to a hardware store to get the expertise we offer.

“This is an evolving industry,” he continued, “ and that keeps things exciting, because we are evolving with it.” 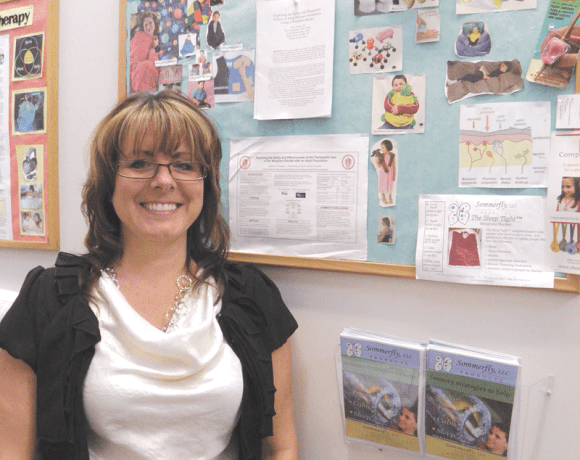