MassDevelopment has provided an $800,000 loan to Eagle Mill Redevelopment, LLC, which is using the proceeds to redevelop the former Eagle Mill and surrounding parcels in Lee into a mixed-use complex featuring 128 residential housing units and 14,000 square feet of retail and office space.

The developer used loan proceeds and additional financing from Adams Community Bank to buy 10 adjacent properties that will be combined and subdivided into six separate parcels for future redevelopment. Construction on the project, which is expected to cost approximately $55 million, is slated to begin in the fourth quarter of 2021, with its first phase completed within 14 to 18 months.

“A priority of the Baker-Polito administration is to breathe life back into underutilized factory and mill buildings that were once integral to the Commonwealth’s industrial success,” said Housing and Economic Development Secretary Mike Kennealy, who serves as chair of MassDevelopment’s board of directors. “These properties are uniquely situated for redevelopment into mixed-use communities that accelerate economic growth and expand housing opportunities, and we were proud to deliver a $4.9 million MassWorks award to facilitate needed infrastructure work at Eagle Mill. MassDevelopment’s contribution of loan financing advances the transformation of the site and complements the other state, local, and private investments.”

“Bringing additional housing, businesses, and jobs back to Eagle Mill, a defining site in Lee’s industrial history, will be an important part of the community’s next chapter.”

Built in 1808, Eagle Mill is located along the Housatonic River in Lee. In the later part of that century, Lee was the national leader in papermaking and home to 25 paper mills. As operations dwindled, Eagle Mill closed in 2008 — resulting in the loss of 165 factory jobs — and has remained vacant since. The town received a $4.9 million MassWorks Infrastructure Program grant in 2018 to upgrade the water main in the town and install 9,000 linear feet of new water main to the development site, allowing the Eagle Mill project to move forward. The project is also supported with both state and federal historic tax credits.

“Bringing additional housing, businesses, and jobs back to Eagle Mill, a defining site in Lee’s industrial history, will be an important part of the community’s next chapter,” MassDevelopment President and CEO Dan Rivera said. “MassDevelopment is proud to be a financial partner in Eagle Mill Redevelopment, LLC’s plans to unlock the economic potential of this property.”

Jeffrey Cohen, the lead developer in the Eagle Mill redevelopment, has been involved in the project since 2012. He has done similar, large-scale historic restoration and redevelopment projects in Washington, D.C.; Portland, Maine; and St. Paul, Minn. DEW Construction, another partner and the project’s general contractor, brings similar experience and expertise to the effort, with projects of more than $150 million each year.

“It is incredibly fortunate that MassDevelopment has so many tools by which they are able to enhance the likelihood of our project’s success,” Cohen said. “They provide financing for predevelopment, amongst other things, which is otherwise so difficult to obtain, making their support invaluable to our project. The essential turning point that will lead to the project’s ultimate success was, and is, the approval by then-Secretary [Jay] Ash and MassWorks of the $4.9 million grant to the town of Lee, enabling the replacement of the water line to the mill, without which we would not have been able to move forward.”

MassDevelopment, the state’s finance and development agency, works with businesses, nonprofits, banks, and communities to stimulate economic growth across the Commonwealth. During FY 2020, MassDevelopment financed or managed 341 projects generating investment of more than $2.69 billion in the Massachusetts economy. These projects are estimated to create or support 10,871 jobs and build or preserve 1,787 housing units. 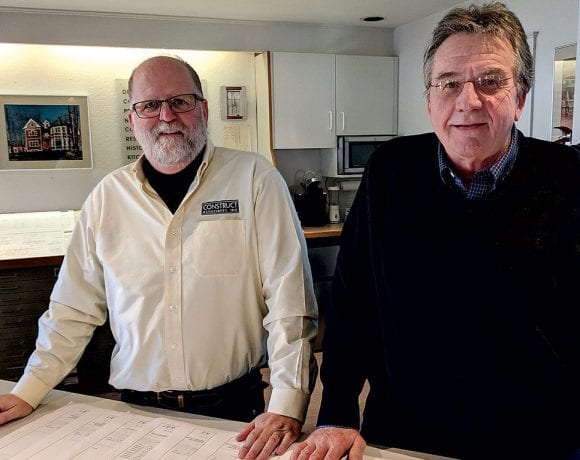