Mistakes in Classifying Your Workers Can Be Costly

Even prior to the pandemic, the ‘gig economy’ was growing at unprecedented rates. That growth has only been accelerated with more traditional companies relying on remote workers and hiring more contractor workers. Freelancing is big business, with nearly $1 trillion of income generated. However, although that total number is impressive, independent contractors earn 58% less than full-time employees (FTEs), and more than half don’t have any employer-provided benefits. 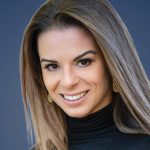 “From a business perspective, there are advantages and disadvantages to how a company classifies its workers.”

Some tax advantages to hiring independent contractors include the ability to avoid several tax obligations that apply to employees. For example, a company generally isn’t required to withhold federal or state income taxes, pay the employer’s share of Social Security and Medicare (FICA) taxes, withhold the workers’ share of FICA taxes, or pay federal or state unemployment taxes.

In addition, companies that use contractors may avoid other obligations, such as the requirement to pay minimum wages and overtime under the federal Fair Labor Standards Act and similar state laws, furnish workers’-compensation insurance (in many states), make state disability-insurance contributions, or provide employee benefits.

Keep in mind that simply having a written agreement or labeling a worker as an independent contractor doesn’t make them so. The IRS and other government agencies look at all the facts and circumstances to determine whether workers are misclassified.

When someone is hired, they must be classified as either an employee or an independent contractor. Here’s how the IRS determines worker status.

If the company has a great deal of control over the behavior of the worker — for example, where they work, when they work, or how they perform their jobs — the worker should be classified as an employee. If the company is giving the worker evaluations, conducting extensive or ongoing training about procedures and methods, or demanding that the worker attend daily meetings or set hours, then the worker is more likely an employee. Independent contractors will customarily set their own hours, decide on how to implement a project, and dictate where they work.

If a company provides equipment for the worker (tools, software, computers, phone, etc.), often reimburses expenses, and/or pays on regular and ongoing basis, then the worker is more likely to be an employee. The IRS clarifies by considering the following:

• Significant investment in the equipment the worker uses in working for someone else;

• Unreimbursed expenses, which independent contractors are more likely to incur than employees;

• Opportunity for profit or loss, which is often an indicator of an independent contractor;

• Services available to the market, as independent contractors are generally free to seek out business opportunities; and

• Method of payment. An employee is generally guaranteed a regular wage amount for an hourly, weekly, or other period of time even when supplemented by a commission, while independent contractors are most often paid for the job by a flat fee.

Perception of the relationship is considered, but the interactions between workers and employees is what ultimately defines the relationship. Written contracts are considered; however, an employer cannot classify their workers as independent contractors when they, in fact, treat them like employees. If the company is providing employee benefits, insurance, paid time off, sick days, or pension plans, then the worker is most likely an employee.

Another area to consider is the permanency of the relationship. Employees are more likely to be hired indefinitely, and either party can terminate the relationship at any time, for any legal reason. Independent contractors’ rights are subject to a contract.

The consequences for misclassifying employees as independent contractors can include IRS penalties and other non-tax implications. The IRS may assess back taxes against the company and demand that the company pay the employees’ share of unpaid payroll and income taxes, regardless of whether or not the independent contractors met those tax obligations. Companies can also expect to pay IRS penalties and interest. Further, workers can file a lawsuit against employers to demand back pay, overtime, and benefits.

The potential tax and non-tax savings do not outweigh the significant cost of misclassifying workers. It’s important to review your hiring policies, even if you are comfortable with your classification of current workers, to ensure that you are meeting all applicable standards for classification. Talk with your advisors if you believe you may have misclassified an employee or have questions about the standards.

Giving Yourself a Gift

Board Responsibility and the Form 990

And Investors Should Expect the Roller-coaster Ride to Continue