Tony Martino and Ted Jarrett at the Old Mill, the building they’ve recently converted into a banquet house and B&B.

It’s easy to find — only minutes off I-91 and now painted a bright yellow — but still tucked away and somewhat hidden.

The Old Mill on the Falls, an imposing building that towers over the Mill River in Hatfield, has a long, colorful history as an industrial center in Western Mass., dating back to the mid-1600s. Today, however, it has a new, intriguing life in the hospitality sector.

Once a mill for grain serving early settlers and later home to a bustling gun manufacturer, the mill had been vacant for several years, awaiting a new purpose. And after years of waiting and watching, Tony Martino, an executive chef and restaurant owner, and Ted Jarrett, a veteran of the hospitality sector, have created one.

Martino, the mill’s new owner, and Jarrett, who will manage the property, have established a unique banquet facility and bed and breakfast following months of renovations that were completed earlier this month.

Purchasing and refurbishing the Old Mill has been a dream come true, said Martino. He and Jarrett are already seasoned Springfield-based business owners – Martino owns the Fantastico Café downtown, while Jarrett, until recently, owned and operated the Maple Heights Bed and Breakfast, and continues to operate the Berkshire Folkstone Bed and Breakfast Reservation Service in Springfield.

They said they had long envisioned a distinctive space with a New England flair that could serve as a home for Martino’s eclectic cuisine, as well as a new destination for travelers visiting Western Mass. Martino and Jarrett had their eyes on the Old Mill for some time, but said that, until recently, the property was priced out of their reach.

Legend of the Falls

The Old Mill has a rich history that certainly adds to its appeal. Built in 1881, the three-story building was constructed on land that served as one of the first settlements in the Connecticut River Valley. Thomas Meekins, a miller, was granted the land on the Mill River in 1661, in order to use the river’s natural water power to grind grain for the local community.

In the mid-1800s, miller Harvey Moore purchased the site, and following the Civil War it became a center of activity as the manufacturing sector grew in the area. The Crescent Pistol Company was established on the north side of the falls, and it later became the Shattuck Gun Shop; that business operated at the site for 35 years.

The original mill, however, was destroyed by fire, and what is now known as the Old Mill on the Falls was constructed in its place. From 1881 to 1932, the building housed several businesses, including the Shattuck Gun Shop, a lathe-manufacturing business, and a manufacturing facility for automotive spark plugs. In 1932, it was purchased for use as a gristmill, then sold again in 1965 to serve as home for an antiques dealership. Finally, from 1980 to 2000, the Old Mill served as the headquarters for Advocate Newspapers, now located in the Eastworks building in Easthampton.

Despite its proud industrial history, though, the building that overlooks a man-made waterfall remained vacant for five years after The Advocate moved. Martino and Jarrett, interested in the property since it first went on the market, kept a close watch over the mill and its sale price as it gradually declined, until 2005 when, for just under $600,000, Martino bought the building. Jarrett signed on as the property’s manager soon after.

“When we bought it, the inside was just wide open space,” said Martino. “It needed a lot of work … a lot more than a paint job.”

Martino said he and Jarrett put about eight months of work into the building, and opened for business officially just this month. The Old Mill now serves as a full-service bed and breakfast, with nine rooms – each unique, furnished with antiques from various locales and periods, and each with a private bath.

With the hope of attracting a diverse set of guests, rooms at the Old Mill are also priced reasonably. With what is expected to be the inn’s busiest season, the foliage months, just around the corner, rooms rates are between $100 and $125. There is a handicapped-accessible room on the first floor, and an ‘animal friendly’ room as well. Another plus, though, are the rooms with waterfront views. And at the Old Mill, that’s all of them.

Martino and Jarrett will also host weddings, rehearsal dinners, receptions, showers, private parties, and corporate functions for 20 to 60 people, and it’s in this arena that they hope to truly stand out, filling a niche as a distinctive venue that caters to more-intimate crowds.

“We’re hoping to specialize in banquets and showcase many different types of cuisine,” said Martino, a native of Italy who was trained at the Italian Culinary Institute. “Italian cooking will definitely be featured, but we’re well-versed in other things.”

In addition to a varied menu, Jarrett added that the Old Mill’s ambience is expected to be an equally strong draw for potential guests and banquet service clients.

“We’re nestled in a quiet area,” he said, “and we have room to fully accommodate many different types of events, but without feeling too cavernous. I think the bed and breakfast is also going to be a great fit for college parents visiting their children in the area, younger people, or weekend travelers.”

The finishing touches were put on the B&B’s rooms only days before the Old Mill opened. Jarrett and Marino are hoping for a brisk opening season, one that introduces the property to a wider audience, and adds a new chapter to its compelling story.

How Are You Invested? 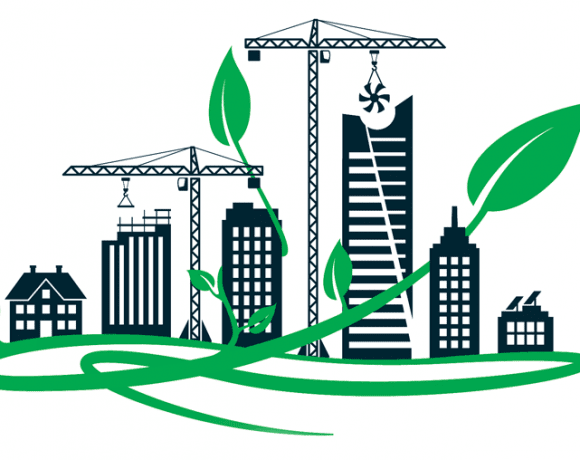