It wasn’t so long ago when people were questioning MassMutual’s commitment to Springfield.
In fact, by last summer, the drumbeat that the financial-services giant was in some ways turning its back on the city were getting pretty loud.


That was after a number of workforce reductions and the departure of its Barings subsidiary, leaving considerable vacant space in Tower Square, and then the announcement that Tower Square itself, the office tower and retail center that MassMutual built nearly a half-century earlier, was going on the market. 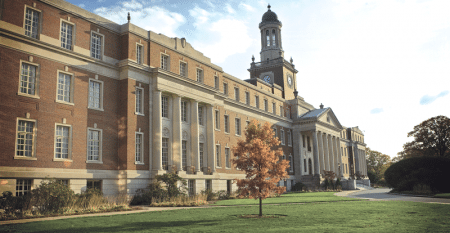 The company, which has had a presence in the city for more than 160 years, pretty much put all that speculation to rest on Thursday when it announced a major expansion in Massachusetts, including a $50 million expansion of its facilities in Springfield. The company will close its Enfield facility and move the 1,500 or so people there to Springfield; overall, the number of people the company employs in Springfield will rise from 3,000 to 4,500.


MassMutual is closing other offices in North Carolina, New Jersey, Tennessee, and Pennsylvania, and plans to build a new Boston campus on Fan Pier that will employ about 500 people.


It’s not Amazon and its second headquarters facility (Boston is still in the running for that), but it’s major victory for both Massachusetts and Springfield.


Indeed, MassMutual’s bold announcement says a lot about the attractiveness of the Bay State as a home for business (it has gone a very long way toward losing the tag ‘Taxachusetts’), and also about its commitment to the city and its future.


On one level, the company’s moves come down to consolidating, cost-cutting, and making the most of its existing infrastructure. But it could have done this in many ways and in any one of several states and cities.


It chose the Bay State and Springfield for a host of reasons, from the quality of the workforce to incentives provided by the state, to a commitment to the city (Springfield) where it was founded.


Moving forward, this move will become still another strong selling point for Boston and the state as it pursues Amazon and a host of other corporate giants (it landed GE two years ago). And it will give Springfield something else to boast about as it continues its revitalization and prepares to move aggressively to tell that story to the rest of the world.


Like we said, those questions about MassMutual and its commitment to Springfield have been put to rest in dramatic fashion.

HCC Gateway to College Program Number One in U.S.

Farmers Market to Open at STCC on July 8