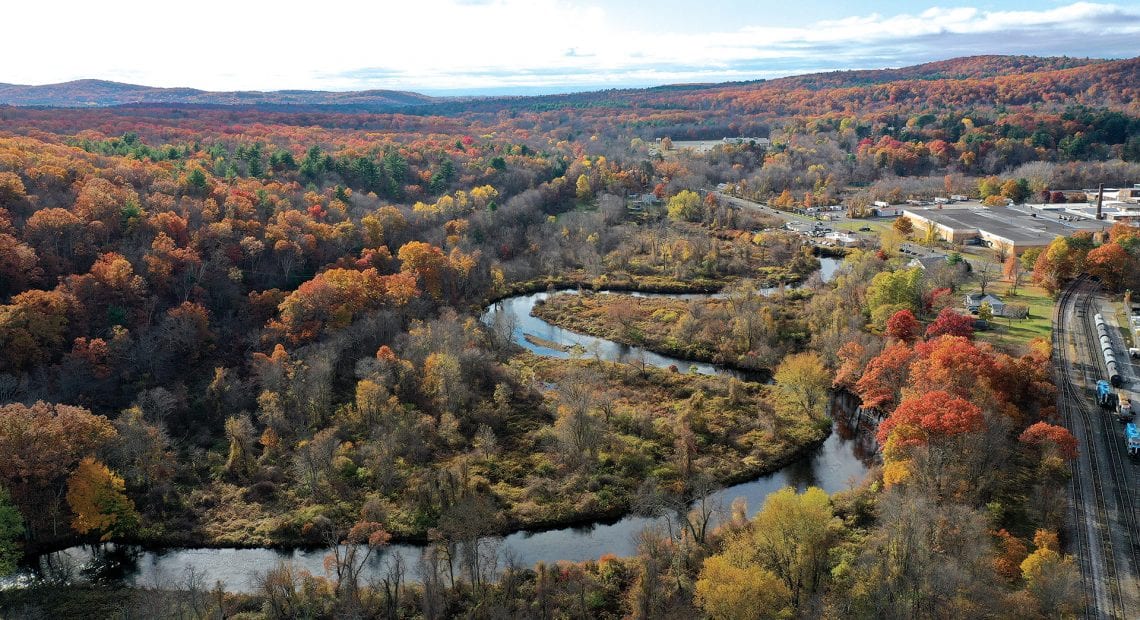 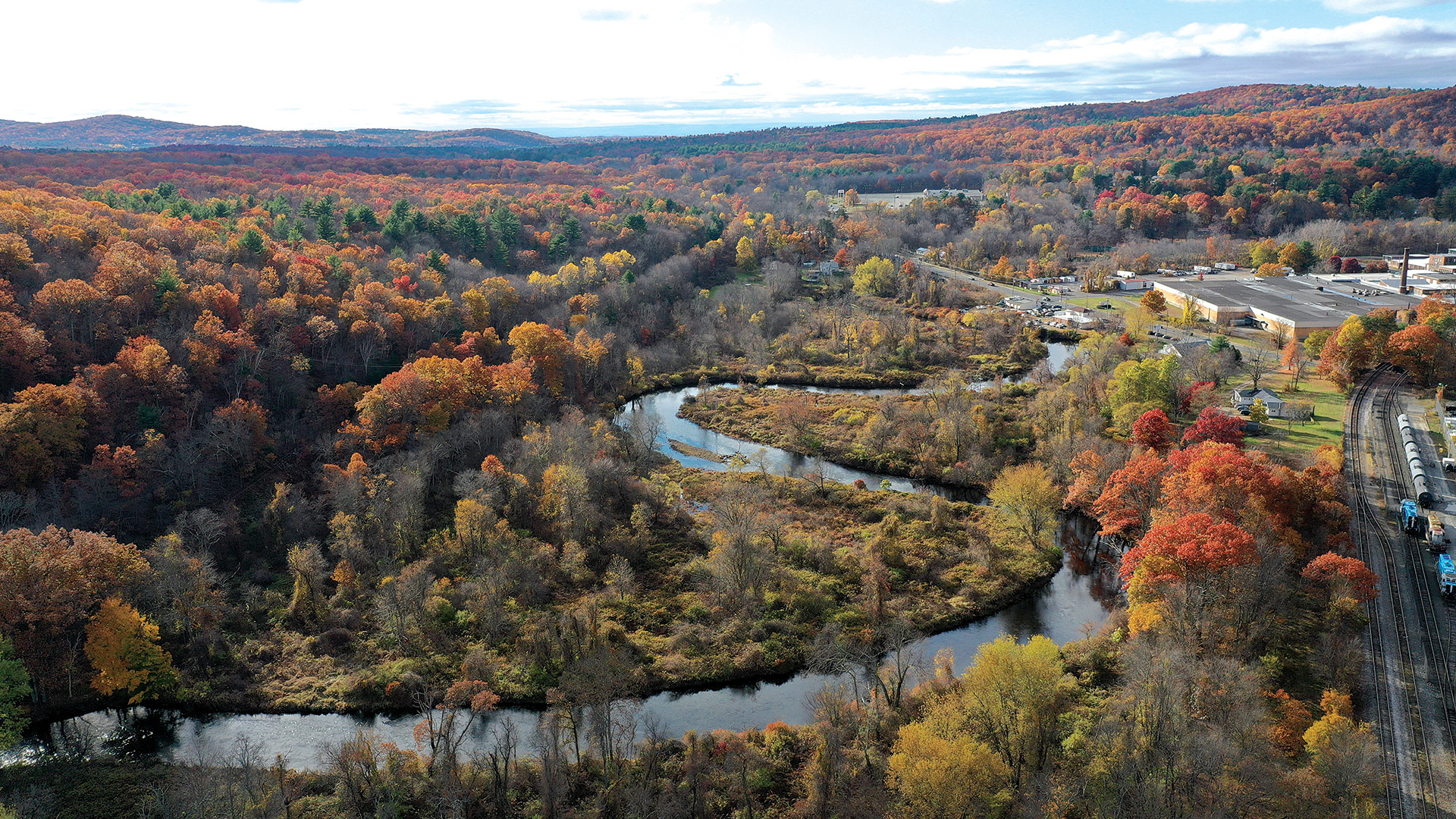 Palmer has a long history as a key train stop, making it an oft-discussed part of conversations about expanded east-west rail.

As the nation recovers from a year of dealing with COVID-19, Palmer Town Manger Ryan McNutt looks to the future with optimism.

These days, as many people in the larger metropolitan areas work from home, there is no certainty they will return to five days a week in the office. That dynamic, McNutt believes, gives Palmer a real opportunity. With the average home price in Palmer at $191,000 compared to the Greater Boston area average of more than a half-million dollars, he wants to take advantage of this moment.

“The ability to start a family and work toward the American dream is much more difficult to afford in the Greater Boston area and much easier in our area,” he told BusinessWest. “We may see a change in working conditions where office workers spend up to four days a week at home, which would allow them to live in Western Mass. and take advantage of our affordability.”

McNutt is creating a marketing plan to reach out to the Boston area as well as other densely populated urban areas to promote the value and quality of life available in Palmer and surrounding areas.

“Right now, there are three alternative plans for how the east-west rail will be configured, and Palmer has a stop in each scenario.”

One huge boon for Palmer in this regard would be the proposed east-west rail project. The plan to offer passenger rail service from Pittsfield to Boston has been included in the federal infrastructure plan about to go to Congress. McNutt said east-west rail would be transformative for his town.

“Right now, there are three alternative plans for how the east-west rail will be configured, and Palmer has a stop in each scenario,” he said. Though many steps remain before the plan wins approval and comes to fruition, town planners are looking to identify the right location, and they want to make sure it’s shovel-ready.

“I want to be so ready that, if we were told they could helicopter in a train station and drop it where a site was selected, we want to be ready for that helicopter,” he said.

The economic potential of a train stop in Palmer is not lost on Andrew Surprise, CEO of Quabog Hills Chamber of Commerce. On the job since January, Surprise looks to help chamber members increase their engagement with state and local officials, as well as identify economic programs to benefit the area.

He has already begun working on a grant for downtown Palmer through the Transformative Development Initiative, a MassDevelopment program. The grant provides incentives for businesses to locate in condensed areas, like downtown settings, that are walkable.

“That’s a positive for us because Palmer’s downtown is very walkable,” Surprise said.

He is also applying to the Massachusetts Cultural Council to have downtown Palmer designated as a cultural district. In addition to being a walkable area, a community must show it hosts arts and cultural events on a regular basis.

Surprise admits these projects will take several years to be successful, but the effort would be worth it. “A well-developed and vibrant downtown will help us bring in other businesses.” 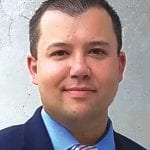 “Palmer is well-placed for manufacturing facilities; its access to major highways makes it easy to get products to Boston, Hartford, Albany, and New York City.”

As part of his outreach to local officials, he reminds them of Palmer’s tradition and continued relevance as a manufacturing town.

“There has been a lot of talk on the national level about restoring manufacturing jobs,” he said, adding that communities like Palmer that have plenty of available land could be attractive to Boston-area high-tech companies looking for manufacturing space. “Palmer is well-placed for manufacturing facilities; its access to major highways makes it easy to get products to Boston, Hartford, Albany, and New York City.”

The chamber recently conducted a survey among its members to find out how they weathered the pandemic. Results so far show that two-thirds of businesses have been able to avoid employee layoffs. By finding alternatives such as reducing hours, many avoided having to reduce their staffs.

“We conducted the survey to learn what types of services the chamber could offer to help businesses find success going forward,” Surprise said, noting that these are only preliminary results, as all surveys have not yet been returned.

As a first step, the chamber is planning a number of seminars for small businesses to help them increase foot traffic and bring in new customers through approaches such as digital marketing.

“Many small businesses are not familiar with digital or social media marketing, and it’s really a necessary tool in the 21st century,” he noted.

McNutt is hopeful some kind of infrastructure package passes Congress because, like municipal leaders all over the country, he faces big projects that need attention.

“There are 47,000 deficient bridges in the U.S., including the nine that are in Palmer,” he said.

But for a small community, he added, taking on a big infrastructure project is a heavy lift, and Palmer has been working with U.S. Rep. Richard Neal to secure funding for at least two bridges, on Main Street and Church Street, which need the most attention.

One project that could add significantly to the town tax revenues involves building 300 seasonal cottages on Forest Lake. McNutt is excited about the potential for this project.

“Right now the cottages are planned for warm-weather use and would bring plenty of folks in to stay in town,” he said. “They will most likely go to local restaurants and make other purchases, so we could see a real economic multiplier effect from this project.”

Palmer has also agreed to be a host community for the cannabis industry. Two retail sites and two cultivation businesses have run into delays to start their enterprises, but McNutt blames COVID for the slowdown.

“The Cannabis Control Commission held fewer meetings than they normally would, and site visits were more difficult to do,” he explained. “In short, everything in the regulatory environment was just harder to do during the pandemic.” He feels confident at least one site will be up and running this year or early in 2022.

As the number of people vaccinated increases and COVID concerns decrease, he believes the opportunity is now for Palmer and surrounding towns.

McNutt noted that people can still pursue the American dream by locating to Palmer because, in addition to its natural surroundings, the town has easy access to metropolitan areas. In short, he said, “we have the best of both worlds.”