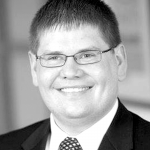 Christopher Visser, formerly an associate attorney with the firm, was elected Partner at Bulkley, Richardson and Gelinas, LLP effective Jan. 1. He joined Bulkley Richardson in 2011 and works principally in its Springfield office, where he is a member of the firm’s Litigation/ADR Department and Health Law Practice Group. Visser’s practice consists primarily of handling complex litigation with a focus in professional malpractice defense. He has represented physicians, mid-levels, nurses, and healthcare organizations in all types of medical-malpractice cases, ranging from labor and delivery cases to cancer cases. He has also successfully represented physicians before the Board of Registration in Medicine, and other healthcare providers before their licensing boards. He also has experience representing clients in insurance-coverage litigation, insurance subrogation, products liability, personal injury, trust litigation, and other civil-litigation matters. He has handled all aspects of prosecuting and defending civil-litigation actions and has represented clients in housing, district, and superior courts, as well as in federal and appellate courts. He has also represented clients in administrative proceedings, arbitrations, and mediations. Visser is a 2003 graduate of Brock University in St. Catharines, Ontario. He attended Western New England University School of Law, where he was a member of the National Moot Court team, and earned his juris doctor in 2009, cum laude. He returns annually to Western New England University School of Law to mentor first-year students in the Introduction to the Legal Profession course. After graduating, he worked for an immigration firm in Hartford and a civil-litigation firm in Springfield prior to joining Bulkley Richardson. He is admitted to practice in Massachusetts and New York.

The Gaudreau Group Insurance and Financial Services Agency recently welcomed back to its team Kate Roy, Director of Marketing. In her new role, Roy helps communicate the firm’s mission: “we help our clients discover, protect, and enhance the people, places, and things that are important to them.” Working closely with the Gaudreau Group’s strategy advisors, account managers, and President Jules Gaudreau, Roy delivers communications that help current and prospective clients understand the benefits of working with the Gaudreau Group. As a certified insurance counselor, she has a deep understanding of the insurance industry and worked for several years in the personal-insurance business, both for a large national carrier and for several agencies. “We’re excited to have Kate back on our team. Her combination of marketing expertise and in-depth insurance experience is rare, resulting in a greater ability to communicate the Gaudreau Group’s mission to a broad audience in a unique and effective way,” Gaudreau said. A graduate of Springfield Technical Community College’s teleproduction technology program, Roy has experience in several different media channels. She was featured on roughnotes.com, the online presence of Rough Notes magazine, for her expertise on digital marketing in the insurance-agency world. She is also a graduate of the Springfield Leadership Institute, has volunteered with the East of the River Five Town Chamber of Commerce (ERC5) and Minnechaug Regional High School’s Career Readiness collaboration, and is a current contributor to the Westfield Education to Business Alliance. Roy was with the Gaudreau Group previously from 2008 to 2014 in customer-service and administrative roles. Prior to her years in the insurance industry, she was a videographer and editor for a local NBC TV affiliate.

Whittlesey & Hadley announced Lisa Wills, CPA has been elected to partner, effective Jan. 1. Wills has been working primarily with nonprofits over her 25-year career, growing her practice and navigating ever-changing regulation. Her progressive approach to complex audits has helped her build a reputation as an industry thought leader. Wills is an active member of the AICPA as well as the CTCPA. “Lisa is a talented auditor and trusted advisor to nonprofits throughout Connecticut and Massachusetts,” said Managing Partner Drew Andrews. “Nonprofits are one of Whittlesey & Hadley’s largest practice areas, so expanding our leadership team with a professional of Lisa’s caliber demonstrates our ongoing commitment to providing exceptional service to the nonprofit community.”

HealthSouth Rehabilitation Hospital of Western Massachusetts recently welcomed Susan Barone to its senior leadership team as director of Marketing Operations. She brings extensive healthcare experience to HealthSouth, as she has worked in the Western Mass. community for 25 years as a registered nurse and has held roles in hospital operations and medical practice leadership. Barone’s area of expertise includes healthcare business development and marketing, with a vast knowledge of the area’s healthcare community. She received her nursing education from Baystate Medical Center School of Nursing, a bachelor’s degree from Bay Path University, and an MBA in healthcare leadership from Elms College. 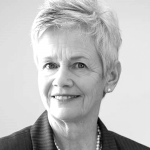 American International College (AIC) Professor of Criminal Justice Jill McCarthy Payne has been appointed by Gov. Charlie Baker to a two-year term on the Gaming Policy Advisory Committee, a subcommittee of the Massachusetts Gaming Commission. The committee advises the Gaming Commission on matters including annual resource agenda, public safety, addiction as it relates to gambling, mitigation, and other issues. Along with Payne, committee members include two senators, two legislators, representatives from public health and labor, and Gaming Commission Chair Stephen Crosby. Payne, who resides in Springfield and represents Region B as a Springfield member, was selected by Baker because of her previous involvement with the casino project in Springfield. Appointed by Mayor Domenic Sarno, Payne served on his five-member committee that helped select MGM as the casino of choice for Springfield. In addition, and prior to her recent appointment by the governor, Payne was tapped to be a member and chair of the local Community Mitigation Committee, thereby serving dual roles at the state and local level. “I’m excited to be part of this opportunity for Springfield. Although streets are narrowed currently due to construction, upon its completion, the casino will bring a new vibrancy to downtown,” Payne said. “The MGM project itself is unique in the gaming industry because it is considered an ‘inside-out’ model, meaning that patrons will be able to visit all amenities, including restaurants and entertainment venues, without ever entering the casino itself. In addition, the casino is being built within an urban area, using the MassMutual Center, Symphony Hall, and CityStage, to become part of the fabric of the community. It is really a first of its kind.” While initial meetings have already begun in Boston, the work of the Gaming Policy Advisory Committee will begin in earnest once all facilities are open.

Loyalty360, the professional association for customer loyalty, tapped PeoplesBank Senior Vice President of Retail Sheila King-Goodwin to present on the bank’s approach to customer engagement at the 2016 Engagement & Experience Expo in Denver. Her presentation was titled Branch of the Future: It’s Not Just About the Building, It’s Your Brand. King-Goodwin touched on a number of aspects of customer engagement, including service, innovation, and authenticity. “When they come in a branch, we really have to nail that customer experience,” she said. “We create differentiation through authenticity.” 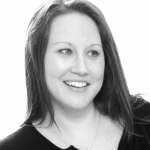 Berkshire Design Inc. announced that Kerry Bartini, AIA, earned her architectural license in December and is now a registered architect in Massachusetts. Bartini has more than 14 years of experience in the architectural profession, and her expertise encompasses design and project administration for residential and commercial architectural design projects. Bartini has been a member of the Berkshire Design team for over five years. Her recent projects in collaboration with the Berkshire Design team include work on private residences throughout Berkshire County, as well as work on a new community building for Gould Farm in Monterey, the redevelopment of the former DeSisto School property in Stockbridge, and the Residences at Bellefontaine Canyon Ranch Condominiums in Lenox. In December, Bartini was honored as one of only 12 recently licensed architects from across the country who were selected to participate in the 2016 National Council of Architectural Registration Boards (NCARB) Think Tank. Participants in the think tank are responsible for providing critical feedback to the NCARB regarding its mission, programs, and services. Bartini graduated from Roger Williams University in 2003 with a bachelor’s degree in architecture.

Holyoke Rotary President Venus Robinson announced the selection of Helene Florio as the 2016 recipient of the William G. Dwight Distinguished Service to Holyoke Award. The selection jury, chaired by last year’s recipient, Carl Eger Jr., has chosen Florio to be the latest recipient of this coveted award. The first award was presented in 1940 by the Transcript-Telegram to Joseph Weis. Holyoke Rotary was pleased to take over presentation of the awards when the Dwight family was no longer involved in the newspaper business in the city. A native of Holyoke, Florio attended schools in Torrington and Goshen, Conn., graduating from Wamogo Regional High School in Litchfield, Conn. before coming back to this region. She attended school at the University of Miami followed by Katharine Gibbs School in Boston. Florio most recently was president of the Rotary Club of Holyoke during its centennial year. During this time, she was awarded Rotary’s highest recognition, the Paul Harris Fellowship, which acknowledges individuals who contribute, or who have contributions made in their name, to the Rotary Foundation of Rotary International. Paul Harris was the founder of Rotary in 1905, and the foundation was established in 1957. Florio joined the Holyoke Rotary Club in 2002, becoming the first third-generation Rotarian in the Club, and has a community-service classification within Rotary. She currently serves as executive director of the Holyoke Taxpayers Assoc., where she is also president of the board of directors. She is also vice president of the WestMass Elder Care board of directors. She has also served as president of the former Junior League of Holyoke, the Area Mental Health Center, the Holyoke Hospital Aid Assoc., and the former Holyoke YWCA. She has served on the boards of the United Way, the Holyoke chapter of the American Red Cross, Loomis Communities, and Holyoke Junior Achievement Foundation. She has lent her skills to Wistariahurst Museum Assoc. In addition, Florio is a trustee of the Mansir Fund, serving the needs of disabled children in the Greater Holyoke area. In 2009, she was elected as one of the nine local citizen volunteers to serve on the Charter Revision Committee. From CIT experience at Camp Maria Pratt as a Girl Scout to Brownie leader in Holyoke, to Ski Club and PTO, she has worked to serve children in and throughout the area. During Holyoke’s centennial celebration, she was honored as one of Holyoke’s top 100 volunteers. Florio follows in the footsteps of an aunt, Hortense Alderman Cooke, and her father, Wayne Alderman, previous recipients of this award. She will be honored at a celebration on Wednesday, Feb. 8 at the Delaney House in Holyoke. Call Deb Buckley at (413) 534-7355 for information about tickets to the dinner. 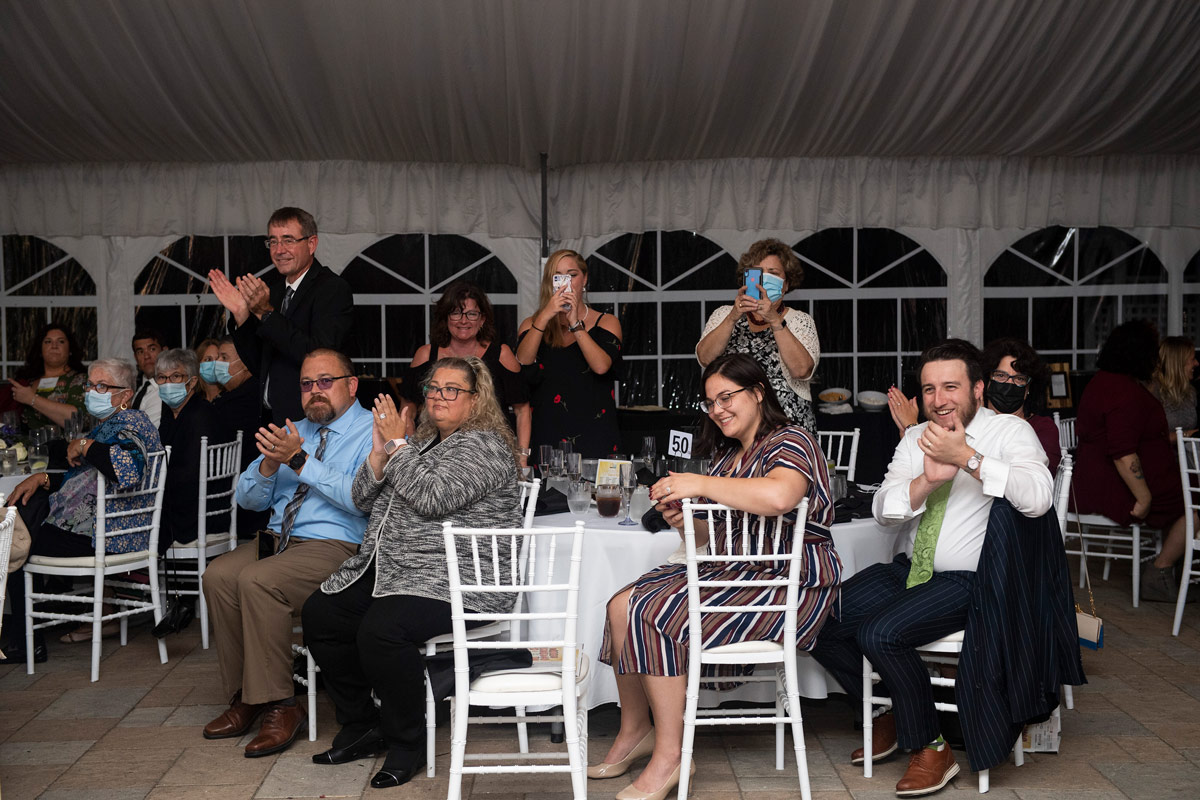