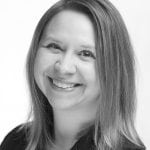 Amanda Mercier of the Gaudreau Group recently achieved the Registered Employee Benefits Consultant (REBC) designation from the National Assoc. of Health Underwriters (NAHU), which views this designation as the highest form of recognition in the health-insurance industry, demonstrating Mercier’s commitment to educational leadership within the insurance profession. The REBC designation distinguishes Mercier as an elite practitioner in her field. The program analyzes group benefits with respect to the ACA environment, contract provisions, marketing, underwriting, rate making, plan design, cost containment, and alternative funding methods. The largest portion of this program is devoted to group medical expense plans that are a major concern to employers, as well as to employees.

In recognition of another record-breaking season for the business, the Springfield Thunderbirds announced that three staff members will take on new roles for the 2018-19 season. Thunderbirds President Nathan Costa announced the promotions of Steve Kunsey to senior manager of Business Development and Nicole Taylor to Business Development & Special Events executive. Additionally, Frank Grimaldi will take on a new role as Ticket Operations and Retention executive. Kunsey and Taylor were key members of the Thunderbirds’ sponsorship sales staff during the 2017-18 season. That department reached a new pinnacle with more than $1.2 million in corporate cash for the first time in Springfield AHL history, including 177 corporate accounts — the second-highest total in the AHL. Grimaldi will take on his new role after previously serving as an account executive in Ticket Sales. He will oversee the Thunderbirds ticketing system, with a focus on digital ticketing and data collection. 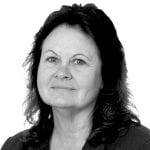 Robinson Donovan, P.C. announced that seven attorneys were listed in The Best Lawyers in America 2019. They include: 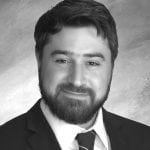 Bacon Wilson announced that Isaac Fleisher joined the firm as an associate on the firm’s business and corporate team. As an accomplished transactional attorney, Fleisher has broad experience in all aspects of business representation, for legal matters ranging from mergers and acquisitions to business formation and financing, real-estate transactions including land use and zoning issues, copyright work, and mediation and arbitration. He also has experience representing clients in the rapidly expanding solar-energy and cannabis industries. Earlier in his career, Fleisher worked as in-house counsel for a prominent musical theater licensing agency in New York City, and as a legal fellow for the New York state attorney general. He serves on the board of the Lander-Grinspoon Academy in Northampton, and is a member of the Hampden County Bar Assoc. pro bono advisory board.

Thirteen lawyers from Bulkley Richardson were recently selected by their peers for inclusion in The Best Lawyers in America for 2019. These 13 lawyers were recognized in 19 unique areas of practice. They include: 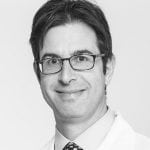 Dr. Yannis Raftopoulos, a board-certified bariatric surgeon and weight-management specialist at Holyoke Medical Center, has been selected to give a podium presentation at Obesity Week 2018 in Nashville, Tenn. in November. Obesity Week is an international event focused on the basic science, clinical application, surgical intervention, and prevention of obesity. By combining both the American Society for Metabolic & Bariatric Surgery (ASMBS) and the Obesity Society (TOS) annual meetings, Obesity Week is the largest obesity meeting in the world, bringing together world-renowned experts in obesity to share innovation and breakthroughs in science. Raftopoulos will present his findings on effectively assisting patients in losing 10% of their body weight before bariatric surgery. With a sample size of nearly 1,400 patients, out of which 190 patients were from Holyoke Medical Center, patients who are able to lose more than 10% of their body weight before bariatric surgery had substantially better results after two years post-surgery than those who did not lose weight or lost less than 10% of their body weight. This is the first time that such effective weight loss prior to surgery has been reported and additionally has been linked to better weight loss after surgery long-term. 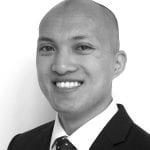 David Henry, a Christmas tree grower and owner of the Henry Co. Insurance, has been named chairman of the board of Eastern States Exposition. A trustee of the ESE since 1983, Henry has served as a member of its board of directors since 2005, and has been secretary since 2012. Henry has been an independent insurance agent for 50 years, specializing in life, disability, and long-term care. He has been named to the Senior Agent Hall of Fame and the Million Dollar Round Table. In October 1978, Henry purchased the Scituate, R.I. farm that had been in his family for more than 160 years, the land where he began growing Christmas trees at the age of 12 as an FFA project. Under Henry’s leadership, the property became the largest Christmas tree farm in Rhode Island. With help from his wife, Linda, Henry tends to between 90,000 and 100,000 Christmas trees on the 131-acre farm that bears his name. Simply called Henry’s Christmas Tree Farm, the sprawling land has been in his family since 1851. The Eastern States Exposition has been an important part of Henry’s life for more than 50 years. He attended the Big E as an FFA member and served as the Rhode Island state FFA president. 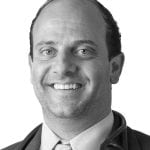 The American Lung Assoc. announced that Dr. Laki Rousou, program director of the Lung Cancer Screening Program at Holyoke Medical Center, was named a LUNG FORCE Hero for his commitment to making a difference in the community for individuals living with lung cancer. Rousou is a thoracic surgeon at Holyoke Medical Center. He trained in general surgery at New York University Langone Medical Center and completed a research fellowship in cardiothoracic surgery at Beth Israel Deaconess Medical Center/West Roxbury VA Hospital – Harvard Medical School. He then completed his cardiothoracic surgery residency at Yale New Haven Hospital/Yale Medical School. Rousou is board-certified in general surgery and thoracic surgery with broad expertise in diseases of the chest and abdomen. His particular interests are on lung cancer and minimally invasive/robotic surgery for the treatment of thoracic surgical diseases. As an official LUNG FORCE Hero, he will become a storyteller for the American Lung Assoc. and a voice for awareness, research, and education on lung cancer.

Webster Bank announced that Tim Patneaude has been promoted to executive vice president. Patneaude serves as chief operating officer for HSA Bank, a division of Webster, and has a broad range of responsibilities, including information technology, banking operations, professional services, project management, and continuous improvement. Since joining HSA Bank in 2015, he has made significant improvements in process, measurements, and focused execution across the organization, resulting in superior performance. Patneaude earned a bachelor’s degree in information systems at the University of Wisconsin-Milwaukee.

Whittlesey announced that Tom Davis, CPA, CFE has been named a manager in the firm’s Holyoke office. In this role, he is responsible for expanding and managing assurance and advisory engagements. Davis has more than eight years of experience in providing accounting, tax, and advisory services to manufacturing and distribution, retail, renewable energy, construction, and nonprofit organizations. Over his career, he has managed client relationships, made process improvements, and analyzed data to provide actionable insights for his clients. Davis formerly served as audit manager for a national public accounting firm. He is a graduate of Boston College and has an MBA in accounting from the University of Phoenix. Whittlesey also announced the promotions of Abbie Gamache, Joshua Labonte, Kristie Nowik, and Bryan Santiago to senior associate.