Webber and Grinnell Insurance Agency announced several recent changes at its North King Street office in Northampton:
• Mat Geffin has been named Vice President and Equity Partner at the firm. He started at the agency in 2009 as vice president of business development in the commercial-lines department, and quickly established himself as a leader at the agency. Geffin leads the sales efforts at Webber and Grinnell, in addition to managing a large book of business encompassing the construction, habitational, manufacturing, and nonprofit market niches. He is an active board member for the United Way of Pioneer Valley, Tech Foundry, and the philanthropic services committee at the Community Foundation;
• Jenna Rodrigue has been promoted to Commercial Lines Supervisor. She leads a team of eight business-insurance specialists and is responsible for the day-to-day service of the agency’s commercial clientele. She began her career at Webber and Grinnell 12 years ago as a commercial lines customer-service representative;
• Kathy Cusson has been named Personal Lines Supervisor. Part of the Webber and Grinnell team since 1989, she leads a staff of nine and is responsible for the day-to-day servicing of the agency’s personal-lines clients.
••••• 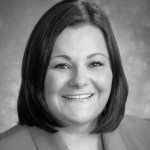 Country Bank announced that Alison Shilinsky has been named senior vice president of Human Resources. With 10 years in the industry, Shilinsky is an experienced human-resources professional. She earned her master’s degree in management from UMass Amherst and her bachelor’s degree in English and communications from Assumption College. Shilinsky’s previous work at Brown Rudnick LLP, a prominent Boston law firm, has had a significant impact on her approach to human resources and business. She is an active member of the Society for Human Resources Management, the New England Human Resources Assoc., the New England Employee Benefits Council, and the Mass. Bankers Assoc. “Alison is an exceptional example of what a human-resources professional is supposed to be,” said Paul Scully, president and CEO of Country Bank. “Not only is she knowledgeable and dedicated, she demonstrates compassion and empathy to all employees. We are thrilled to have her join our team, as we know she will be a valued resource for Country Bank and its employees.”
••••• 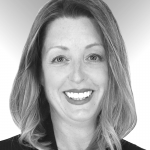 Greenfield Cooperative Bank announced that April Healey has joined the bank as a Mortgage Originator at the bank’s main office on Federal Street in Greenfield. Healey has more than 14 years of experience in real estate, most recently at a local, regional bank. She will be responsible for originating residential mortgage loans in Franklin and Hampshire counties. She attended Holyoke Community College and has held various positions with the Realtor Assoc. of Pioneer Valley, including director and chairperson of its Realtor Public Image Committee. Greenfield Cooperative Bank and its Northampton Cooperative Bank division is a community-based institution with more than $525 million in assets and $60 million in capital reserves. The bank provides residential mortgages, commercial loans, and deposit products at 10 offices in Western Mass.
••••• 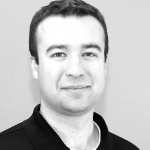 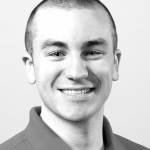 Tim Irwin and Chris Mader of OMG Inc., have been named in the annual 30 Under 30 Awards given jointly by Young Fastener Professionals and the Fastener Industry Coalition. “To be recognized by this prestigious group is certainly a high honor for these two outstanding individuals, and also for OMG,” said Hubert McGovern, president of OMG. “We are very proud of their accomplishments and for this great industry recognition.” The 30 Under 30 Awards are given annually to young industry professionals who are making a difference in the fastener industry. Ideal candidates are leaders who are driven, motivated, and passionate about their jobs and the future of the fastener industry. Individual nominations are selected based on several criteria, including their contribution to measurable results in the form of cost savings, sales increases, and design-efficiency increases. Irwin is a Product Manager with FastenMaster, where he is responsible for the LOK line of structural wood fasteners. He was cited for his team leadership as well as significant contributions he has made on the success of the FlatLOK, the ThruLOK, and the FastenMaster business as a whole. In his role as product manager, he has been able to significantly impact sales revenue and profits and has demonstrated a keen ability to drive product development based on end-user needs. Mader is a Codes/approvals Support Engineer for OMG’s Roofing Products division, responsible for helping evaluate new products, as well as developing and maintaining technical product specifications, maintaining code approvals, and keeping abreast of technical changes and advancements in the commercial-roofing industry. He has been instrumental in helping OMG understand critical compliance standards and requirements for products sold in various international markets and for his work with products designed to secure solar PV racking systems to commercial roofs. The winners from this year’s 30 Under 30 Awards were recognized at the National Fastener Industrial & Mill Supply Expo in Las Vegas on Oct. 21. Headquartered in Agawam, OMG Inc. is North America’s largest manufacturer of specialty fasteners and products for commercial and residential construction applications. The company operates two business units: OMG Roofing Products and FastenMaster.
••••
Beloved Earth, the Pioneer Valley’s first green cleaning company, has promoted Lynn Moynahan to the position of Assistant Vice President in charge of the residential services division. Beloved Earth co-founders David and Terra Missildine serve as company president and vice president, respectively. David oversees commercial services, and Terra oversees general operations. Moynahan has been with Beloved Earth for three years and previously served in the role of residential services manager for Hampshire County only. In her new position, Moynahan will oversee the entire residential services team, including managers in other counties. Beloved Earth employs a total of 12 staff members in its two divisions. The business primarily serves Hampshire County, but also Hampden and Franklin counties.
••••• 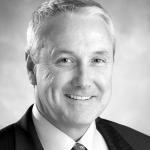 Edward Garbacik has joined the team at Private Financial Design, LLC in South Hadley. For more than 30 years, he has been providing individuals and small-business owners with comprehensive financial planning as an advisor and planner, including investment-advisory services, retirement planning, estate planning, and other wealth-management needs. He earned the certified financial planner designation through the CFP certificate program at Boston University and has also been awarded the accredited investment fiduciary (AIF) designation, widely considered the fiduciary standard for business retirement planning and plan-sponsor services. Prior to joining Private Financial Design, Garbacik held the title of partner at a boutique investment firm specializing in retirement-income planning. He was also vice president and managing partner of investments at FSB Financial Group, where he led the group’s financial-planning and wealth-management team. Private Financial Design offers comprehensive financial planning for both personal and business needs, including fee-based investment-advisory services, retirement plans, and other wealth-management services.
•••••
Dakin Humane Society has appointed Kimberly Hannah and Brendan Wood to serve three-year terms on its board of directors, according to interim Executive Director Nancy Creed. Hannah currently serves as office manager and executive assistant to the president and CEO for the Sisters of Providence Health System. Prior to that, she was the office manager and executive assistant to the president and CEO of Cooley Dickinson Hospital and worked at Baystate Health for several years. She has volunteered for animal-rescue organizations including FACES and the Westfield Animal Shelter, and is a graduate of Bay Path College. Wood is a wealth-management advisor with the Foundation Management Group at Merrill Lynch. He previously taught at independent schools in Santa Barbara, Calif., and is a graduate of Princeton University. Dakin Humane Society delivers services that improve the lives of animals in need and the people who care about them from its two locations in Springfield and Leverett. The organization shelters, treats, and fosters more than 20,000 animals each year and has performed more than 62,000 spay/neuter surgeries since 2009.