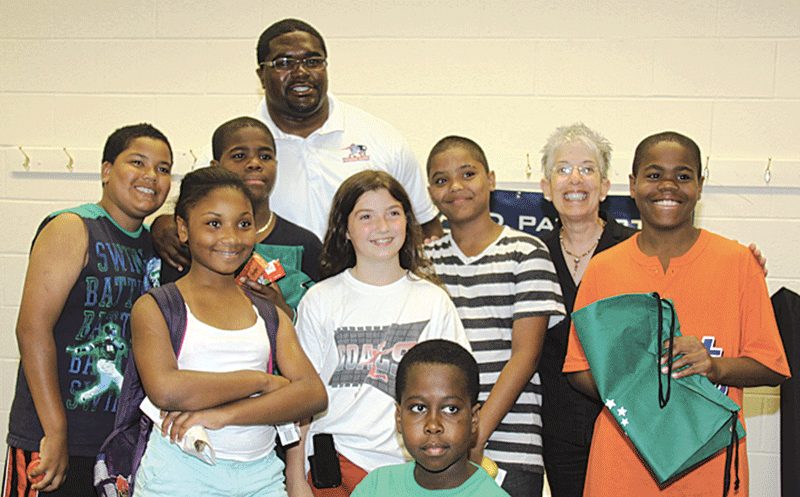 Pitching In for the Red Cross 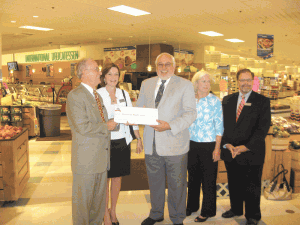 In response to the storms and tornadoes that caused massive destruction in Western Mass. on June 1, Big Y World Class Markets responded by hosting a donation program in all 58 Massachusetts and Connecticut stores. Big Y World Class Markets collected donations from customers and employees resulting in a grand total of $141,882.64 for American Red Cross Disaster Relief. Funds were raised through a special in-store customer/employee donation program and from employees in all other Big Y locations, from the Store Support Center to distribution centers. This gift includes a matching gift of $50,000 provided by Big Y Foods, with $10,000 each from Donald and Michele D’Amour and Charles and Elizabeth D’Amour. The community and employee donations along with the personal contributions by the D’Amour family will be utilized in support of the ongoing local relief efforts in these devastated communities and the many people affected by the natural disaster. A formal check presentation to the American Red Cross of Pioneer Valley was held on July 28. From left are Donald and Michele D’Amour; Rick Lee, executive director for the Red Cross Pioneer Valley Chapter; and Elizabeth and Charles D’Amour. 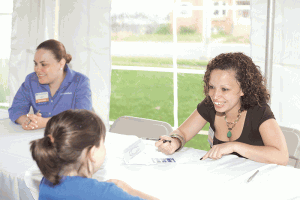 
Getting a Good Read 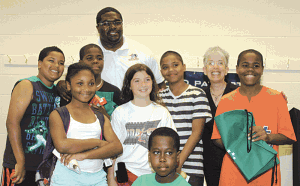 In June, Susan Jaye-Kaplan, co-founder and president of Link to Libraries, was one of five individuals from across New England recognized as a New England Patriots 2011 Community MVP Award winner. She was honored for her work with Link to Libraries, which has, since its creation, collected and distributed more than 27,000 books to area nonprofits and public elementary schools in underserved communities in Western Mass. and Connecticut. To commemorate that achievement, former Patriots running back Patrick Pass visited the Springfield Boys & Girls Club on July 19 to read to a group of 35 third- and fourth-grade students (some of which are enrolled in the Hasbro Summer Learning Initiative), and present Kaplan with a check to Link to Libraries for $10,000 to further the work of that organization. 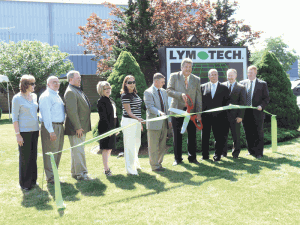 On July 15, The John R. Lyman Co. staged an official ribbon-cutting ceremony for its Lymtech Scientific division at its new location on Westover Road in Chicopee. Elected officials, local business leaders, and company employees were all on hand to participate in the ceremony. Third-generation owner Bill Wright said, “I am delighted to continue our commitment to Chicopee and to our local workforce. We have been manufacturing in this area for 105 years and hope to continue for many generations to come.” The family company boasts several second-generation employees on its payroll and even some third-generation workers as well. From left are: Gail Sherman, director of the Chicopee Chamber of Commerce; Michael Burzynski of Lymtech; Mike Ciolek, president of Associated Builders; Dawn Creighton, representing Associated Industries of Mass.; Anita Wright of Lymtech; state Rep. Joe Wagner; Wright; Chicopee Mayor Michael Bissonnette; state Sen. Mike Knapik; and state Rep. James Welch. 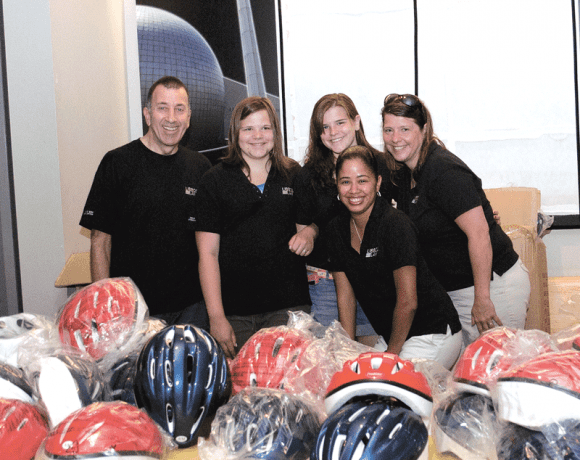